In my first testpunch write-up I was rather rough on the game, even brutal as some might say so I thought it would only be fair to give the game a second shot but with no motion controls. This meaning that I'd use the traditional controls as opposed to the motion style which is what I felt the game was really wanting players to embrace. It was certainly a better time, but I also felt like I had an unfair advantage over those potentially using motion and it didn't make it any more fun to play.

Things were slightly different in Arms this time with some new modes. There was a terrible one where you play Basketball with each others' bodies', one where you punch score signs and a final one where three people team up against an AI boss. It shows some extra depth I didn't know was there for the game, but didn't find them very interesting. It still very much feels like a gimmick game and I got bored of it quickly. I hate to just hate on a game, but I have to be honest with thinking that this is one of the worst games I've played. 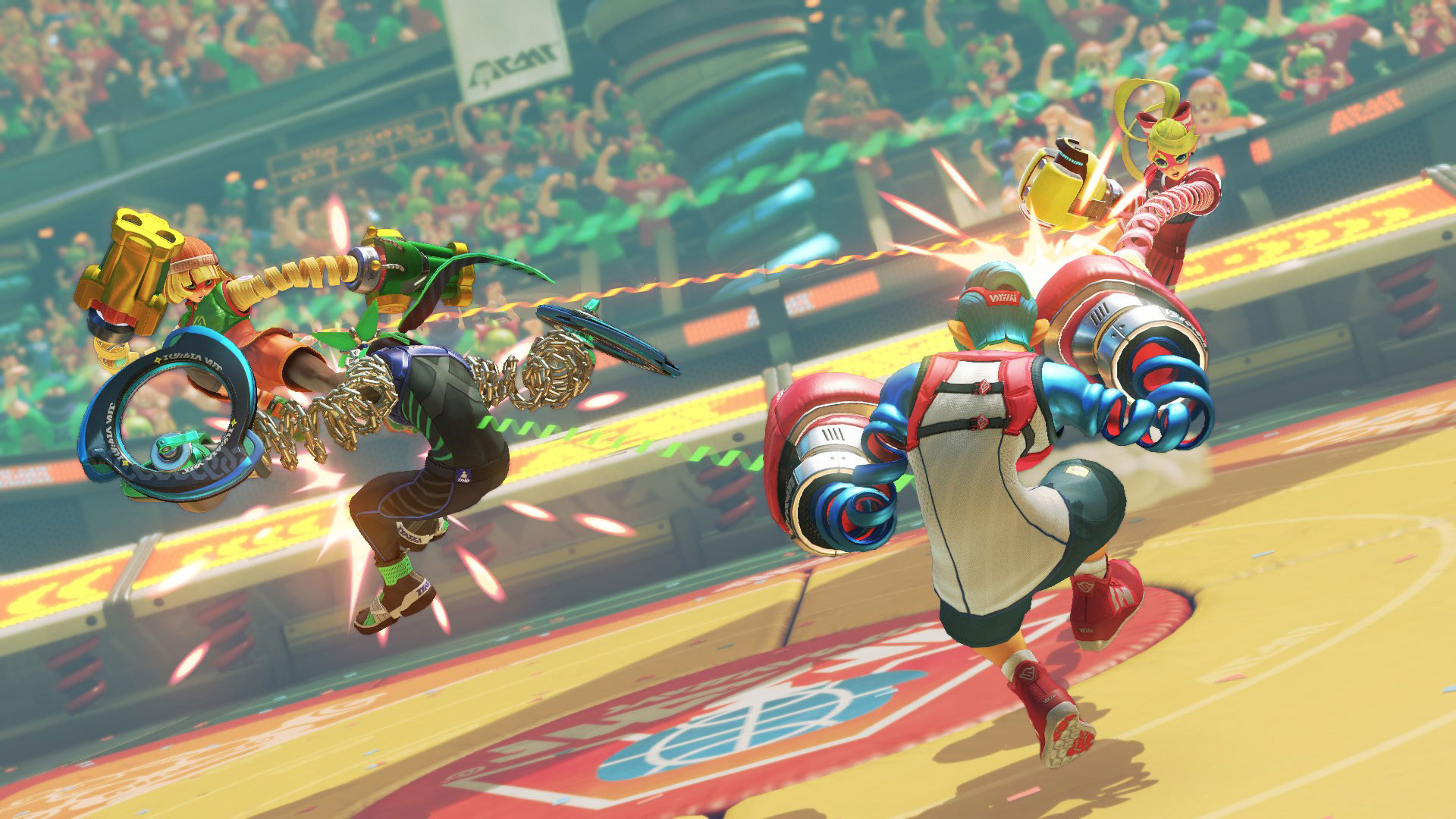 I know many are enjoying this for whatever reason, it's just not doing it for me. The colors look nice, it's got that Nintendo shine yet the game is silly. It doesn't exactly feel like a full release, but who knows how large the full game is. It seems like these testpunch sessions just focus on a party mix that throw together a combination of tiny mini games for players to battle each other. I'll also go over some other basics in case this is your first read on Arms. The online matches have up to four players (in testpunch) battling each other. These matches can be 1v1, 2v2, 3vAI or 1v1v1 in the party mix with the previously mentioned modes being played on them.

There's a wide roster of fighters, but I still just like the basics with the new Twintelle being alright. You get to swap arms before matches and this selection adds some distinction for those that want it. Going back to play on the traditional controls, it handles well with a much easier way to crush opponents. I was able to shuffle easily, set up the punches better and competed very competently. I still wasn't having a very good time though as you can imagine winning is always better for moral. I haven't been sold on Arms from what I've seen and played thus far finding it to not be very exciting.