Arms honestly isn't one of the best games I've played, it does carry that certain Nintendo wacky quality but the game is boring. In trying to be its own type of fighting game that all ages can enjoy, it just comes across as a gimmick. During the test round we were given the option to play through a tutorial and then compete online. The online consisted of 1v1, 1v1v1, 2v2 or even Volleyball variations. It doesn't come across as having much depth though if you enjoy the modes then you'll probably not care. The combat felt shallow and really didn't interest me.

At first it was rather difficult to get the arms to punch out how I liked and even by the end the movement didn't feel smooth. I just used motion controls as that's what I expect is intended, but the configurations for handheld/controller mode seemed easier and I can see a gap in competition based on which layout you go with. I got a decent workout after playing multiplayer for an hour straight with some light sweat and depending on how into it you get, you might as well. If you're going to make a comment that I'm out of shape, I go to the gym multiple times a week and spend most of that on cardio. 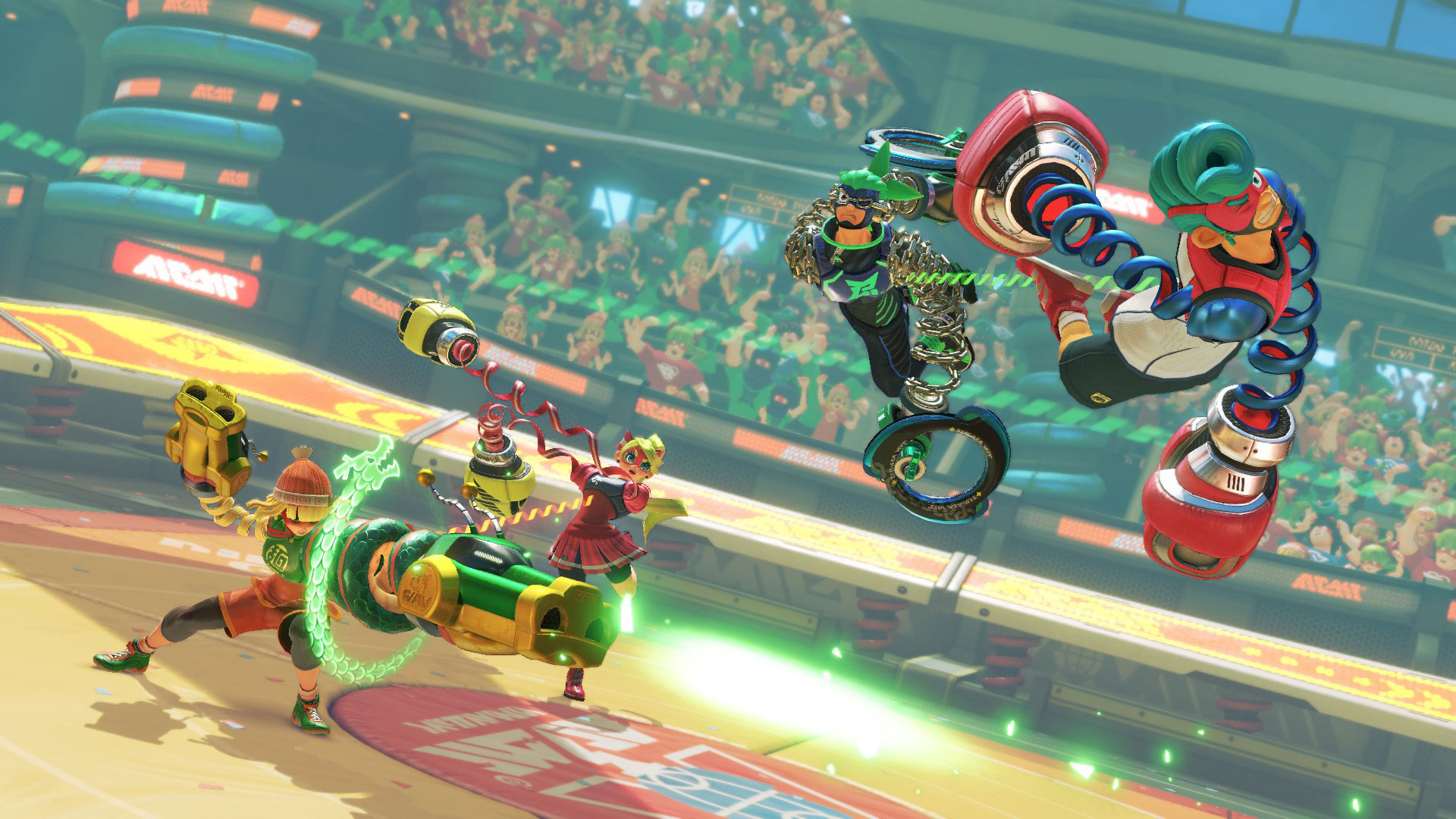 The multiplayer starts with everyone in these bubbles and then it spits you into random matches. The game loads and then both sides just flail their arms at each other. There seems to be some skill involved with learning various fist layouts, but some just felt useless. Why would I spend time throwing a fist for a laser to shoot when the other player can just punch me. The uneven player count matches (1v1v1) didn't make much sense as one player was always to the side since the foot movement is so damn awkward. They honestly should just have players use an analog stick to move as the side motions were distracting. Other than that it looks like a chaotic and wild battle that doesn't have enough strategy or order. When you do get matches where both players are carefully striking it becomes too slow.

The punching made sense, but I can see some having issues with the orientation of where the sticks are. The cast of fighters is colorful, but I only found the generic ones to be useful and maybe the genetics type guy. The super power move was interesting as you work on a meter throughout the match and then can unleash swift strikes. That aside, I found the game to be rather simplistic and I didn't enjoy playing it. There might be some more value with the single player aspects, but they would have been better off working on a traditional fighting game or one of their premiere franchises. This just comes across as a silly gimmick and I thought it was rather boring with elements of it being shallow, all to their own though. I'm not going to entirely judge it though as this was just a multiplayer test and maybe the single player content or rest of the multiplayer is amazing, but this doesn't feel like a full price game from what I saw.