Strangely, Lacuna Passage is the second empty and barren open world Mars game I've played this week. Like the other game ROKH, you're stranded on an empty Mars and then walk around aimlessly. I'd say ROKH at least has something to it whereas this game really doesn't have anything. It's also somewhat difficult to navigate since nothing is explained clearly and I think the quick impression people will get is that there's nothing to this. I also felt that a lot at the start and even after getting the hang of what I was doing, that feeling continued. That's not to say this isn't promising since it's an early access game, but right now it feels barren.

At first I walked from a pod to a habitat, it was fascinating to trek this rocky terrain. It looks rather nice while capturing the feel of the planet and the atmosphere is definitely perfect. Once I made it to my destination I looked outwards to see nothing and noticed my resources running down. You'll need to keep tracking of essentials such as oxygen, calorie intake and hydration among some other aspects. Most are renewable within the habitat, but others run out and you'll need to go search for more. This then starts a cycle of chilling out somewhat, walking to a new place and doing the same. It can be boring and even frustrating for some I imagine. 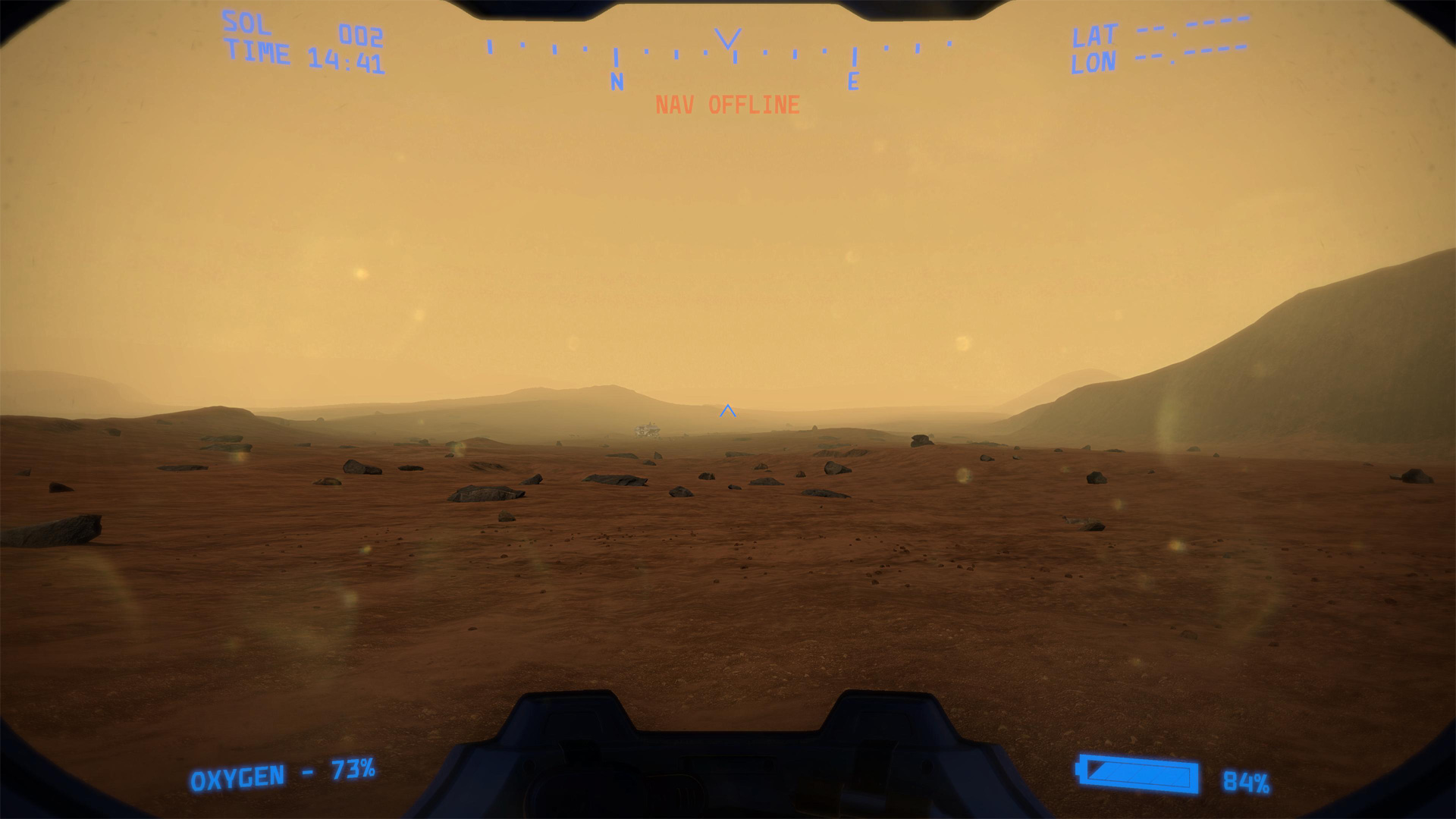 Again, I'm not trying to count this out but from what I've played I don't get the point. The story mode is currently locked so you just get a survival mode which is soulless. There might be a neat story or tale of survival, but what I got was a slow stroll on Mars. I suppose it would be neat in VR with its sleek menus and the feeling of being there, yet I wasn't thrilled by anything. The marks of a survival game are there, it's got the basics down though I'll need to see some structure for this to be anything more than a walk across a desolate wasteland.

This is disappointing as I absolutely love Mars and the sense of exploring the unknown. It's just a hard place to do anything with at its empty, I hope that this or ROKH develop into interesting games though for now both have let me down. I wouldn't count this out as the story could add a neat level of intrigue or maybe there will be more content added to survival. For now, it's just a frustrating and easy to get lost in empty world of orange dust.