Runescape Menaphos: The Golden City is a huge change for the long running game as it's a switch to doing large scale expansions. This first effort is actually crazy with just how large of a landmass is present and the distinct style of the area. It's basically Runescape meets ancient Egypt, or at least its own version of it. Within Menaphos you can find everything one would desire from the area including open sands with creatures; pyramids, gods and lots of ancient tombs. I was lucky to be given a special tour of this area over an hour session and will be going over details I was given along with some thoughts on it.

There's an overall story that spans four main quests with each of them being 75-90 minutes in length. Think of them like an Indiana Jones adventure with an epic story that's certain to not be forgettable. These core quests also continue a number of story lines that were previously left on cliff-hangers and should please many long time fans. These are supplemented by city quests which are randomly generating segments around the main town. These ones are more traditional to MMOs and should help add some extra content within the new world. Think of them as just busy quests were you help out citizens with things or tackle quick little problems that are present within the city. I also personally suggest visiting the grand library as it's magical and filled with lore that the community has helped generate, it's a special connection for the fans. Aside from the story based elements, Jagex has taken great care in post-game content as well with their dungeon tombs. 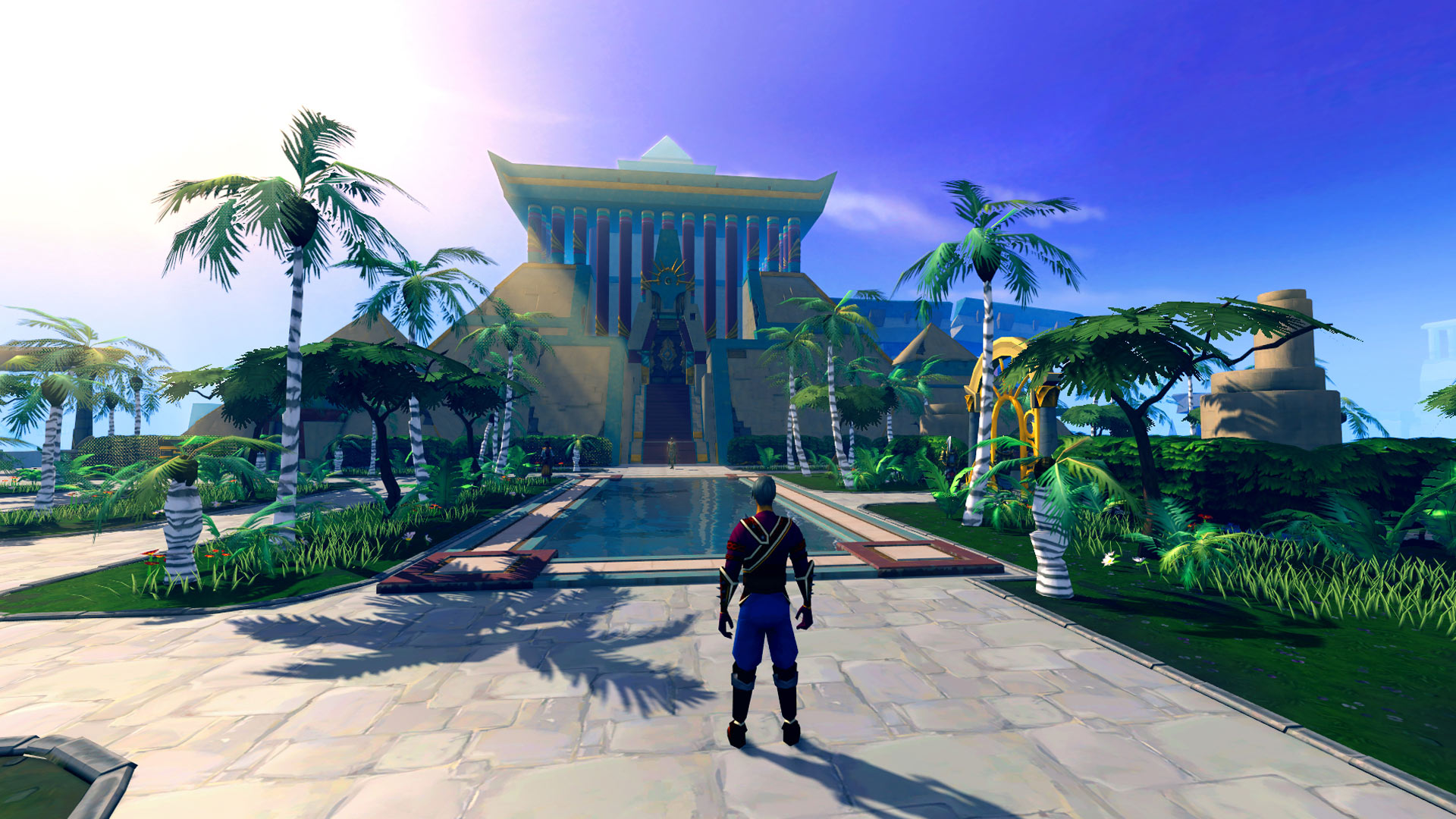 These Slayer Dungeons are end game content which only allows the most tough of Runescape players to enter them. With that, the Slayer level cap has been raised to 120 as it's one of the most popular and demanded skills for an increase. This will assist with the procedurally generated catacombs that players will explore. These rock places are filled with deadly enemies, treasure and monsters to tackle. We were given a brief tour showing a glance at some of the puzzles and areas that were filled with enemies. It was seriously dense with monsters. There was also a sense of spooky themes with how dark it was and there were many skulls lining the walls. The puzzle based ones were also deadly in another fashion by having a strict time being in effect and it'll be interesting to see how players will tackle those challenges.

I'm now going to shift back to the general theme of Menaphos and some more interesting aspects about it. First off, there are a ton of cats chilling around and magic carpets to ride. The main city looks lively even without the dense populous that's sure to line the streets and it's supposed to feel like a hub area. Menaphos is open to Members with no additional cost to them and there are plans to allow the regular free to players tour as well on occasion during events. The place holds many secrets that we were only teased and told specifically of the magic that Sundials possess. It really does look like an exciting package within what's a very long running game.

They've taken an area that's been sitting there for a long time and turned it into a magical expansion. You'll deal with gods, corruption and many dangerous threats while you journey across this land. It's going to be a thrilling ride as you work up your reputation with various factions and ultimately conclude the story aspects. I thought it looked great, especially since I haven't visited in a few years and if you'd like more details you should check out my incredible interview with David Osborne, Lead Designer for Runescape.