A new DLC pack for Call of Duty Ghosts has been announced today and I am actually quite shocked it hadn't leaked earlier as they usually do. As always the Devastation DLC pack will be released first on Xbox Live for April 3, 2014 and will probably appear for the other platforms a month after. Featuring four new maps, a new episode for Extinction and a new weapon called Ripper (SMG/AR hybrid) which is available for download right now to all season pass owners. Now onto the maps; first up is Ruins which is very objective based while taking place in some overgrown ruins, Behemoth which takes place on a giant excavator which is definitely ripped from previous cods, Collision which is a giant boat that has crashed into a bridge with mass destruction all around and Unearthed a remake of Dome from MW3 featuring a more extinction feel with aliens as a strike order along with a magical easter egg gun to use online. Finally we have the latest extinction map called Episode 2: Mayday where we are out to help that poor lady that has weird wires hooked into her brain and needs some serious help we can help her. Taking place on a boat (that's something sooo new) you will have the option to go off path for rewards, get builable traps and then fight a massive 100ft sea Kraken. Well that's all the information for now and I'll see you again for the review of the DLC pack when it promptly arrives! 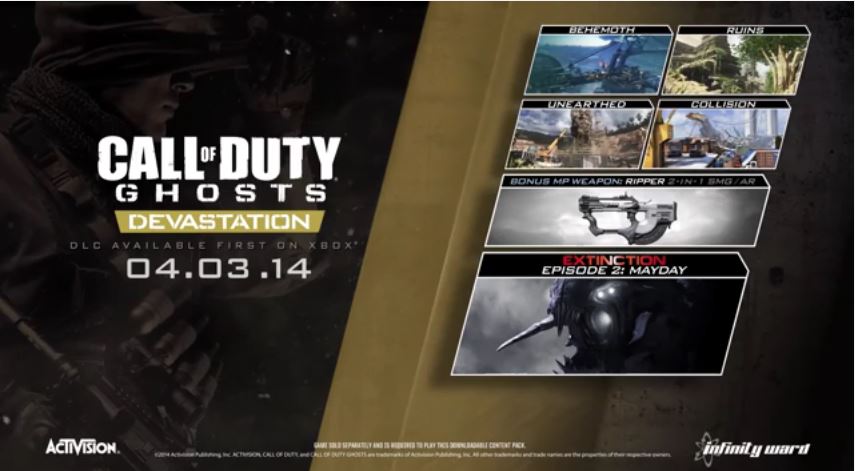