Minefaire engages Minecraft fans in a family-friendly, weekend long experience. Attendees have the chance to meet their favorite YouTubers, play in Minecraft tournaments, be inspired by official mentors, and show off their creativity in the costume contest. These being just a sample of the Minefaire Minecraft Fan Experience.

The front section of the convention gave guests a full gaming experience. Guests interested in playing Minecraft on PC could play with other attendees in the PC gaming area sponsored by Mineplex. Nearby, console gamers gathered to craft together, meeting new people to craft with after the weekend had past. As a unique gaming experience, guests could try out Minecraft VR on the Samsung Gear VR. The Battle Stage hosts a fun crowd experience. Here guests would be picked out of the crowd in a live head-to-head build battle. The crowd shouted out suggestions for the theme of the build.

The excitement of the timed build and the carnival-like enthusiasm from the crowd made for loud, fun time for everyone. At the center of the exhibit hall was the Minefaire official merch stand. Here fans could get hard to find Minecraft clothing, toys, props and accessories under one roof from manufacturers such as LEGO, Jinx, and ThinkGeek. The centerpiece of the convention floor was a large LEGO statue of Steve, Minecraft’s main character. Guests made their own LEGO Minecraft-themed creations and had them join Steve for everyone to enjoy for the duration of the weekend. The Inspiration Stage featured the official mentors giving talks on how they got started in their field while relaying the experiences in their journey to where they are now. Empathetic and relatable, the mentors shared their stories with attendees, followed by a question-and-answer session. 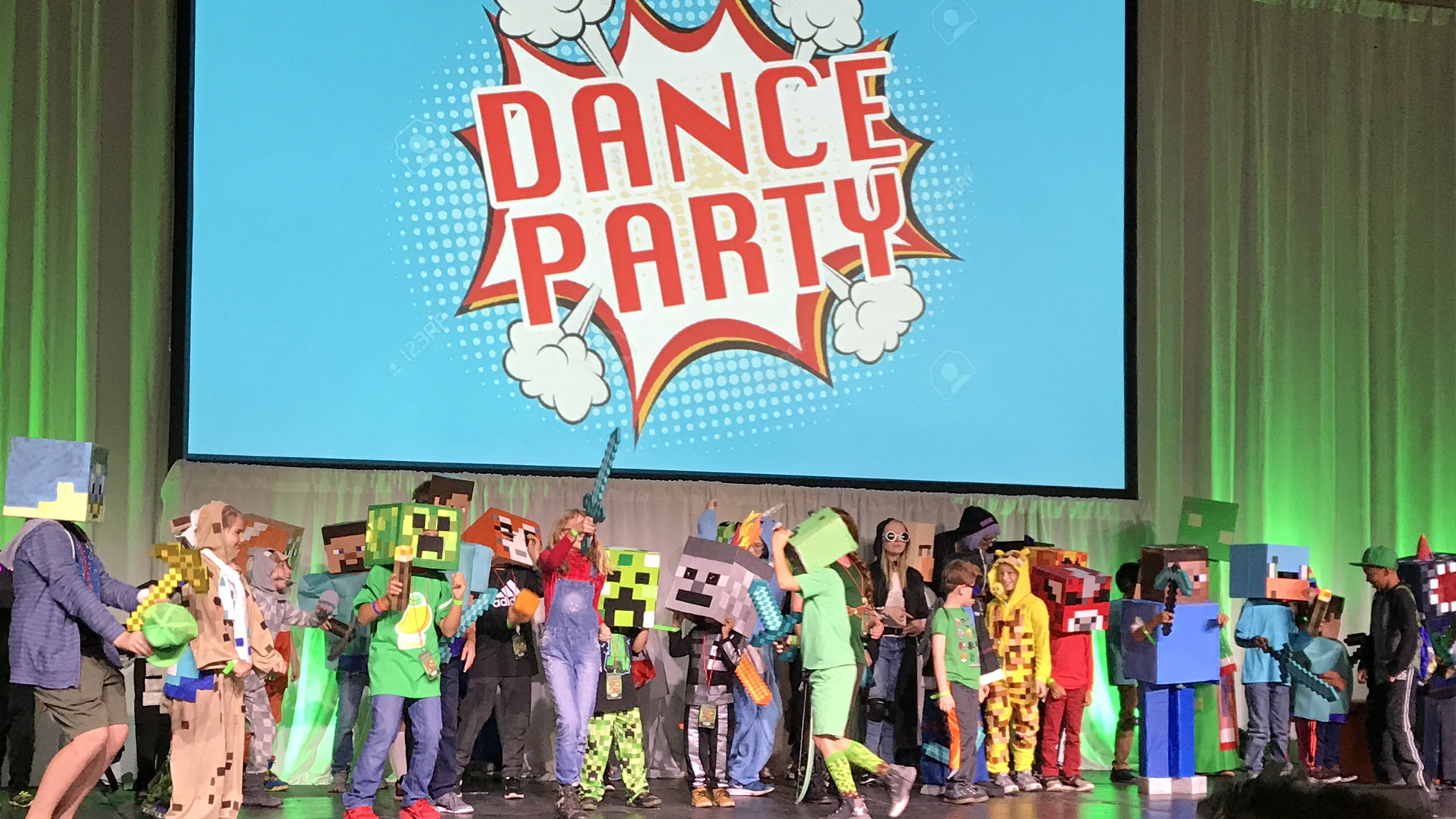 The rear section of the convention hosted YouTubers, the Diamond Stage, and Minecraft education. The educational section featured a cardboard box village where guests were given tempera paint to create and decorate Minecraft creations of anything they could imagine. Their creations could be taken home or left in the display until the TNT teardown at the end of the convention. Minecraft Educational Edition program “UMaine Learn to Mod Project” sponsored by the University of Maine had attendees at laptops learning to use their program to visually code Java to create mods in Minecraft. Minefaire also hosted over a dozen successful YouTubers, and over thirty up-and-coming YouTube rising stars. Fans could meet their favorites in person in a meet-and-greet setting over the weekend. The Diamond Stage hosted YouTuber panels, the costume show and contest along with spontaneous dance parties over the weekend.

Minefaire’s Fan Experience wonderfully captures the essence of Minecraft. The atmosphere is family friendly allowing everyone to enjoy a convention experience together. The emphasis on Science, Technology, Engineering, and Mathematics (STEM) pervades the convention, enhanced by the hands-on nature of almost every attraction. Making it more of an experience than a showcase. The convention floor is well run allowing attendees to experience everything that Minefaire offers. Minefaire captures the charm of Minecraft in a fun experience where you just might learn something.