MediaMation's MX4D eSports Theatre was a treat at E3 as I got to see the full presentation in person and it worked beautifully. The idea behind this new use of MX4D was to give theaters an extra layer of plausible content and revenue to take advantage of when the system is not being used for films. It's an easy setup due to its modular design, simply switching into an eSports presentation when needed and it's a great show for fans of the direction gaming is working towards. This of course being the push and massive growth for competitive gaming under the eSports banner. For those unfamiliar with the special seats, they bring a surreal sort of feeling when you're seated.

This includes things such as water sprays, gusts of wind and multiple parts of the seat that can push out for a feeling that's somewhat like what DBox does, but more dynamic. While these are fun for movies, they can also be highly entertaining for watching games. It's an extra layer of excitement feeling that gust of wind as someone performs an aerial attack or in a heavy moment of fire where the seat starts reacting with the bullets. This is managed live and during my demo I was able to get an idea of how that would work. It's much more exciting than just viewing games by themselves. This setup also feeds into something that's more of a social experience and with having players being able to compete right there it connects fans more naturally. 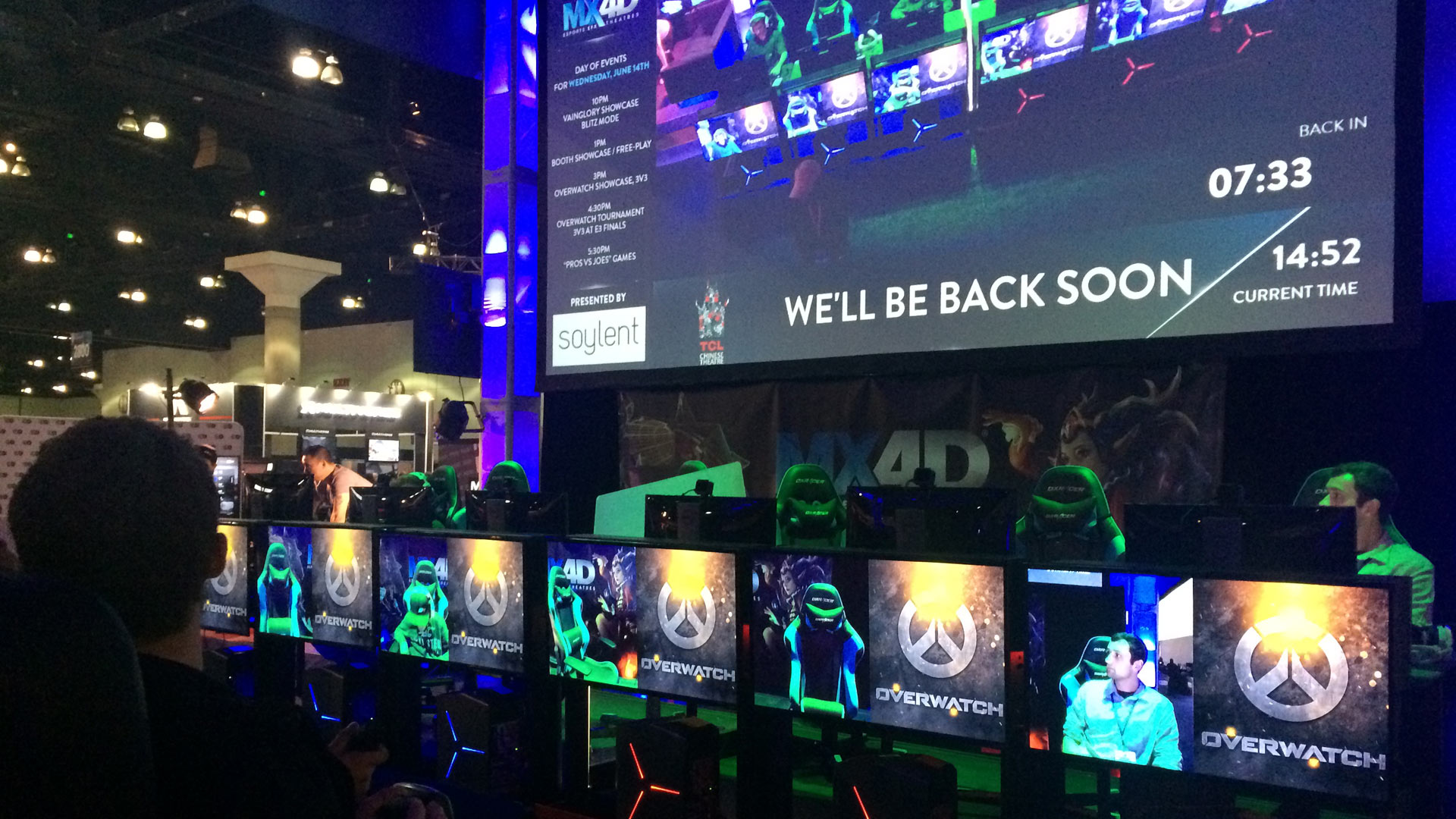 I really did enjoy the extra level of connection by having the seat react. The other side of things was also fantastic as I was able to play some Overwatch in the competitive area. The screens are solid, the chairs were comfy and while the setup seems quick it was comfortable. With multiple camera angles to display competitors or the game and just this whole setup works well for eSports. The first setup for the system is present in the TCL Chinese Theatre, Los Angeles. It will showcase special livestreams and give everyone an idea of the potential for what this brings. I was impressed with the layout, it's smooth and feels very modern. I can see great potential for what's being targeted with this and I'm sure both theaters and the public would enjoy this new way to enjoy eSports. Aside from being just for intense professional battles, it can also be a nice space for smaller local tournaments or events. Hopefully this continues to expand as it would be fantastic to have a local theater providing this option.