DropMix was one of the most completely unique things I got to play while at E3 since there's not typically a ton of hardware like this. The game is designed around having this fair sized mixer and then battling with musical cards. It's a team-up of Harmonix (Rock Band, Dance Central) and Hasbro (The good board games, among other things) to make a musical based deck. It works with mobile devices, Android and IOS to provide an easy way to play the game. The app runs the digital side of things while playing the music and the board is the interactive aspect.

I'd personally also like to see the app perhaps be available for consoles to make it easier to throw on the TV, but working with those mobile devices will make it easy to play anywhere. The general goal of the game is to remix music in a casual or competitive environment. Multiple players can battle at once and it works well to provide a fun time. I really did enjoy grooving along to our remixes and DropMix was a lot of fun. It's also rather creative and I'll dig into that a bit more. 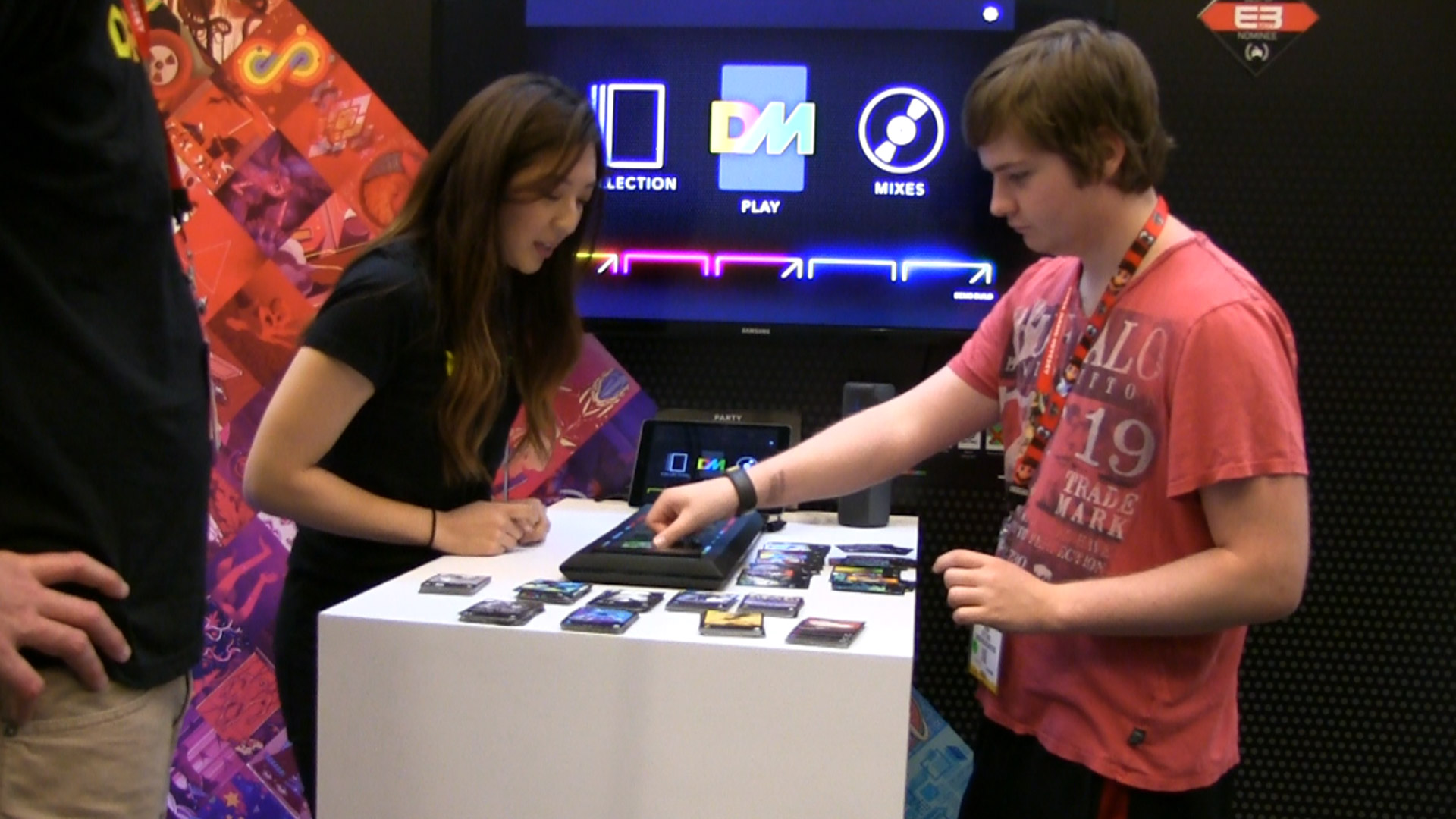 Each card has a value to it in terms of its strength and content with a focus on an instrument. One card might be the vocals for a Queen song whereas the guitar card that follows it is from Imagine Dragons. These all get integrated together to create a new mix of music and yes, you can save them on the fly if you create something groovy. There's a good selection of music and genres here which is important in giving players options. If you don't like the main selection there are booster packs as well which should help broaden the selection.

It's like taking the magic formula of Rock Band and showcasing it in a new, unique way. We actually created some very good beats whether that was in the fun party mode so I could learn what I was doing or the intense coop optional competitive mode we did. The game rewards points based on the current cards at play along with how fast your response is to prompts and everything is constantly being swapped. You might at one point have the amazing CHVRCHES playing with lovely vocals and the next it gets swatted off for some country. It's an intense circle of music changing and I can see this being a very fun game to play. This is an exciting project and a combination that works well for what could be a successful product.