Bloody Zombies is a classic brawler that's been turned into a controller and virtual reality hybrid. This being in the combination of having the option to play in VR or without it and even to do a mixture of both. This is definitely a different sort of experience as I'm not sure if many or any games mix up controls like that. The game is as mentioned, a brawler with a focus on providing a zombie filled splat-fest. Play the game locally or online with others and choose how you'd like to experience it. The VR aspect is particularly neat since you can see the game in a completely different sort of perspective and view things that others would miss. Instead of having that locked screen you can see a fully realized world by looking around.

At E3 I was able to try out the game in both perspectives and it's basically an entirely new experience putting that headset on. Your in-game character will also reflect the real world in that they will wear a headset which I thought was a fun touch. The game itself will be available on PC, Xbox One and Playstation 4. It's not planned for the Nintendo Switch, but the developers are looking at optimizations for Xbox One X and Playstation 4 Pro. The virtual reality aspect will support all headsets including PSVR. 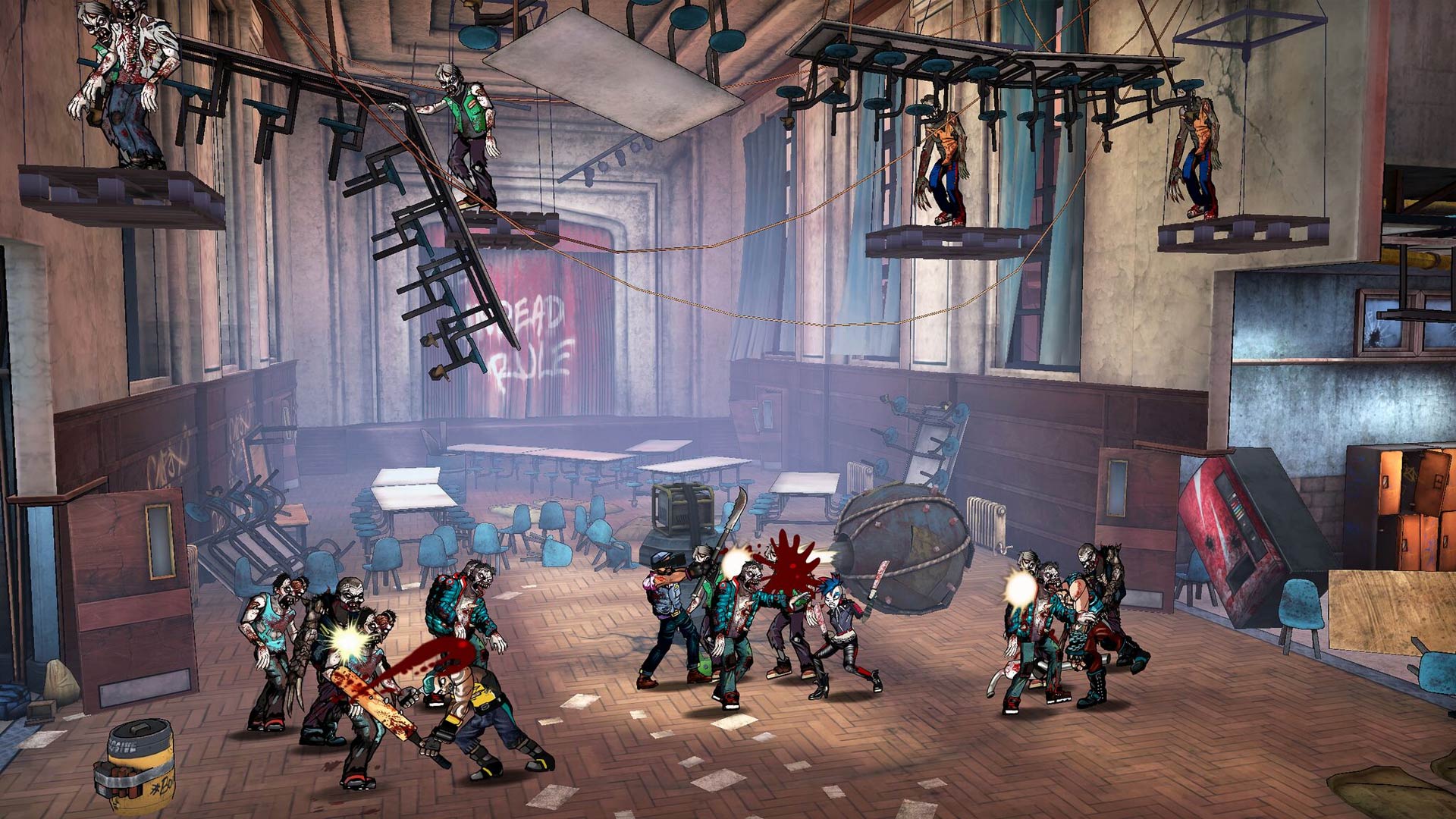 Bloody Zombies is your classic brawler and its fun to play. There's also some more to it than just that bringing skills to choose and loads of customizations. The setting takes place in London six years after a zombie outbreak and the settings match that well. During the demo one of the areas we moved across was a city that then turned into a large bridge. There was a nice balance of 3D aspects that provided some extra depth and some interesting side areas to jump onto for special items.

The zombies were done well stumbling along to get smacked and for those wanting more there are some boss segments. The chosen boss area was really intense since it turned things into a speedy chase where everyone was desperate to survive. I really enjoyed playing the game and it's one of the top titles from the show that I'll be watching out for. If you have a vr setup then that option will be a real treat and it's very interesting to see that perspective being used in this type of game. For those that don't have one, it's still a blast as a brawler and great cooperative fun.