I didn't have a pre-determined meeting with PDP this E3 and just sort of dropped by their behind closed doors area to say hello. Mostly wanted to meet the folks that sent over some of the Nintendo Switch accessories I got to review earlier in the year and to see what was new if they had time. They were quite friendly and I got a full tour of their area. It seems that they're working on the next line of branded items from controllers to special holders and their Pixel Pals line. I was only able to grab a screenshot of their ready products though I must say the other wall was much more enchanting. They had a number of new lines for multiple products including figures for Playstation, Xbox, Nintendo and some neat Movie based brands. Most of these were in development to some degree so I got to pick up and take a look at some of them. 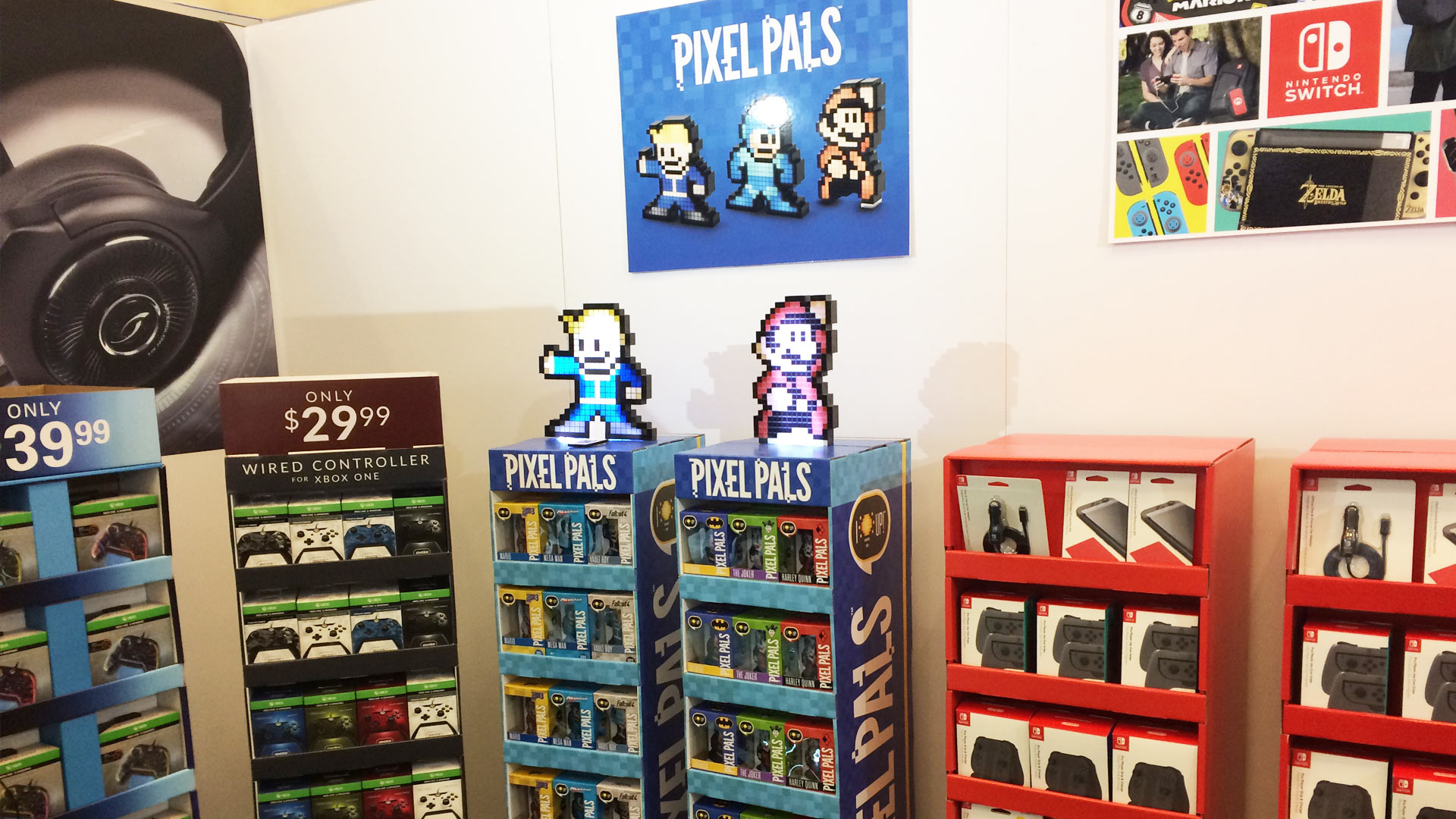 I won't really go into far details about what I saw, but no matter the platform they'll have some new content coming. This was particularly visible with their Pixel Pals which are doing quite well with collectors and their expanding the line with a number of partners. They also have some licenses for upcoming first party titles on platforms so the fall will see some of the controllers carry branding for games. The Nintendo Switch is particularly getting some love since they have the official branding there. I push this a bit more since the accessories they sent were mostly a fantastic addition to my console where I have few games. No matter what platform you're playing or enjoy collecting for, PDP will have a fantastic new line coming in the near future to match it. I was impressed with the wide range of items I saw on display and look forward to hopefully checking some of them out. Their Gears of War 4 lancer is also damn cool, if you've ever wanted one this captures it well.