Call of Cthulhu is another dark and moody game I was able to view while at E3 this year. The game was presented in a behind closed doors environment to watch a demo of it in action. Based on Lovecraft, this is an early 1920's tale about investigation and intrigue within the lore. You take on the role of Pierce, a private investigator and he's been sent on this job. The job involves finding out what really happened to a burnt house and you head over to explore the area. The game was visually impressive looking very distinct with its bleak style.

It includes multiple options for dialogue that effect progression and you'll need to be careful how you talk. This was shown in the demo by having the player chat with this groundskeeper about getting into the house. Dialogue and tone is important to a degree of feeling like Mass Effect or similar narrative driven choice games. Your interactions also matter as people will have thoughts about you based on experience. These moments or thoughts might be important when you aim to do something later on. Skills also come into play here as they can assist with making the options easier or well, more smooth. 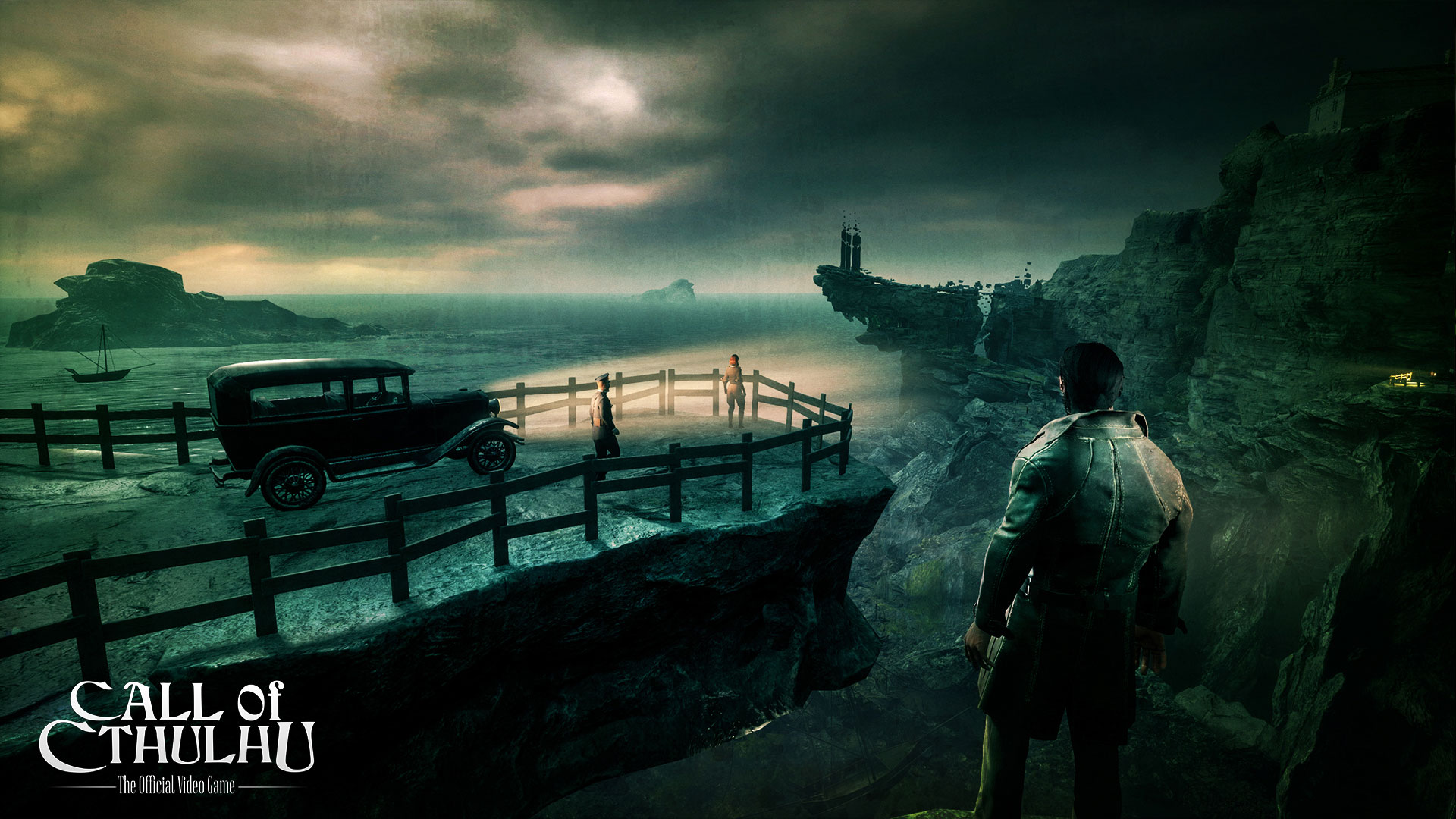 Once inside after easily getting the key the character went to investigating. This is a key portion of the game as you'll use observation to explore and discover what happened in certain scenarios. Skills can also assist with this area of the game. Another huge thing is keeping the world visible, you'll need to manage your powder for fire and lamps. You still always have a lighter, but that doesn't nearly provide enough of a helpful light. Once you've finished an investigation you'll need to match clues and eventually put together what events took place.

That being said, it's not all about just being a detective, this game does feature mystical things as well. There's a full sanity system in the game and things will disturb as well as traumatize your character. Visions may appear if things get too bad and it's key to take advantage of hiding spots to escape the horrors. I was impressed with the demo and what I saw, the world looks really great. There also seems to be a lot of depth within the game for what you can do and it carries an intriguing narrative. The game will be on Xbox One, Playstation 4 and PC. Optimization for Playstation 4 Pro and Xbox One X is also something they're looking into. They made a note that the game may support Virtual Reality as well though no details on what headsets might be supported.