Oh, a game about the plague! That should definitely be a good time. While at E3 and part of a certain block of checking out games I got to see a behind the scenes demo of A Plague Tale: Innocence. This is a dark and moody game that follows a young female as she attempts to find her brother after getting separated. There's more to the narrative than that, but this was the focus of the small gameplay portion we got to view. The initial thing to take from this is that there are rats, lots and lots of rats.

The screen is literally piled to the brim with these little creatures scurrying around. It looks cool and horrifying at the same time since these rats are out for blood. This is actually an interesting part of the game mechanics as you're not really a strong character. You need to use the environment to your advantage and these rats. It's basically being smart as opposed to boldly attacking a soldier, this was shown very simply in the demo. 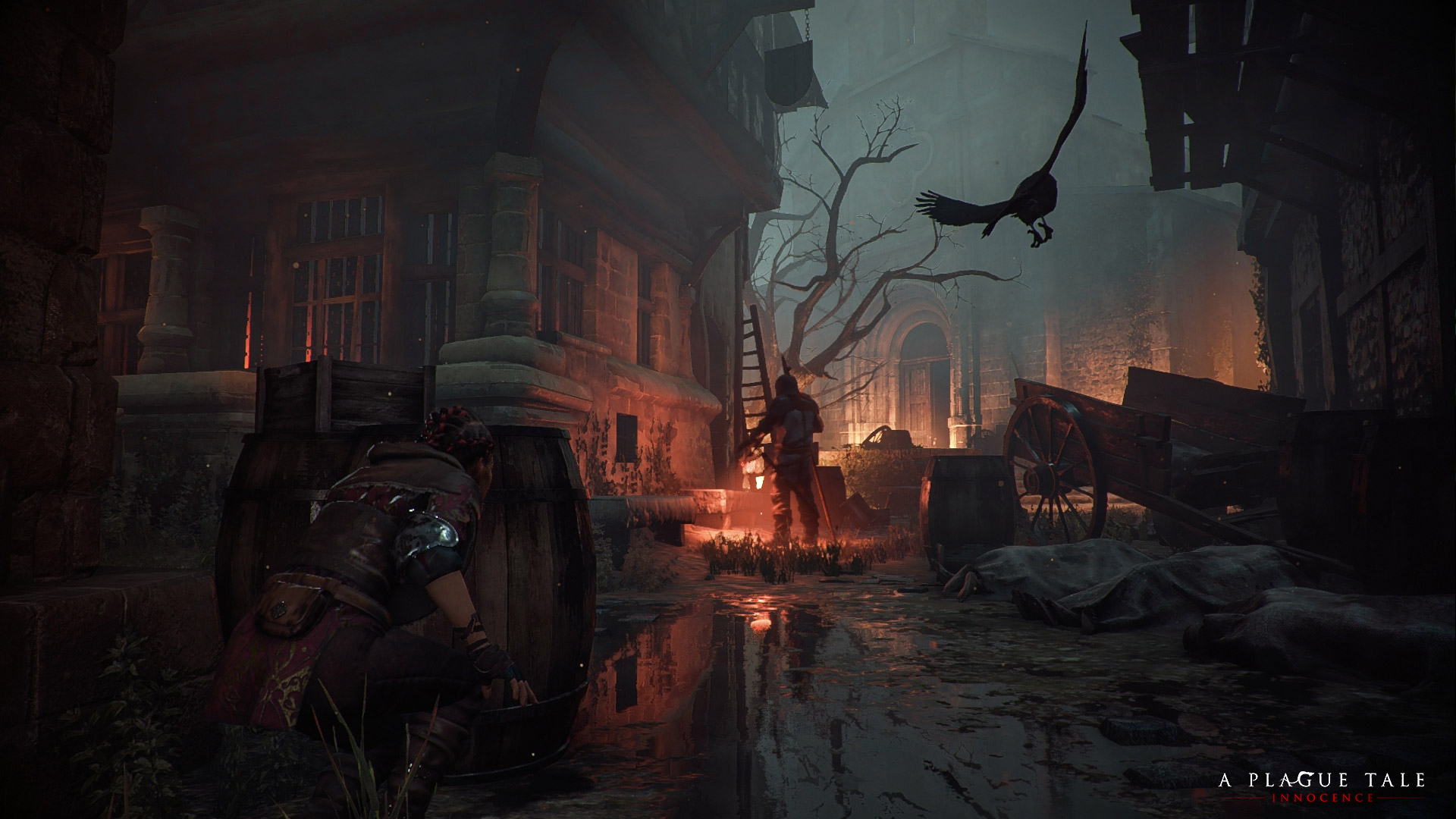 Outside the location of our objective was a swarm of rats moving around these soldiers. As the young girl you would move up carefully and then get into a position to see what there was to work with. After taking a look the character then used a rock to knock out a lamp one of the soldiers was holding to keep the rats at bay and they got swarmed. It was gruesome as one might expect and it seems like these rats are not ones to mess with. Being a story focused around a girl and her younger brother the two work together. You can coordinate things for the brother to do and that's really all we got from this demo.

While I initially mentioned the narrative was about finding the boy, that's just a small part of the setup here as there's a larger goal these two are working towards. It was short and sweet, while being visually impressive. I found the environment to be gorgeous with its dark look and oh so many rats. The game is set for Xbox One, Playstation 4 and PC. It will also be optimized for Playstation 4 Pro and Xbox One X. That's all the information I have thus far for it as this was just a small tease.