What the Small Xbox E3 2017 Booth Could Mean

The floor plans for E3 2017 have been made available or at least for what's been booked thus far and Xbox has quite the underwhelming booth size. This is not only in terms of comparing it to past years, but also to its competition which both have larger spaces than usual. I thought it would be helpful to break down what the smaller booth could mean and just go over what aspects could come into play. First off it's worth noting that Microsoft has moved to the South Hall after at least the last few years being at the West right against Sony so that's an odd change though fine. I also want to state right away that it doesn't mean doom or anything for Xbox and I'm just discussing it.

The next thing to take note of is the size of the booth, this year the Xbox booth will be (150 ft x 100 ft, 15m000 square feet). This is half of its competitors this year and about half of what it was last year. I can certainly say this is odd as it felt crowded last year in design so this won't help at all when being there, but very strange when launching an updated console. 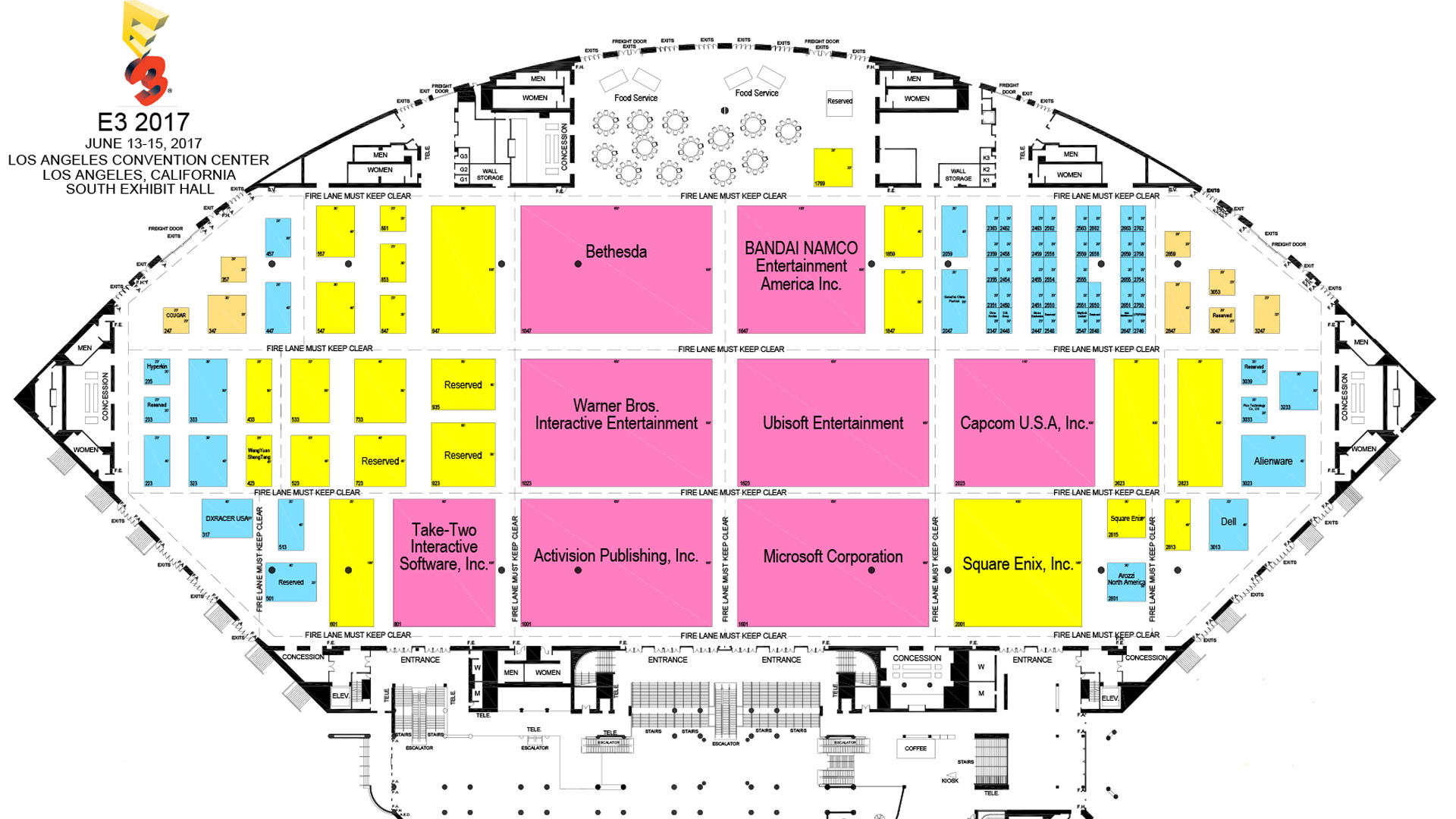 Personally I find Xbox leaving the competitive area of the West Hall for a smaller booth troubling, but it could just be a sign of change. The most likely situation would be that they're working on an event outside of E3 similar to EA Play last year. EA Play occupied one of the Microsoft fancy buildings and has moved to a location further away this year so Xbox could be set up there now for more space. The atmosphere was also much better there with multiple rooms and Xbox could better host the event at that space. I was also hinted at by my contacts at Microsoft that Xbox Fan Fest will be a big deal with details to follow so take that as you will. They might have also removed the Forza car from display as that took a bunch of space up last year or maybe that's all the booth is now.

Another great idea would be that they've gotten strong third party back considering where they're situated. Take note of the image above (hope it's alright, embargo image date was passed when I edited it) in how they're right there beside all the big publishers and that Activision is back on the floor as well. With Project Scorpio and Xbox Play Anywhere the companies might want to display the best versions of their games or even just back this new gaming ecosystem. A more saddening yet possible situation could be that there just isn't much to show, but I doubt Xbox would let that happen at E3. My favorite and personal guess is that it's just a single closed off area for the reveal of Viva Pinata 3 featuring real trees and Pinatas that are filled with authentic Xbox candy.

The best thing to do is mostly just to relax and wait for what the companies have to display. I bet Xbox has something up their sleeves for the event and anything could happen. I'm going to miss the epic Xbox vs Playstation hallway and how close the two were for bookings, but this works out fine. It's probably not a big a deal and they have something new setup, it's best to just keep anticipating and wait for the magic of E3 2017 to unfold.