The Nintendo Switch has finally been revealed in somewhat of a pop-up reveal and while I'm excited at the concept, I have some concerns. This of course is a certain hesitation with the console after the ultimately disappointing time I've had with my WiiU which I picked up from launch among some other questions. First off I'm a bit curious to why this wasn't shown earlier, it honestly comes off as the sort of final trailer one would have for a console. Not being negative here, just curious about it as this is typically the type of hype up trailer you would expect a few weeks before launch. It's also odd to see a console just being released without having its presence shown at any of the big gaming events or with it not being released in the fall to get the Christmas rush. That aside, March might be a good month with the current larger releases we're seeing there and an empty time for them to shine if it's a good platform. 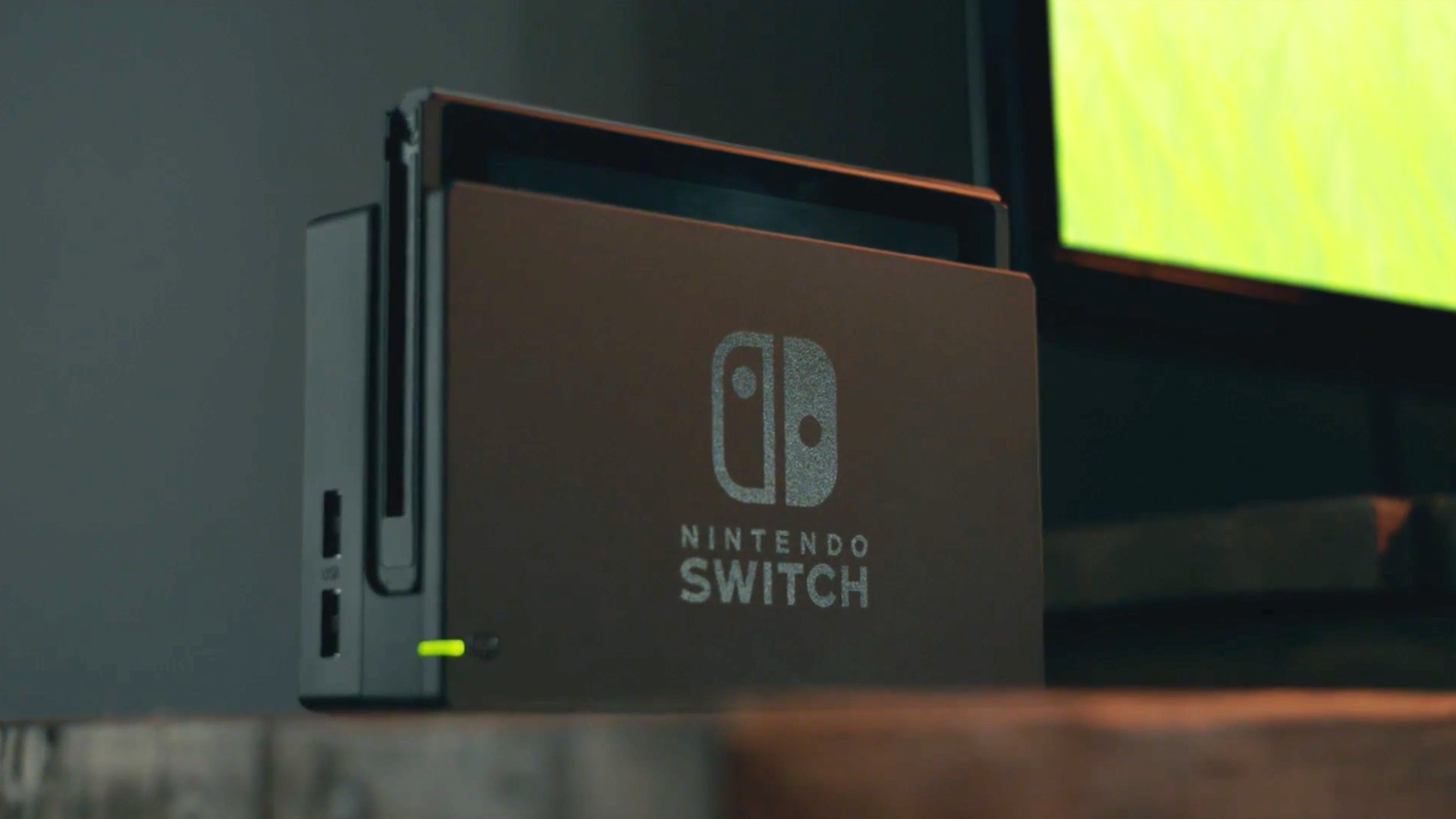 The trailer doesn't show a ton, but it gives off the name and the concept. I'm not huge on the name of Nintendo Switch personally and will probably call it NS as that has a nicer ring at least to me. The console is also obviously a hybrid being a docked home console and a switch out mobile screen similar to the leaks seen over the past year. This is actually really cool as you can just take the games with you, but also raises alarms. The biggest being what sort of battery life is this going to have, Nintendo typically rocks this department but this is likely to take a decent amount of power to run and the WiiU Gamepad did not have a long charge life. Another comment is on the size of the screen and the actual controllers. It's hard to get a solid idea on how big this is in a video and we'll need to see some specs to get the proper idea of its scale. The controllers on the side also seem damn tiny when people hold them almost coming across smaller then the Wii U remote, yet we're lucky that it seems like they're pushing a proper controller as well.

It was also nice to see that Nintendo might be aiming to join ESports as they should since every gaming company is actively pursuing that now. A large issue I did have with the trailer was the games, while it might seem great we need to take a look at what might be available. The main issue I had with WiiU was the lack of titles and third party support with the latter seeming good with their list of publishers working on Nintendo Switch. From the video it seems to support WiiU titles to some degree, I'm just curious if these are ports we need to buy again or if it's backwards compatible as Nintendo has a history of doing so which would be great. Game wise we're shown The Legend of Zelda: Breath of the Wild (Amazing, read E3 Preview here); Splatoons, Mario 3D Platformer (New possibly?), NBA 2K (something, 17 likely) and Skyrim Remastered. This isn't much to go off honestly and where some worry comes in, third party support is nice to see. It's just that these titles are most likely going by gamers on other platforms, I was hoping we might get a glimpse of exclusives or something more. Since we've heard nothing about the console until very close to its launch I'm not expecting a huge launch title list and it's something Nintendo needs to get on. 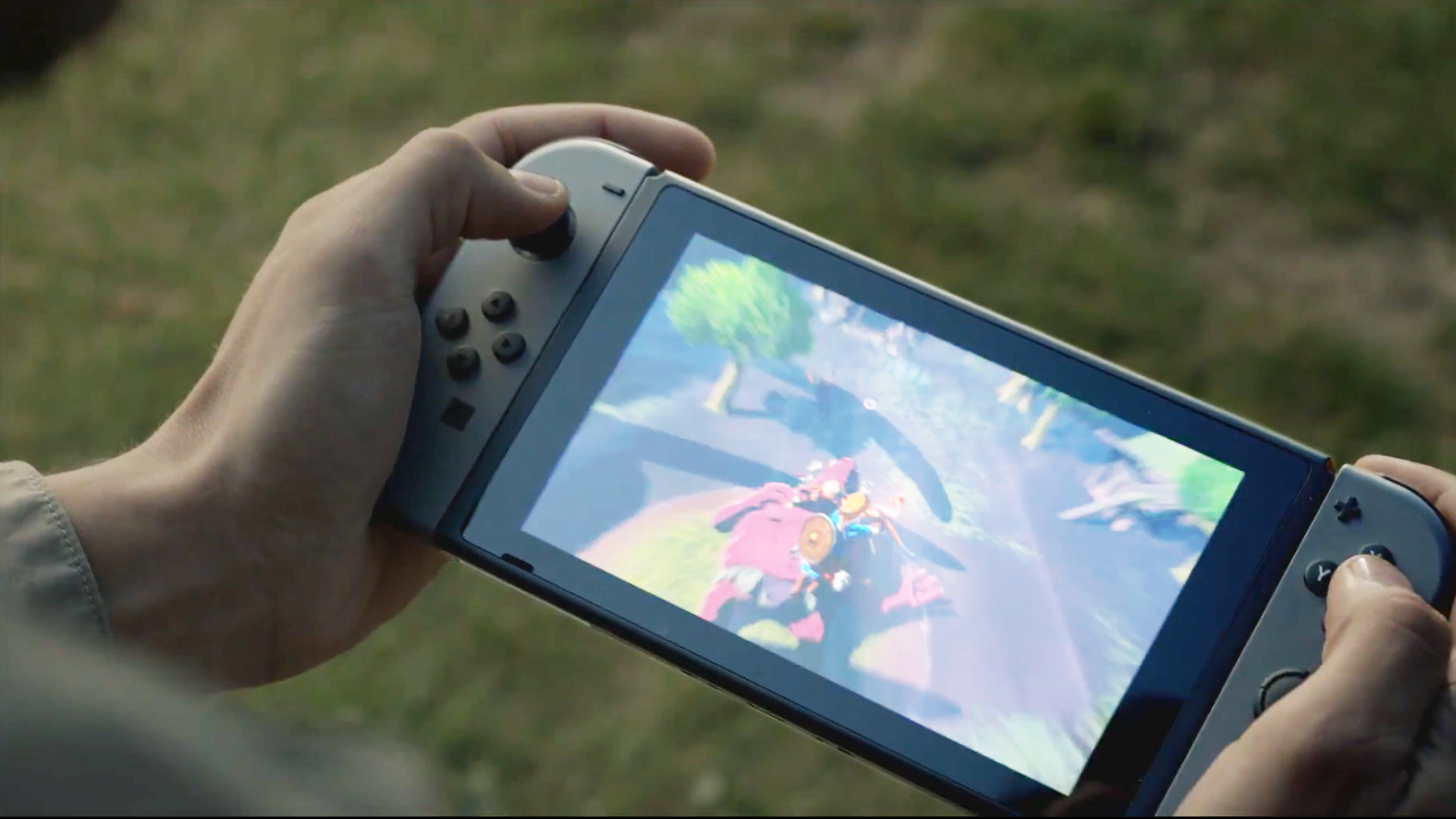 As much as being something unique in the space is important, it's the games that are on the platform that make it special. What we've seen here are games we're already able to play on other platforms and they need compelling new titles to make me buy this. I'm not doing a leap of faith like I did with the WiiU, there needs to be games available at launch. I'd say even launch window would be fine, but I waited a long time for Pikmin 3 with delays so again very hesitant. I'm also rather curious if this replaces their handheld and if any sort of support for those titles will be available on NS. I'm definitely interested with what they have to offer here with Nintendo Switch and I'm interesting to see where it heads.

Read our Paper Mario: Color Splash review!
Read Why Xbox VR will have catching up to do