The WT2 Real-time Translating Earphone is a surprisingly interesting device that can easily and on the fly assist with conversations across dialects. I was able to give this device a try while at CES 2018 and was very surprised by the results. It seemed to not only get the common words perfectly translated, but also got some of the finer points. It's hard to translate perfectly as nuances are often lost in the conversion. I was in a bit of a chat group going over this with some German speaking individuals and they too were impressed by how it integrated into their language.

This includes some of the more technical speech that you wouldn't expect such as asking to casually grab a cold one and so forth. As a group we went for some more casual in tone talk and it was fine. That's whether we were going from Chinese to English or to German with any other combination being deployed. All the key points went over and I didn't anticipate something like that happening so well. There wasn't really much of a delay and it could work fine during discussions if needed when you're travelling. It's all so very natural with the WT2 as it's essentially the same as wearing headphones with each individual having one in a conversation. You can then speak and converse regularly across languages. 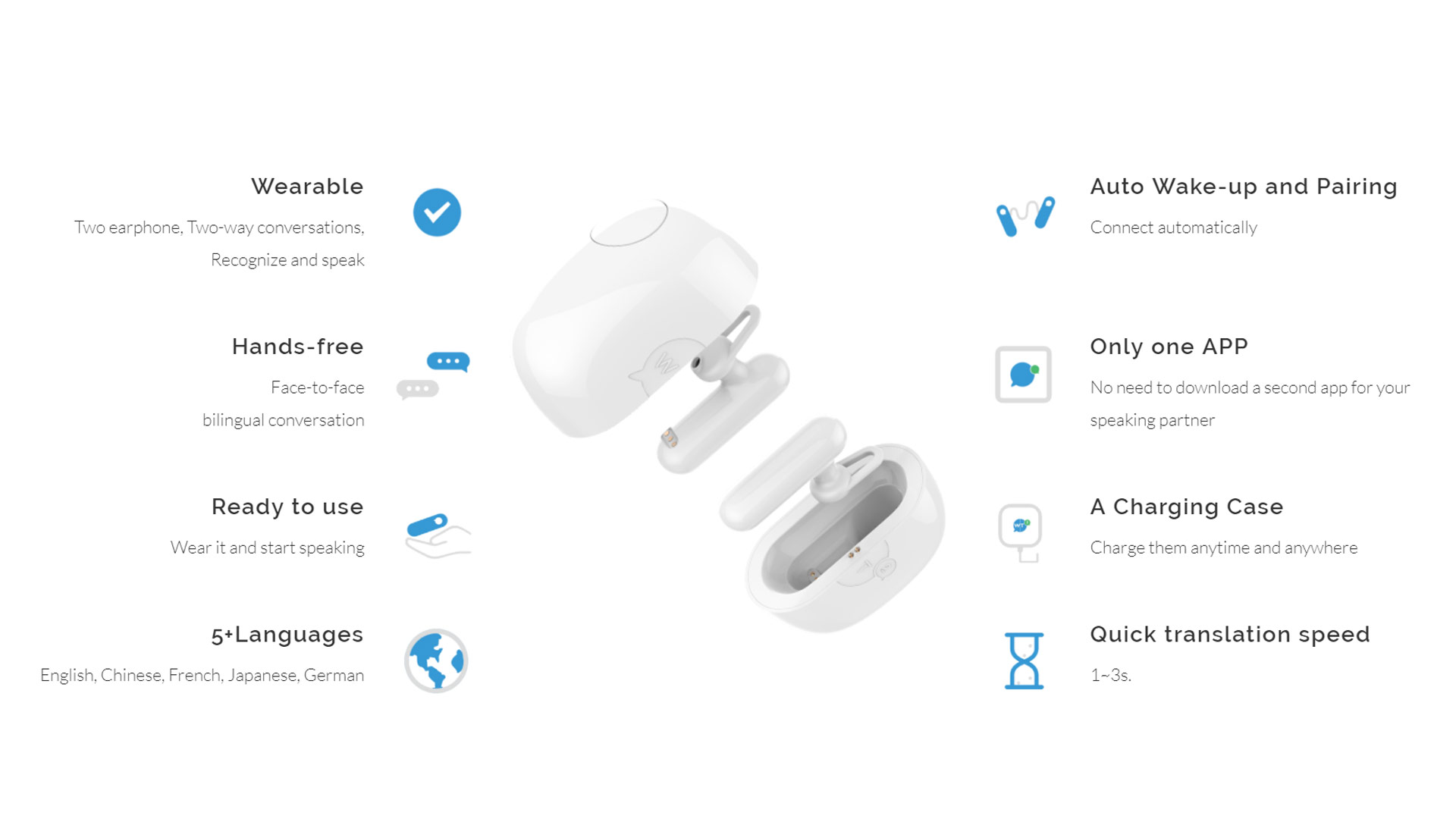 To get into the more technical aspects there are six languages supported including English; Mandarin Chinese, French, Japanese, German and Spanish. Keep in mind with this being software based within an app, it can be updated post-launch as well. Considered potential future languages include Portuguese, Arabic and Thai. The translation runs between 1-3 seconds which is fairly fast and you get 5-6 hours with a charging case or two hours without one. Battery wise it's a 120V/100MA Li-ion where case charging through micro usb is 3.7V/300MAH.

The WT2 offers a number of distinct methods of use including auto mode for relatively quiet relaxed meetings offering a hands free easy use setup. Manual mode is better for those noisy environments whereas Ask mode is for fast questions to text such as attempting to get directions. I was impressed with what I saw at CES 2018 and the WT2 Real-time translating earphone has a true potential to break down language barriers even with this first attempt. The potential for software updates can take this even further as more languages are supported and existing ones get fine tuned.

Read about the Ensembl by Ashley Chloe
View our Gear Hub