The Ensembl by Ashley Chloe is a rather interesting "smart modular entertainment system". This futuristic lantern of sorts is a smaller device that's just stuffed with features and functionality. It's a conceptual item that was displayed at CES 2018. While I disappointedly didn't get to handle it I was quite close to the item while it was presented under a see through case. It's not terribly large at 4 inches length/width, 8.5 inches height (base model) and a weight of approximately 2lbs while providing a very sleek design. The case of the Ensembl had a white outer shell with gold accents that was held by a genuine rawhide leather handle. As it was a concept device, the interest and attention generated at the event will determine its future. I was told that it was attracting some attention so hopefully that gives enough of a reason to see this go into production.

Moving onwards to the specifications this portable system has everything one might need for a fun adventure. There's a Qi Wireless charging base. It has WiFi 802.11n with support for various voice assistants such as Amazon Alexa or Google Assistant. If you don't want to use your voice there's an app and traditional buttons. While heading outside the action continues with Bluetooth 5.0, its also IPX6 water resistant certified for water or snow. This makes the device ideal for any sort of outdoor event whether that's a calm night or perhaps a pool party. 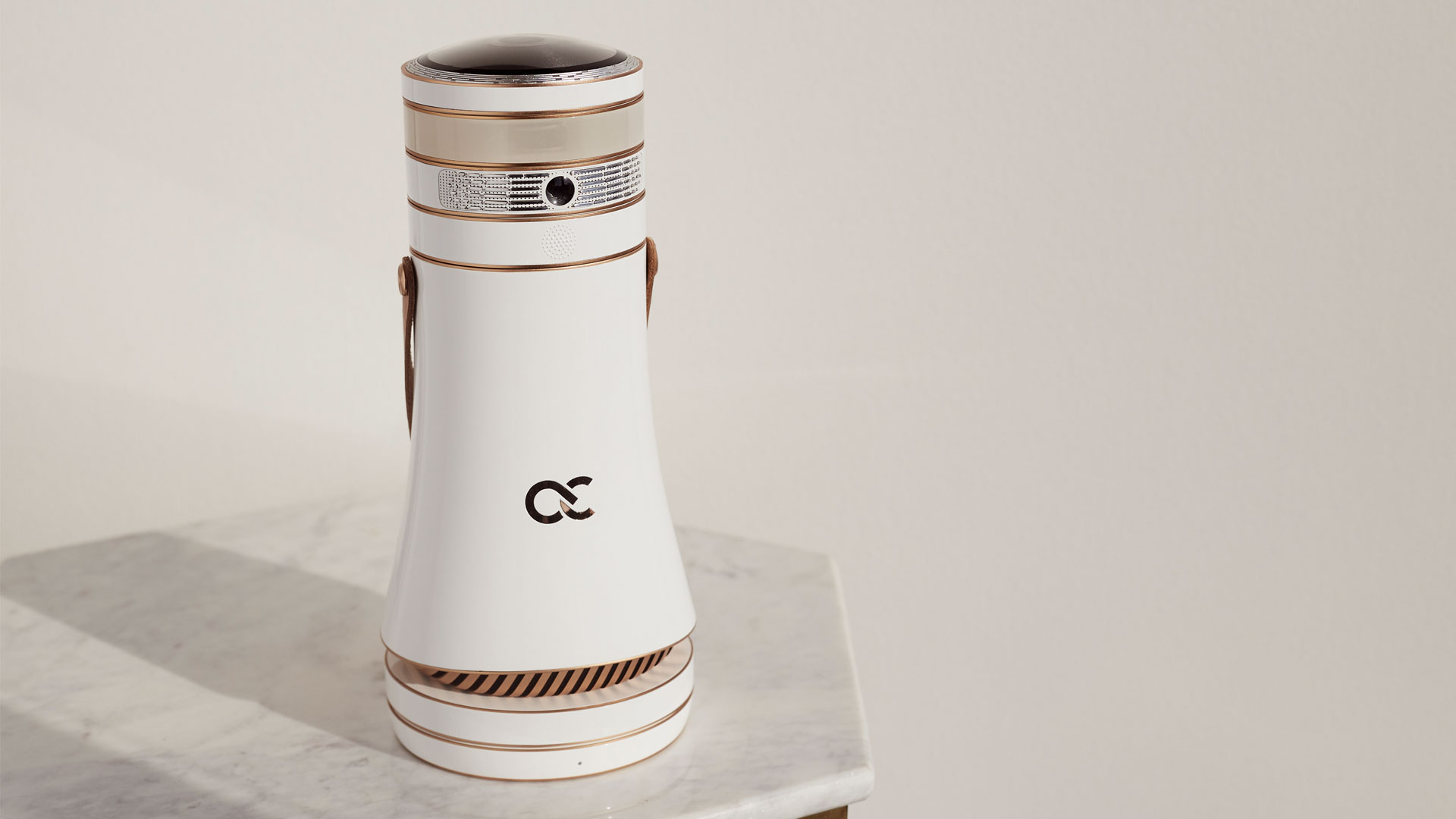 Building on the whole party aspect the Ensembl is also a speaker featuring one 4 inch mid woofer driver with passive radiator providing rumbling bass and crystal clear audio for rich 360 degree sound. Working with IOS or Android you can listen to your music easily at a 50Hz - 20kHz frequency response. While music is great, so is the option to watch video. There's a projector included with a DPL display setup, 200 Lumens and 1080p resolution. The final interesting aspect of the Ensembl is its ability to capture 360 degree video at 4k resolution and 16 megapixel photos. No details on the frame rate of the captured video were given, best assumption would be 30fps. This can all be captured using a microSDHC with support of up to 64 GB.

Prior to going over other smaller specifics the suggested price is noted at $199.99 USD for the base model. It's modular so stacks can be added or taken away as needed. The lamp life time is 25,000 hours, you can connect multiple units and use many cloud based streaming services with it. The 2100mAh lithium polymer battery provides up to ten hours of time use and more battery stacks can be added for increased time. There's also a smart LED light that can be dimmed or adjusted for various color options. It's actually rather difficult to get all the details for what the Ensembl has stuffed within its many stacks and this single item could potentially fill so many niche parts for entertainment or as a perfect addition to an event.