The RoboSea Biki is a consumer focused submersible camera with a focus on presenting what lies below the surface of water. It has video and photo capabilities offering easy viewing or capture of anything under the water. I was able to take a look at the device while at CES 2018 to get an idea of what it has to offer. I'll be going over general details on what to expect with this very interesting RoboSea Biki. First off the device is completely wireless with Wifi up to 25 meters and weighs 1200g.

If you don't feel like guiding it home, the device also has a built in GPS system where it can remember where to head back to and is able to easily dodge obstacles along the way. The controls are simple with the ability to control it through an acoustic remote control or with an app on your smartphone. Using the app you're even able to set up routes for it to travel as outlined previously. It has a 16 mp camera for photos and can record 4k 30fps video. That's really good considering it's built as a water proof option for capturing in multiple formats. 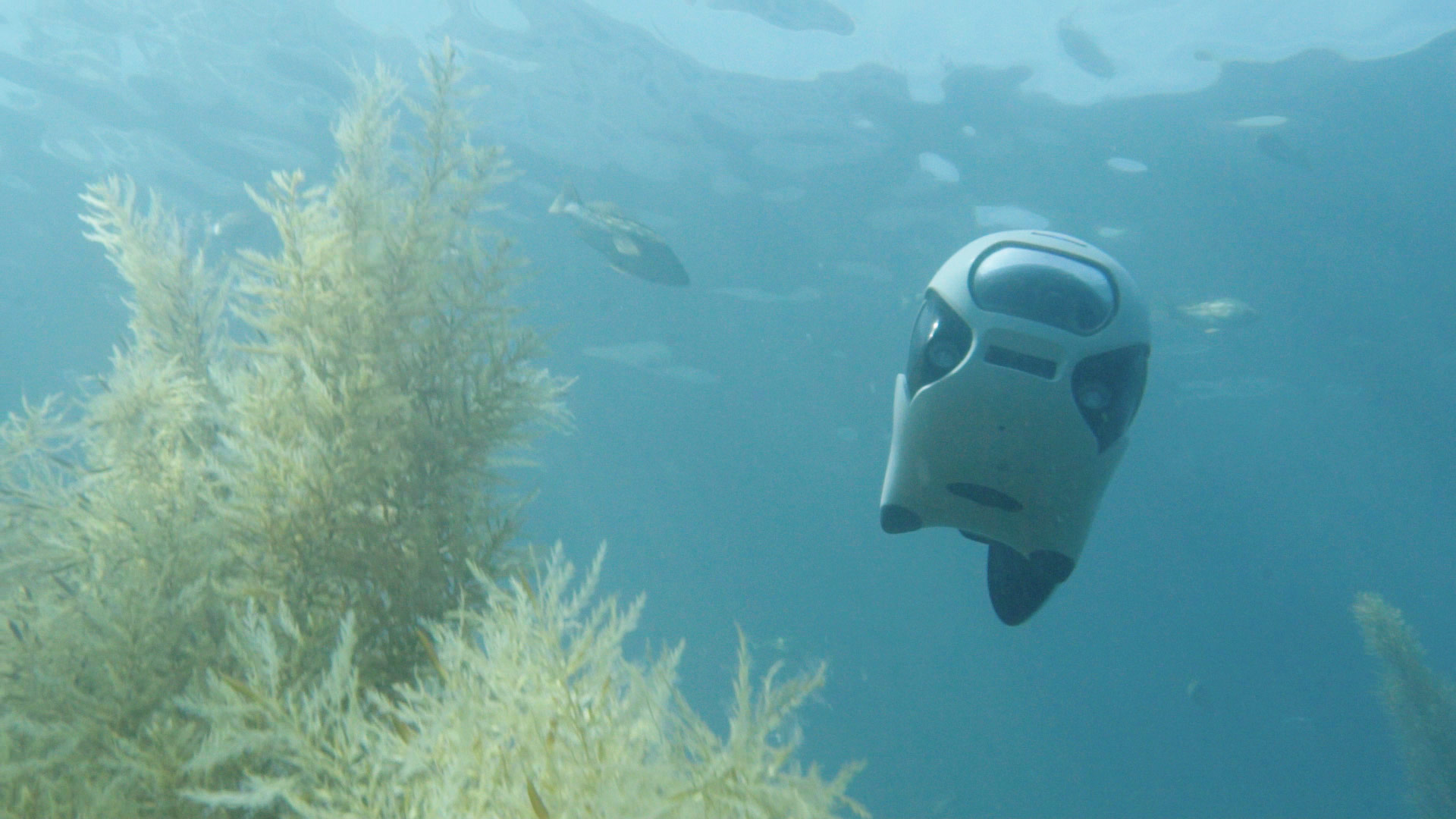 Now to go into more detail about the specifics of technical features and design of the RoboSea Biki. The dimensions are 272mm, 181mm, 110mm with a battery of 3180mAH that has a charge time of 100 minutes providing between 90-120 minutes of battery life. The wind and wave sustainability is classified as Level 2 and it can dive up to 60 meters. It can swim at a pace of 0.5 m/s while being equipped with a 114Lm2 lantern to illuminate the darkness. For recording the memory space is 32GB internal.

I was quite impressed with the style and almost fun friendly look of the RoboSea Biki. It's really not too heavy either, at least when I was able to handle it at CES 2018. If you're looking at capturing any sort of aquatic life this could perhaps be the best way to do it while also not causing too much of a disturbance. It swims peacefully around allowing an easy option to record video or photos of whatever you view along the way. With the speed shots should be relatively smooth whether that's in a still photo or a longer 4k video.

Read about the Ensembl by Ashley Chloe
View our Gear Hub