The LG projector selection at CES 2018 was actually rather interesting, I wasn't entirely sure what to expect being brought into a spooky dark side room though the results were interesting. I'm going to focus on the particular highlight of the area, but the other options essentially cover any level of projection one might be getting into. These other options ranged from really portable to general 1080p options for whatever use might be needed.

With the LG 4K UHD Projector HU80K series you're getting a remarkable bright option that can project from a number of clever angles. I was really impressed with this as it was not only of a true 4k resolution, but also incredibly untouched by light. I was lucky to have the demonstrator for the area flick the switch for a second to see, the picture was basically the same as when it was dark. That's sort of a big deal when it comes to projectors. Usually the light makes it hard to see and this device seemed unfazed by the change in lighting. 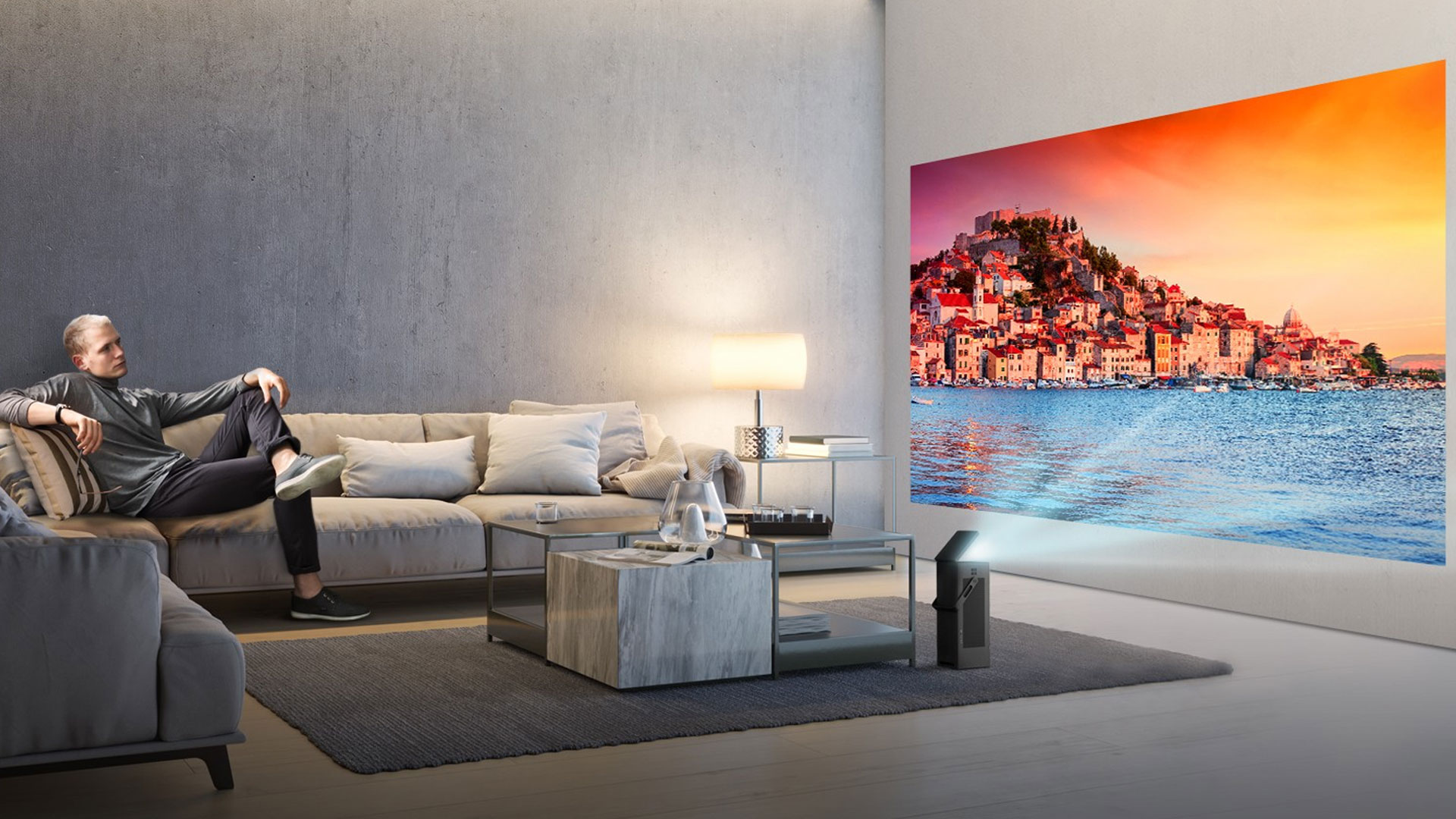 When it comes to 4k projectors they're still rather large and LG aimed to make something more compact while not hurting the wallet. The device is half the size of other 4k projectors providing an easy option for owners to take it around the house without any issues. It's also quite sleek in its general look and with how many connection options are present. There's USB, HDMI and Ethernet ports as well as support for wireless devices. Aside from traditional plug-in methods you can also take advantage of the webOS 3.5 smart TV interface to access popular 4k streaming applications.

This is LG's brightest projector with 2,500 lumens. At a max it can create a 150 inch screen which is insanely large, while still keeping that high level of resolution. If that's not enough, HDR10 support is also present to make the lighting feel more vibrant and alive. The Mirror Reflector can be used can be used as a lens to defend the device from dust when it's stored away. Two powerful, yet clear 7W speakers deliver the audio one desires without the need for a soundbar or external audio option. The LG 4K UHD Projector HU80K series was very impressive for the short time I was able to view it being something that would just fit anywhere in the house hold. It's easy to take with you having a convenient handle and it's a different sort of option for getting 4k projection.