LG had a strong presence at CES 2018 with an absolutely packed booth and a number of exciting innovative products. The first part of my coverage in regards to the company will start with their upcoming and future OLED TVs with ThinQ AI. The general journey began with an exciting look at their winding 90 foot long LG Canyon. This was a beauty to behold featuring 246 LG Open Frame OLED displays, with 90 concave and 156 convex configurations. This was an immersive 28m long twisting canyon trail with alluring images produced by a total of two billion self emissive OLED pixels. It was a greeting of pure wonder and rather bright images which showcased various aspects of nature. Certainly a different way to get a tour started and it was hype building.

This was further enhanced by Dolby Atmos which provides heavenly audio, I get rather excited in theaters when it shows up so it's nice to see it so embraced now in the TV market of which it is included in LG's 2018 line-up. Moving onto that said line the 2018 OLED and Super UHD TVs feature 4K Cinema HDR. This is a truly cinematic experience at home, regardless of the format. There's new Advanced HDR by Technicolor as well which supports most major HDR formats. This includes Dolby Vision to HDR10 and HLG (Hybrid Log-Gamma). The line-up features LG’s proprietary algorithm, "Enhanced Dynamic Tone mapping" to process HDR images dynamically frame by frame. 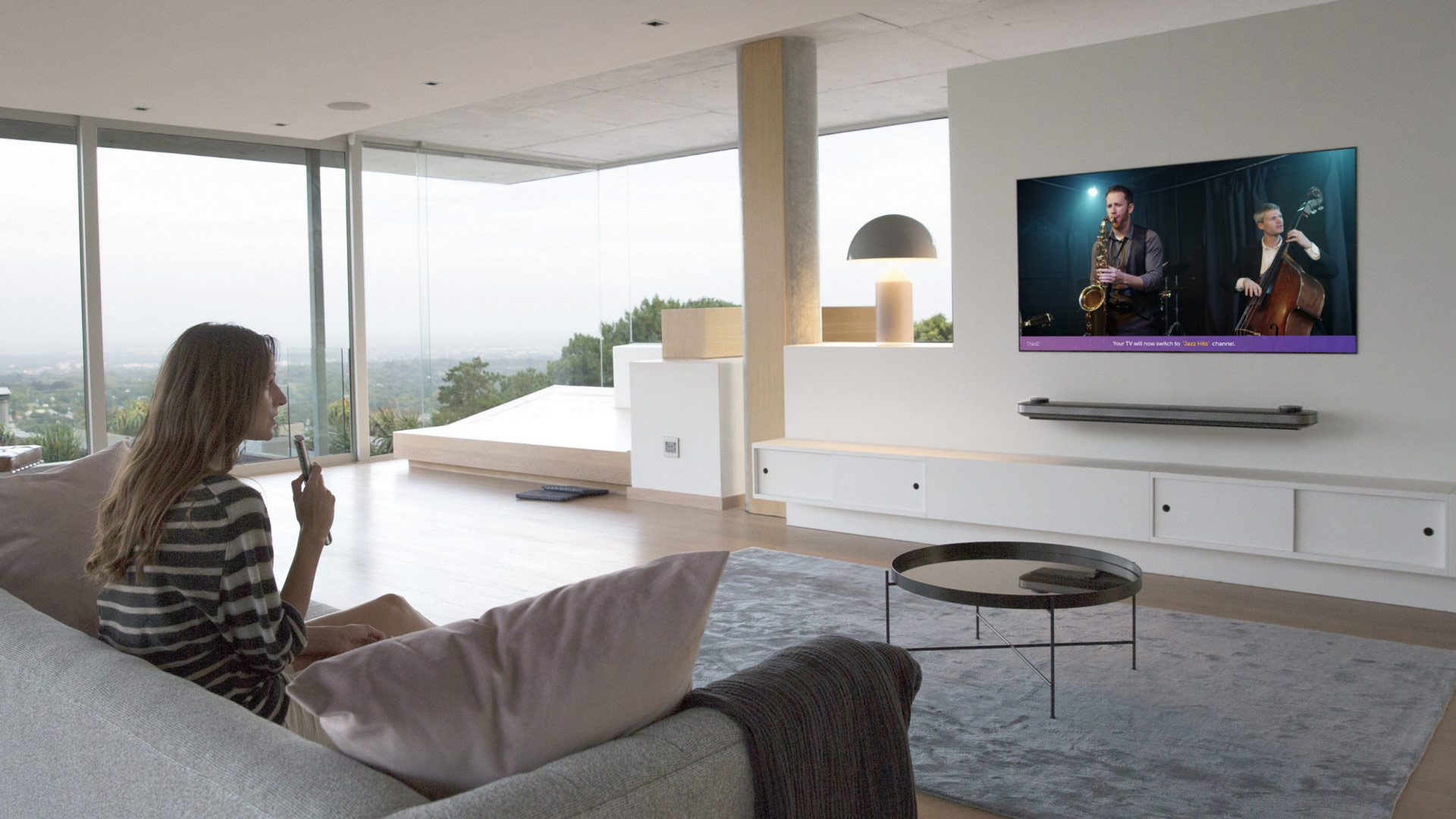 The next big part of LG's TV showcase was the addition of their new ThinQ AI. Artificial intelligence was all the rage at CES 2018 and LG is bringing their unique style to it with their products. This comes into effect on their OLED and Super UHD TVs providing an advanced image processor and the power of voice control through the remote. You're able to verbally request things that are more advanced such as “show me all the movies this actor has starred in” or “show me yoga videos” as given examples. You can do simple requests as well if that wasn't clear, but these help give a better idea of what the tech can do. These TVs also act as a hub for the rest of the connected house chatting with other smart connected devices such as lights, speakers or robotic cleaners. Essentially it works with a pile of devices that can connect with the TV over Wifi or Bluetooth.

The LG α (Alpha) 9 processor will bring the next level of quality to the TV line with true to life images that provide incredibly rich colors, sharpness and depth for further realism. One of the core innovate aspects of this is the four step process of noise reduction, which boasts twice as many steps compared to conventional techniques. The algorithm allows enhanced finesse in noise reduction, improving the clarity of images affected by distracting artifacts. There's also the color correction algorithm that allows for more natural colors and HFR which is high frame rate for 120fps video.

LG Continues to advance their display technology and it was all rather impressive. A definite push forward working towards providing a voice controlled experience through the TV to help connect the house and an impressive ThinQ AI backing. Their 4k line-up is much better with this being integrated and which so many smaller tweaks to picture quality it should provide some gorgeous presentation options for the modern household. Things become easier and the TVs will be able to sync much better with a streamlined connection to game consoles, sound bars and other devices that can be controlled within the hub.