Uncharted was a fresh title that really blossomed on the Playstation 3, it then hit new heights as the entire core series was available on Playstation 4. I was actually rather lucky to jump into this series many years later. I say that in the sense that I got to play all of these games really close together and was able to clearly see that sense of progression across the titles. This was with a play of the Nathan Drake Collection and then Uncharted 4 a few months later. It was right when I picked up a Playstation 4 and it was a fantastic way to start experiencing the exclusives. I absolutely adore narrative driven titles and to play a whole series through relatively close together when moving towards the conclusion was special. The series has most certainly been known for its sense of adventure and storytelling. Each title made a large impact upon release and that same goal of trying to bring a similar yet incredible new experience for gamers has continued.

Drake's Fortune was of course the very first of these and the introduction into this great selection of characters. It followed Drake as he searched for El Dorado in South America. He was assisted by his loyal mentor Sully and an intense journalist Elena. I honestly wasn't too blown away by this one when I finally got to play it, but certainly appreciated what it set up and that it was probably fairly impressive for its time. My main issues were generally combat as Drake just straight up terminates a small army. That being said, the exploration and island was fantastic with so many exciting action sequences. 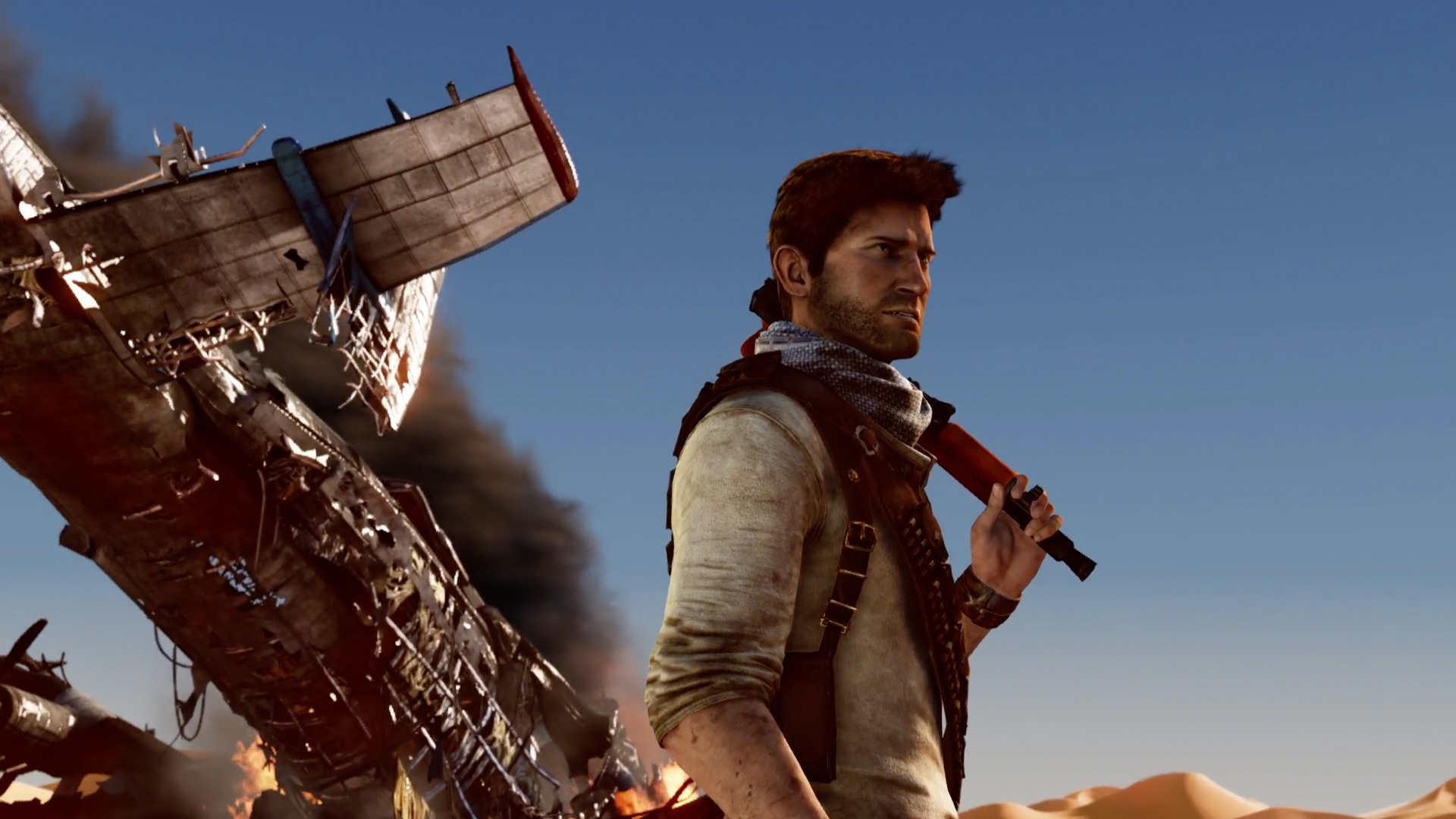 Among Thieves then arrived a couple years later and I'd argue that this is the best release of them all. It greatly expanded the series and set a standard for quality in graphics as well as storytelling. Here Drake is adventuring through Nepal and the Himalayas in search of the lost city of Shambhala. The core group returned for part of it and the entry introduced us to the great Chloe as well as some smaller new characters. The action was more intense, the scale was larger and it was just perfect. The game also brought multiplayer in.

Drake's Deception was another great release and a nice conclusion to this supposed trilogy. It focused mostly on building a back story for Drake and his mentor Sully. The scale was large and had them growing slightly older as they searched for the Iram of the Pillars. The existing characters returned for smaller roles and there were many new ones introduced. This particular entry was probably most notable known for the insane plane spill in the desert, a tad unrealistic I might add but cool.

A Thief's End is apparently the absolute ending for the series and a perfect one at that. It follows a much older group of characters as Drake gets back into things after his long lost brother comes into the fold. This is an adventure of old age, collecting treasure and dealing with family. It was almost sorrowing to see this growth, but a damn fine conclusion for it all.

Surprise, The Lost Legacy is also part of this core line. It was a recent standalone that followed Chloe Frazer and Nadine Ross, a change of focus but a solid one. It's based entirely on the same content as A Thief's End, but takes players to India for a completely separate experience. It was good, somewhat recycled from the main series though a change that shows this series can have other characters take charge.