Paranautical Activity is an interesting title being simple in concept and design while creating a fun, yet challenging environment. At the start of each playthrough you get a selection of classes which each offer a very wide variety of weapons and then are thrown into a box. You then move around this empty area and begin to choose doors to move through with each new room providing an entirely random environment to battle in. This kept things fresh as you'll definitely die in the quest to gain upgrades and bonuses for each of your runs. There are of course a variety of rooms within the game aside from being random there's a theme to some of them such as a boss area that you'll need to beat or perhaps a gift shop to spend your hard earned money from ghost slaying. It was also quite a fan of just the pure variety of enemies, especially with the bosses as there were some wild enemies to battle. This ranged from traditional things like floating skulls to demons and as wild as fighting a floating whale shooting plasma blasts everywhere. It was crazy to say the least and even better as you went up through the levels with the difficulty only increasing throughout. Aside from the traditional playthrough you could also unlock some variant harder difficulty modes as well through playing.

The game had a great quick speed to it as you hop around blasting enemies and very much carried an arcade style of first person shooter. The graphics were done in 3D pixel design which looked really nice all around so that was great. The rooms were somewhat dark for the most part and some more lighting would have been welcomed, but it does get a bit more mixed as you progress across the levels. I also was a huge fan of the enemy variation and designs with so many unique offerings that every room felt like a special death trap designed just for me. There were also just a ton of awesome weapons to use whether you spawned with them like the "Bowie Gun" that was a crossbow or some of the great ones you could find at the gift shop or just dropped around. A final thing to collect were bonuses and power-ups found in levels by defeating bosses, special enemies or buying them. 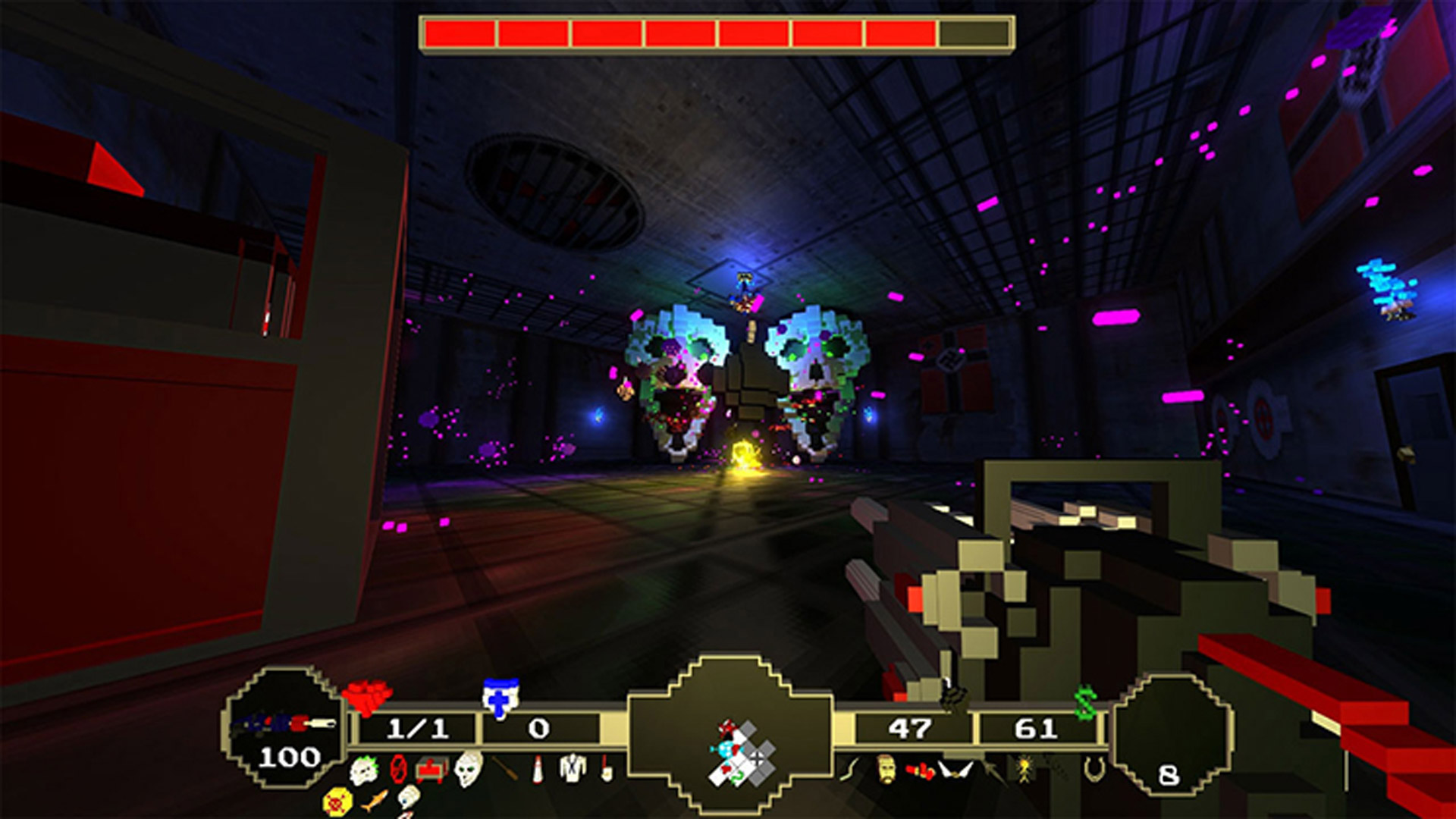 Paranautical Activity is quite a fun game and definitely something different for Wii U which is appreciated. I loved the graphic design with the 3D pixel art is what well done and generally the game controlled very well. It was particularly awesome to get power-ups to help you trudge through the rooms of death that lay before you. You'll definitely need to be cautious of enemies from everywhere as there could be floor sharks, floating turrets or other monsters soaring around in each room. It's definitely a solid dungeon game and with the random rooms it always felt like a new adventure each playthrough.