Typoman was an interesting title taking the style of a platformer and build a sort of word game around it. Your character starts off as this small shape and quickly evolves by collecting some extra letters to build a body. These aspects were simplistic and in place to teach players the style of what would evolve over the course of the title. Through progression you run across a number of puzzles and situations where it'll be required to string letters together to create words that will affect the environment. It comes in the form of various words like changing rain into drain in order to remove water from a whole or turning off the power of a switch to progress. These aspects were fascinating as it added an extra element to a well known platforming formula. What I didn't like about this was that it escalated quickly sometimes in terms of difficult in understanding what exactly you were supposed to do in order to progress. I would actually spend minutes standing in one spot trying to figure out what exactly it wanted me to do. They did a great job of presenting a clue on the gamepad, but this still wasn't a simple process where sometimes it perfectly pointed out a word which clicked in my head whereas other times I was still completely lost. I also had some other problems in regards to movement through the worlds where I would hit something and fall to my death or the character just couldn't hit the right spot to progress. The combinations of these two problems continued along the duration of the campaign and got quite annoying at times. I still really loved the style of the world, the concept behind the word puzzles and the general storyline for this little word character.

Mostly uses simplistic platforming styles, but adds a unique layer of puzzle problem solving integrated into the world. The environments show a beautiful and desolate landscape melded with phrases or decorated letters. I was in constant awe with the scenery as it always looked so interesting and blended perfectly well with the character movement. It was even extra creepy to see the various enemy type word monsters appearing along the path. It gave off a bit of a creepy Limbo vibe almost at times with just the art style in general. The movement of the game is relatively simple with the small character being able to traverse simply with some other aspects of picking up letters and placing them around in order to solve the problems. Again, I found the whole word solving system to be unique and a great aspect yet it just wasn't placed in an easy enough solve system. 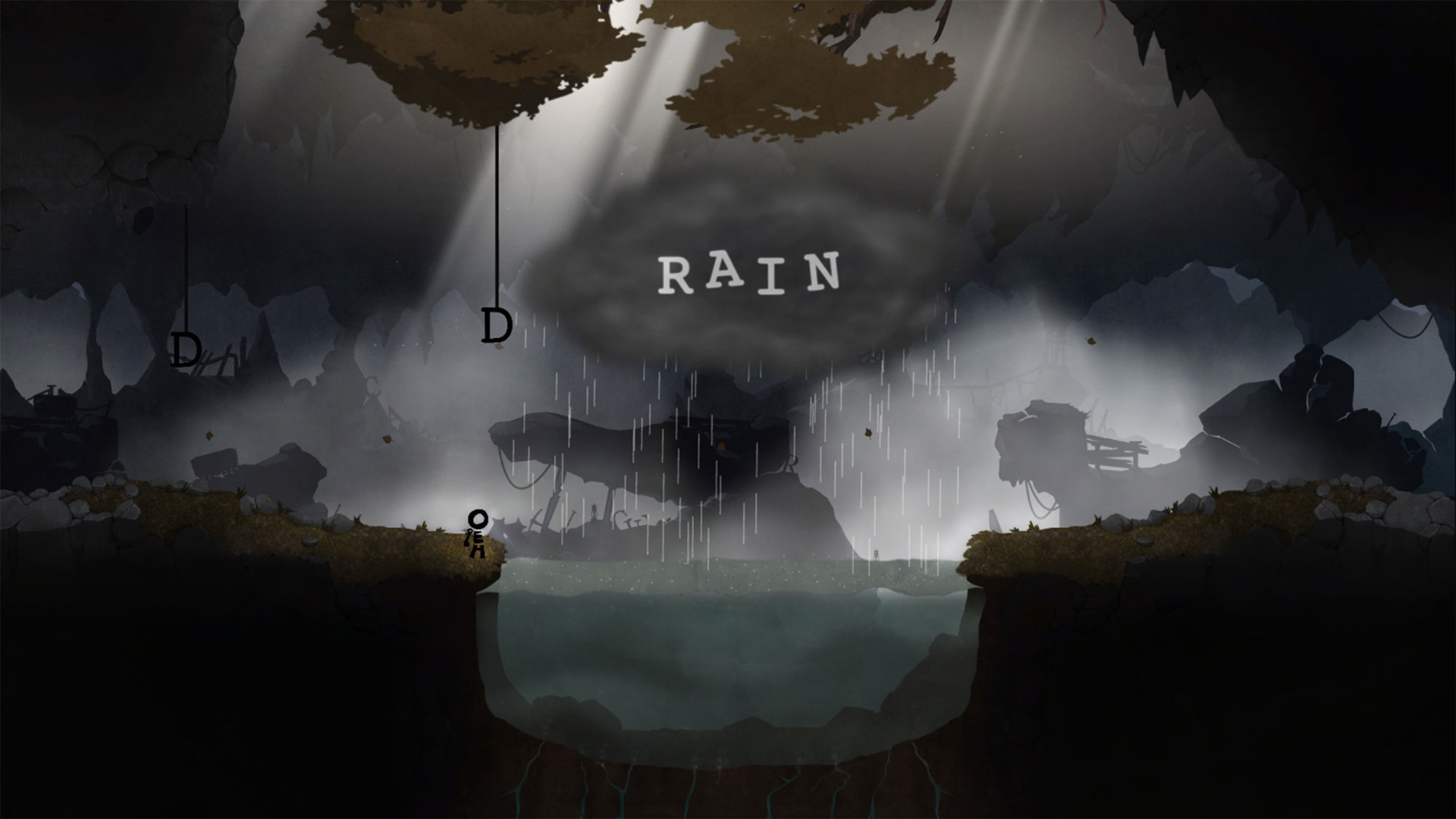 I thought Typoman was a completely unique take on platformers, yet it was held back by some annoying mechanics and a puzzle system that wasn't always as focused as it could have been which was quite disappointing. The character was so awesome and it was just great at the start while you built it by picking up letter body pieces. That puzzle letter system was also really satisfying when it worked out though it was just too difficult at times. The game definitely had a great environmental feeling to it and the set was all in place for a perfect platformer yet just those issues really held back the experience.

Typoman for Wii U
Review Code provided by Headup Games