What exactly is Squids Odyssey? Well, it's the combined product of multiple Squids game that were released previously along with a new set of additional content. This is all available of course together on Wii U with controls that have been spot on redesigned for the title. It actually works wonderfully with the track pad and thankfully doesn't just fully rely on the thing. So in Squids you are given a team of, well squids to complete a vast number of missions which will require a number of differing strategies to complete. Also when I say vast, there's a ton of levels for you to play and really no lack of content. Every level will have different goals of objectives for you to complete from getting to an area or whipping out the local enemies. Now you will very well question how this sort of over the top squid game handles its combat. Everything in Squids is set in turn based style with each squid member having so much stamina in order to play out its current turn, once all your squids have moved the assorted enemies make their assaults. Surprisingly the combat works much better than I thought it would though it's a bit slow as turn based is. Now another layer exists on top of the regular game and that's the RPG element which allows you to spend pearls earned in the map or by combat to purchase a series of helpful additional items, power-ups or level tiers to strengthen your team. This is an interesting setup as you can also swap out members of your team if you feel that another may fit better within the squad for any particular mission. I believe that touches well with the course gameplay, now onto the levels which are actually really neat with tidal waves pushing direction, crazy spiked fish and deadly infected enemies. The artwork and level designs are quite beautiful and made in linear fashion though I found the edges to be far too sensitive at times sending my squid troopers falling to their death. Squids presents a solid collection of maps, despite focusing on that sea turtle riding a tad too much. 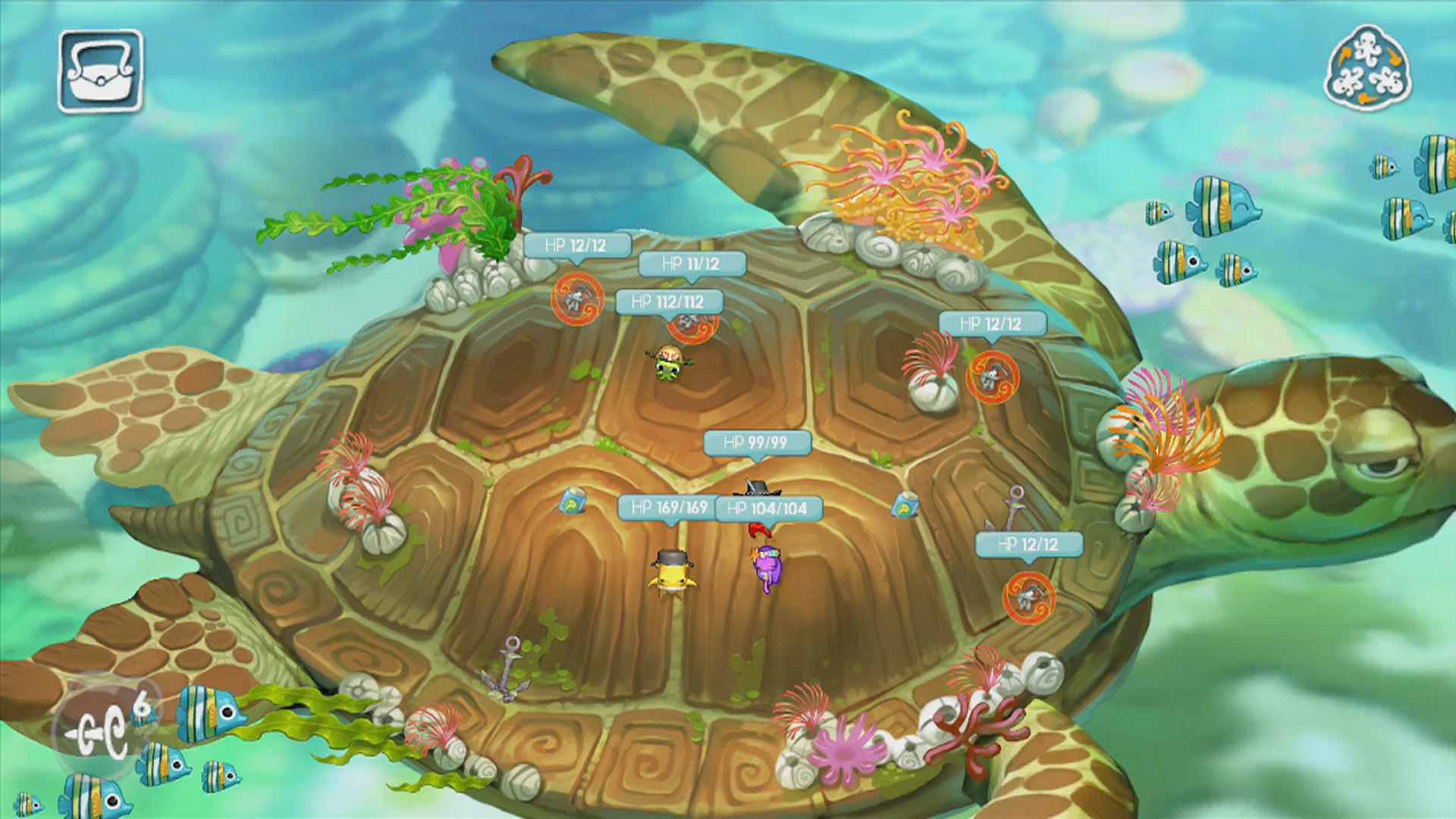 It looks fantastic and plays really solid as you grab your squids tentacles to fling them at enemies or targeted locations. Each squid has a special ability from ground smashing to shooting or some that when bumped heal. The RPG element with levelling and extra items is quite well handled. The turn based combat may turn some of the more used to quicker games players off, but it's a great playing game. On the Wii U the controller works really well with it as that's important on this particular platform of choice. 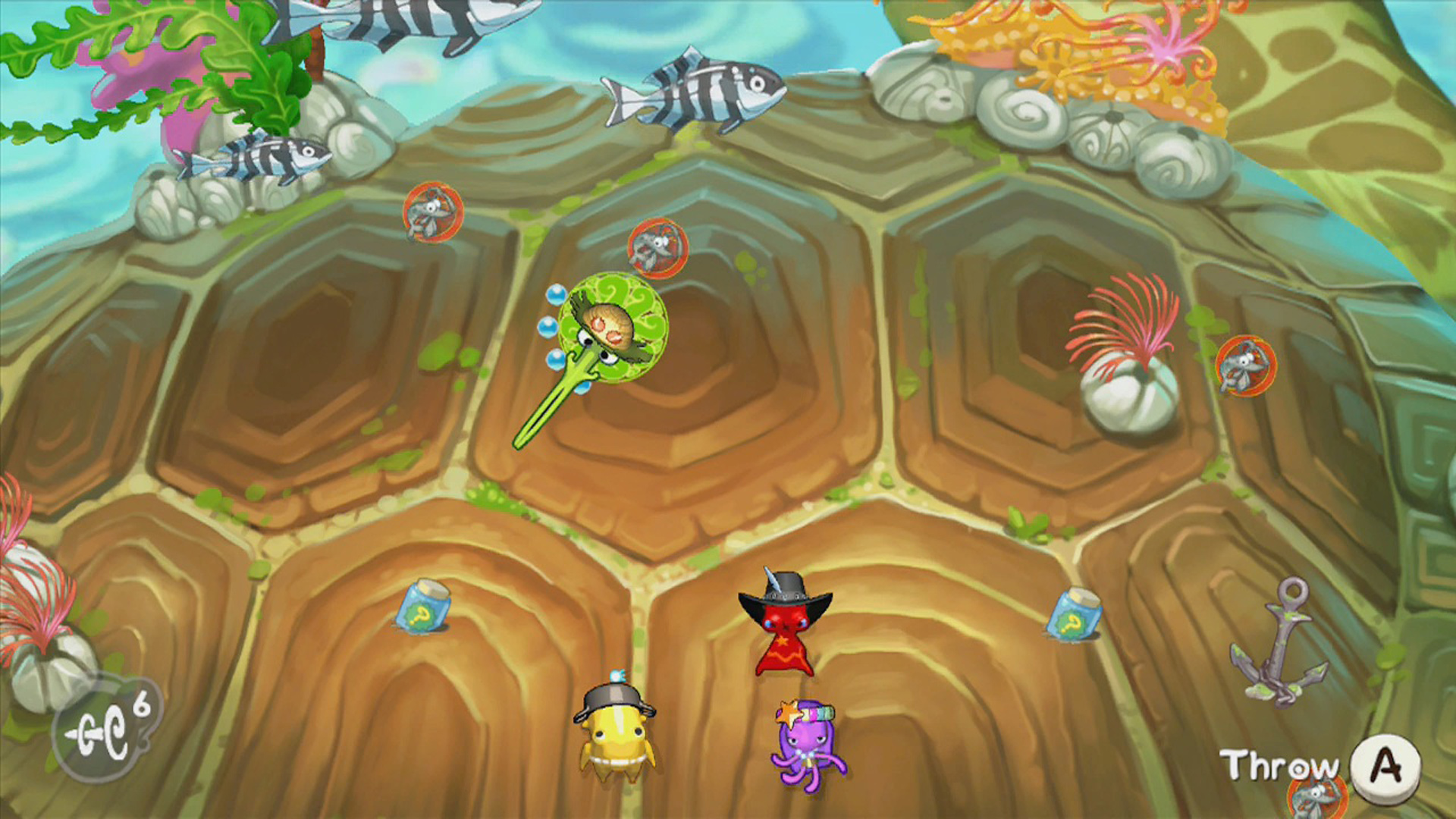 Squids Odyssy looks and sounds beautiful. The turn based combat is handled well with the Wii U controller and there's a vast amount of levels for you to play through. The cast of characters are interesting and the back story of the infectious goo returning works well with the game. Tons of side stars or hidden things to find on levels and if that's also your sort of thing. There's hours to be had and a kingdom to save! With squids! 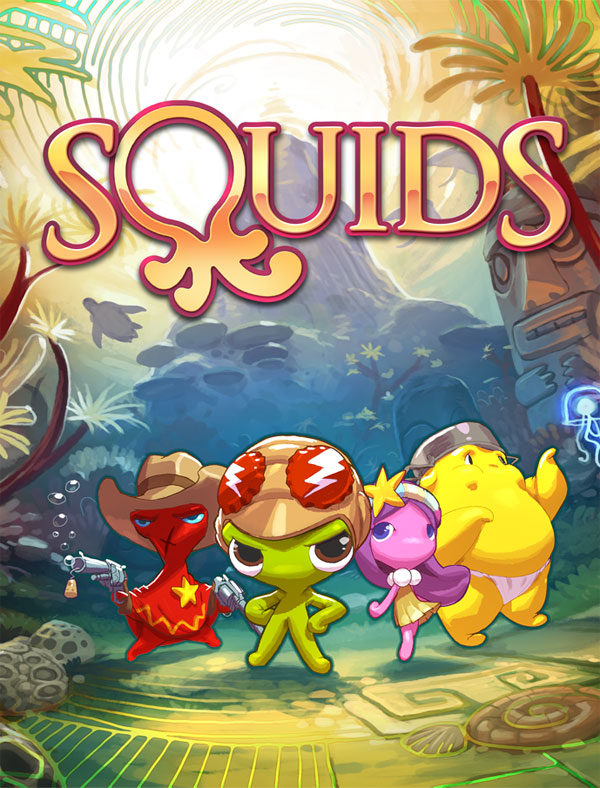