Way of the Passive Fist Review

Way of the Passive Fist is an entirely different type of brawler in the sense that you always strike second. It's not at all about engaging enemies, but allowing them to work towards you. This is done in waves as you battle across levels that are split into segments. Each segment has you face a number of varying enemies and then you're able to progress. There's not much of a story here, but you can see the lead definitely has a mission in mind. There are a number of levels present with varying scenery yet the game in general does feel rather repetitive. It seems that you're mostly killing the same number of enemies multiple times with no change in design and this can get tiresome. The game in general reminds me heavily of the old arcade and it would have been really interesting to play within that setting. On a modern platform it comes across as almost too simplistic and they could have done more to make general play more varied.

The visuals in Way of the Passive Fist were great, the pixel are shined here. The backdrops were smooth and helped make the fantastic characters stand out more. The combat looks smooth and plays similarly. It's really simple in what you're doing and as you build combos it feels epic. It's just a slick person that steps aside and then strikes with powerful force. This brings defensive gameplay to a whole new level. In some games you aren't able to attack and most you can just attack, here you're purely playing a quiet return of force. It's interesting, I just wish it was more dynamic. The system wears thin as you repeat the same combinations of hits to tackle the enemies you've faced many times in a row. 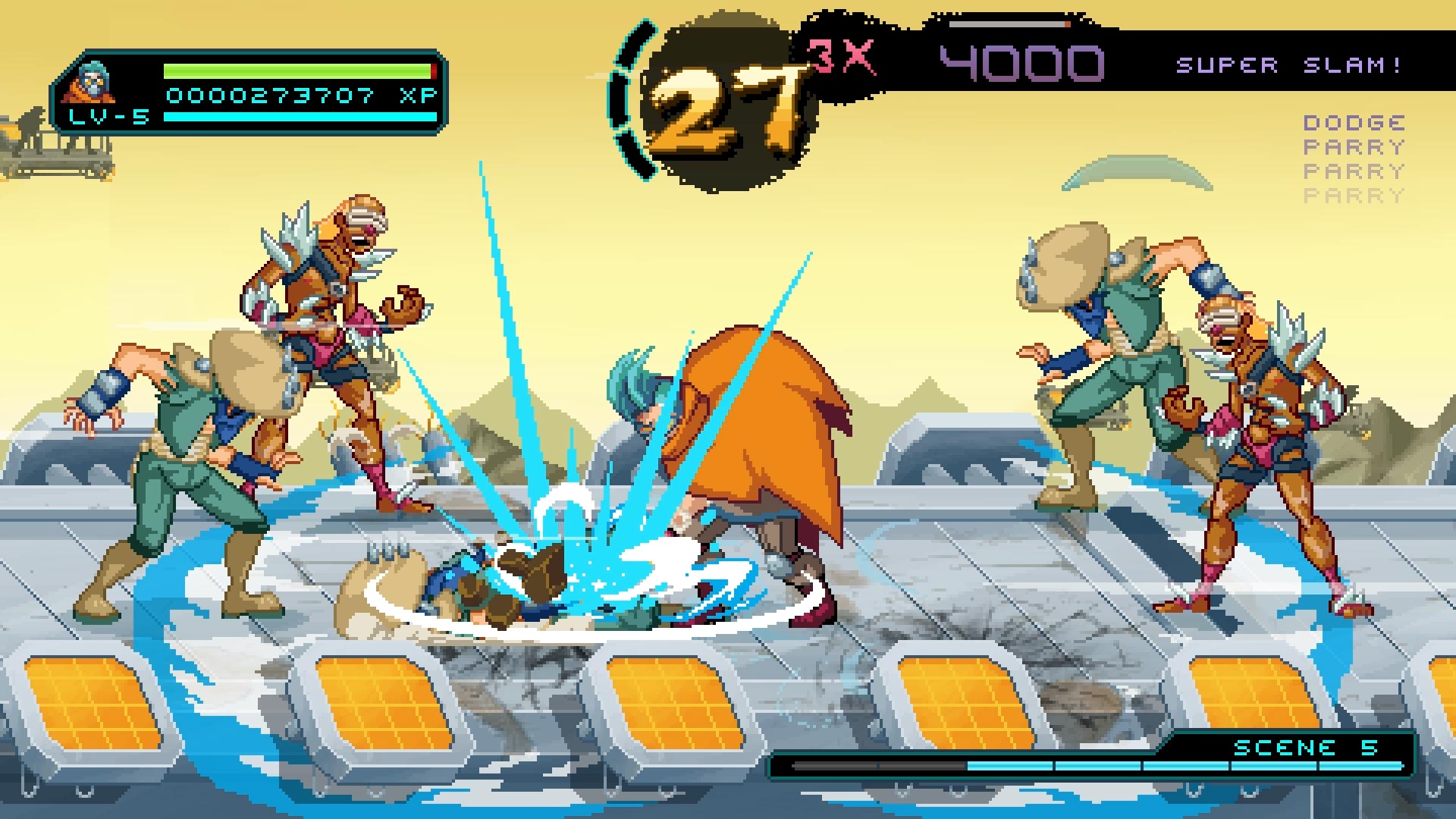 Way of the Passive Fist captures that arcade style really well and it would be perfect for that type of setup. In the modern times it doesn't quite hold up to what standards are. The pixel art visuals are excellent here and the animations matched that aspect. The gameplay feels cool when you do unleash upon enemies, yet I still desired more than what was offered. It has a cool setup scenery wise and it would have been great to get some sort of back story at least for what's going on. There were some neat ideas here that no other game has tried so I'll definitely say it's a very creative effort to do something unique.