This is an ARPG adventure set within the fantasy side of the Warhammer universe. Chaosbane has you select from a number of classes, and then engage in various missions. There's been an attack on the throne, and you need to step up to figure out what's caused this threatening situation. This is the core concept for the narrative, and the starting point in this beta presentation.

You do get a bit of context in the form of a cutscene before this part. The audio kept running over other lines during the cutscenes, and this was really the only issue I came across while playing. It should be an easy fix I imagine. Other than that it generally ran fine on the Xbox One X, I don't have details on whether it'll be enhanced for launch at this point. Still, with creatures packing the screen it looked great and was fluid. 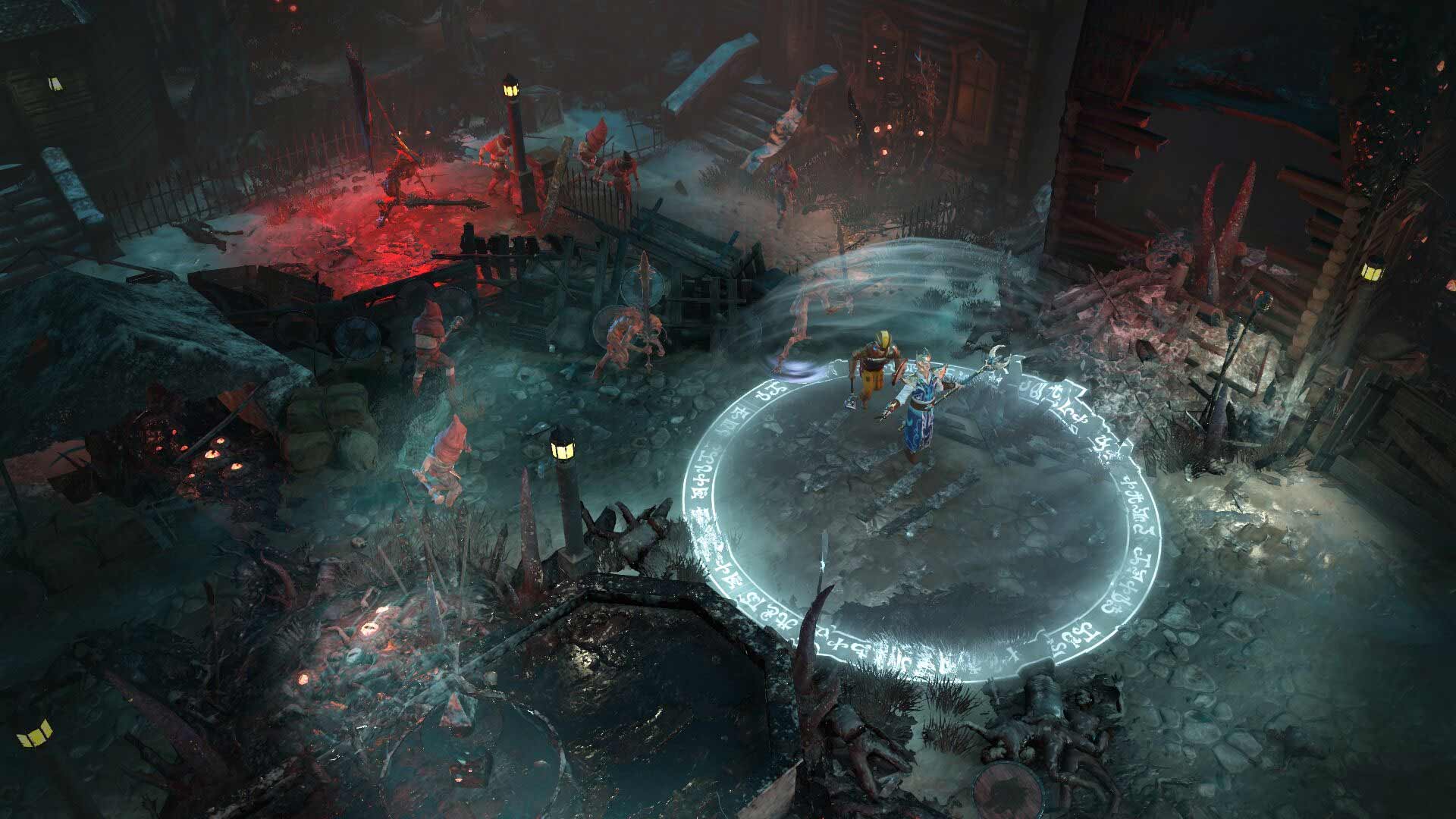 The world seems to be authentic to the lore and universe of the expansive Warhammer universe. I'm not too well versed in this particular mythology, but I didn't feel out of place when learning of the story at play. It's an over the top perspective featuring brawler type situations. You'll fight in a series of rooms which deliver different types of setups.

Some areas are more claustrophobic, and you're not locked to fight in particular sections. So if things get too hot, don't be afraid to dash off. I was very pleased by the aesthetics of the environments, and the quantity of monsters present. I was mashing through dozens of creatures at a time, they were presented in various sizes and strengths. It looked great, was particularly gory and it was neat. There are boss type creatures to tackle as well. The difficulty does increase as you battle along and I imagine this would be more fun in a group. Chaosbane supports four player local or online multiplayer so you can work as a squad. It also has a variable refresh rate on the Xbox which is an appreciated feature.

I definitely had a good time with the game thus far and I look forward to the full experience. It appears to have plenty of content, with a few ways to battle it out class wise. It's shaping up to be a great ARPG on the console, I look forward to the full release to see the entire package. You can read our review of Vermintide 2, or check out the general Warhammer hub below for additional coverage of games based within the franchises.