Vicious Attack Llama Apocalypse is a wild sort of game in terms of what you do and the general concept of it. These are dark times as the llamas are savage and causing issues in the city, you're sent in from a remote position to control mechs to battle this threat. It's a sort of dungeon crawler almost as you work through multiple areas and death sends you back to the start. It's somewhat more of a rogue-lite, but my description fits it well. With that you adventure forward through a series of rooms eliminating any and all llamas. These creatures are almost like zombies, but obviously much more deadly.

There are power-ups to collect and weapons to unlock as you progress in your cross-playthrough goals. The entire experience can be worked through alone or with up to four players in local cooperative multiplayer. It's a nice choice, yet I still would have appreciated an online multiplayer option. Especially since the game is Xbox Play Anywhere, the cross-play would have been nice. It doesn't sound incredibly deep in terms of what's going on, but it's a lot of fun to play. You just blast down these creatures in gruesome ways and push forward until the horde pushes back too hard on you.

You can choose a color for your mech and then drop in. You collect power-ups to grant quick assists or get better guns. The better weapons help greatly, especially when you unlock the higher tiers. If you need more goals each area has a bonus objective as well. The action is presented in a top down twin stick shooter style that works well and is visually pleasing. It's quite visceral with vast amounts of gore as the llama bodies pile up. This can be tweaked within the menu however if for whatever reason you want a cleaner view. The shooting works well and it's nice to mix up each side of your mech's guns to change what kind of damage you unleash. Perhaps something that spits fire in one and a traditional machine gun in the other. 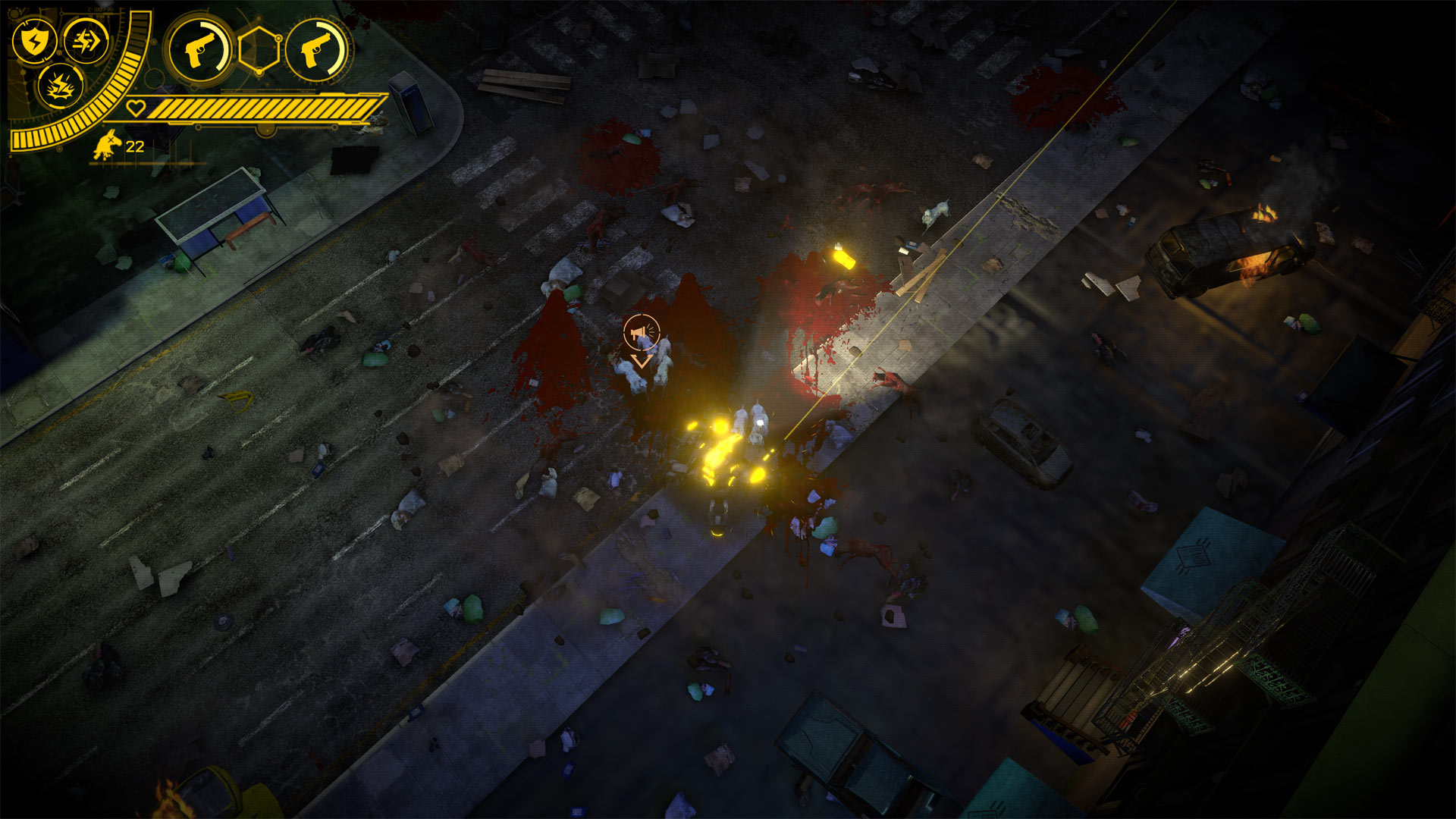 Vicious Attack Llama Apocalypse is certainly a wild experience and something you won't soon forget. The benefit of it being a Xbox Play Anywhere title is appreciated and it works great for either control inputs. I would have liked cross-play, but the local multiplayer is fine. It's definitely a fun and challenging game as you battle through waves of insane llamas on the path to just keep pushing forward. Things do get easier the more you play, but it still always aims to present a hardcore challenge. The city blocks are quiet and unforgiving as the hordes begin to mob all spaces. Be nimble and careful as you watch all the creatures around you fall silent from the spray of weaponry from your mechs.