While I had played the original Turok remaster prior to it hitting consoles, with Turok 2: Seeds of Evil Xbox One this was a fresh experience for me. This second entry is a huge jump in terms of visuals, gameplay and content. To start you get an intense campaign that has you exploring various planets battling creatures and working through a number of objectives within the world. You move through areas teleporting to new spots, hitting gears or even saving little children. This is quite different from the original game and it's all very impressive. Keys are still there, yet not all you're able to work towards.

Aside from running very well on the console as a single player experience, there's also online multiplayer. It's rather exciting to see an older game have Xbox Live support and its fun. You go around blasting others with matchmaking options across a number of modes. Battle it out in straight up combat, objective situations or even throw some Raptors into the mix for a frenzied time. The multiplayer is a mixed project in that it takes parts of the PC and Nintendo 64 versions of the game, merging them into one awesome package.

If you're coming from the first Turok then this is a huge change up. The visuals are much sharper, there are many more polygons and world is far greater in scope. The objectives are varied, what you do and how you go about doing it also expanded by quite a bit. You can also dynamically attack enemies which was very neat during combat. The core elements are still present as you run through rooms blasting enemies and attempting to move within a linear yet open space. You can swim, climb and unleash ever so many weapons. The push towards higher cinematics was also appreciated though the weird alien lady was almost unsettling, at least in voice. 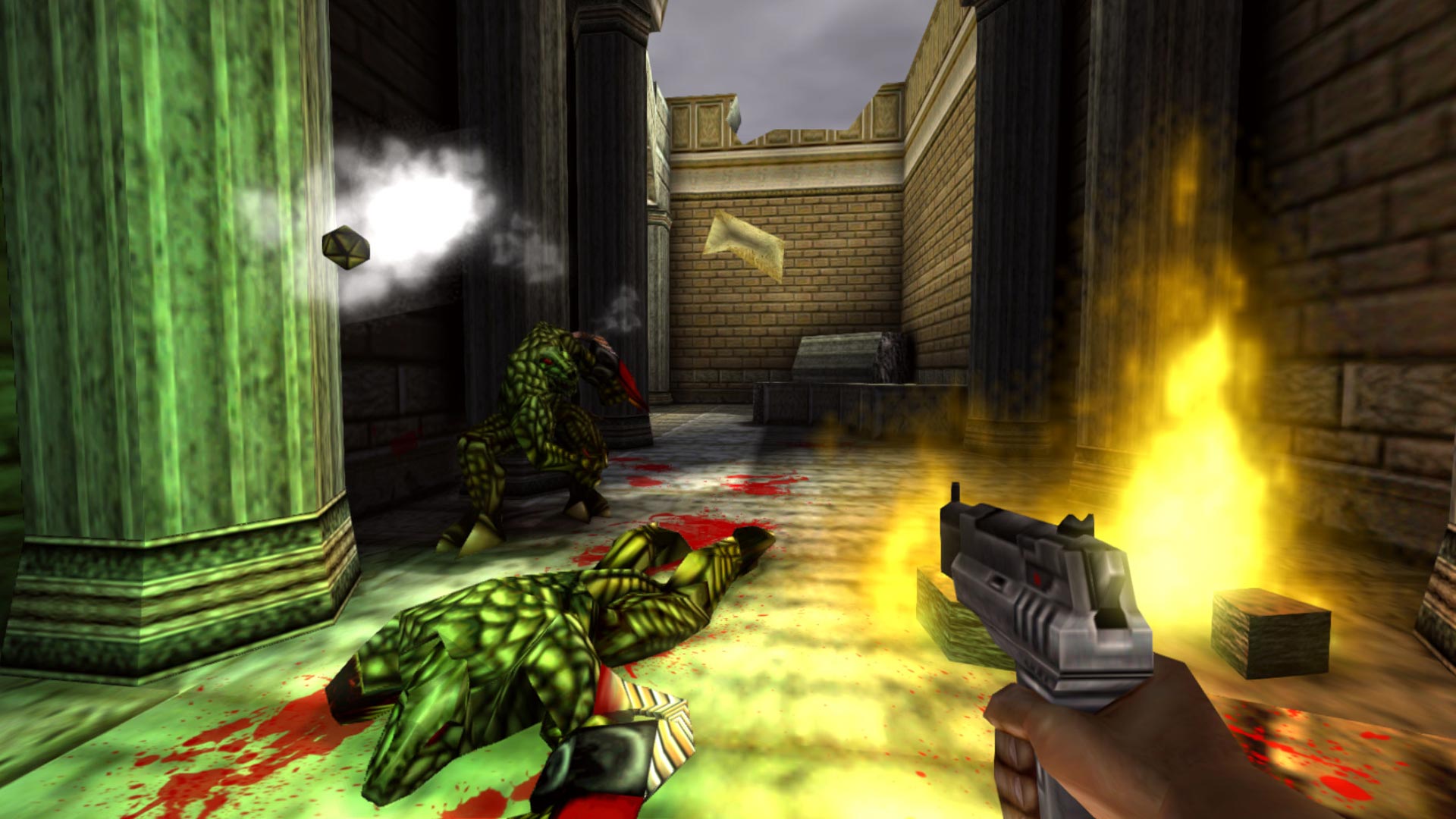 Turok 2: Seeds of Evil works well on Xbox One, the controls feel great and the online multiplayer is a lot of fun. There are many options to enjoy this game whether you're wanting to play alone through the campaign or take on others online. The multiplayer is a great mix of classic modes and maps. The general improvements over the original are noticeable and this is a fairly compelling package. It was great to check this out as it was certainly fun to play, I'm sure those that enjoyed it back in the day will appreciate the effort. Older fans will probably be a big fan of the multiplayer in particular. It's a decent remaster, yet I still would have liked to see something more done with it, though it does hold up better than the first title.

Read our Turok Xbox One Review
View our Turok Hub