TT Isle of Man: Ride on the Edge Review

TT Isle of Man: Ride on the Edge aims to emulate the intensity of the world's most dangerous and lengthy bike racing competition. It does this by providing a number of modes and authentic, yet limited courses to do so on. You can just jump in for some quick racing, but there's also somewhat of a campaign to work through as well. If you want more, there's an online multiplayer option to compete against other enthusiasts within. For the most part the options are fine, but the game is light on tracks to provide decent content. When you're working through the career campaign you feel as though you're replaying the same location multiple times. There's some progression included and variations in what's going on, yet it still doesn't come across as having much depth. It does feature a number of pro racers as well if that's something you're into.

While the content feels light, it's the gameplay I had some real problems with it. The bike handles quite awfully at times with physics that don't really make sense. At times it's too sensitive and other times it won't respond at all. No matter what I would do around many corners the bike just would not turn. The camera angle after wiping out is fun and the world is gorgeous. There's some pop-in present, yet the visuals were actually quite impressive. There's lots of depth out there from the trees to the buildings that line the street. The tracks were impressive for their scale with the largest being a truly long ride that felt as though it might never end. 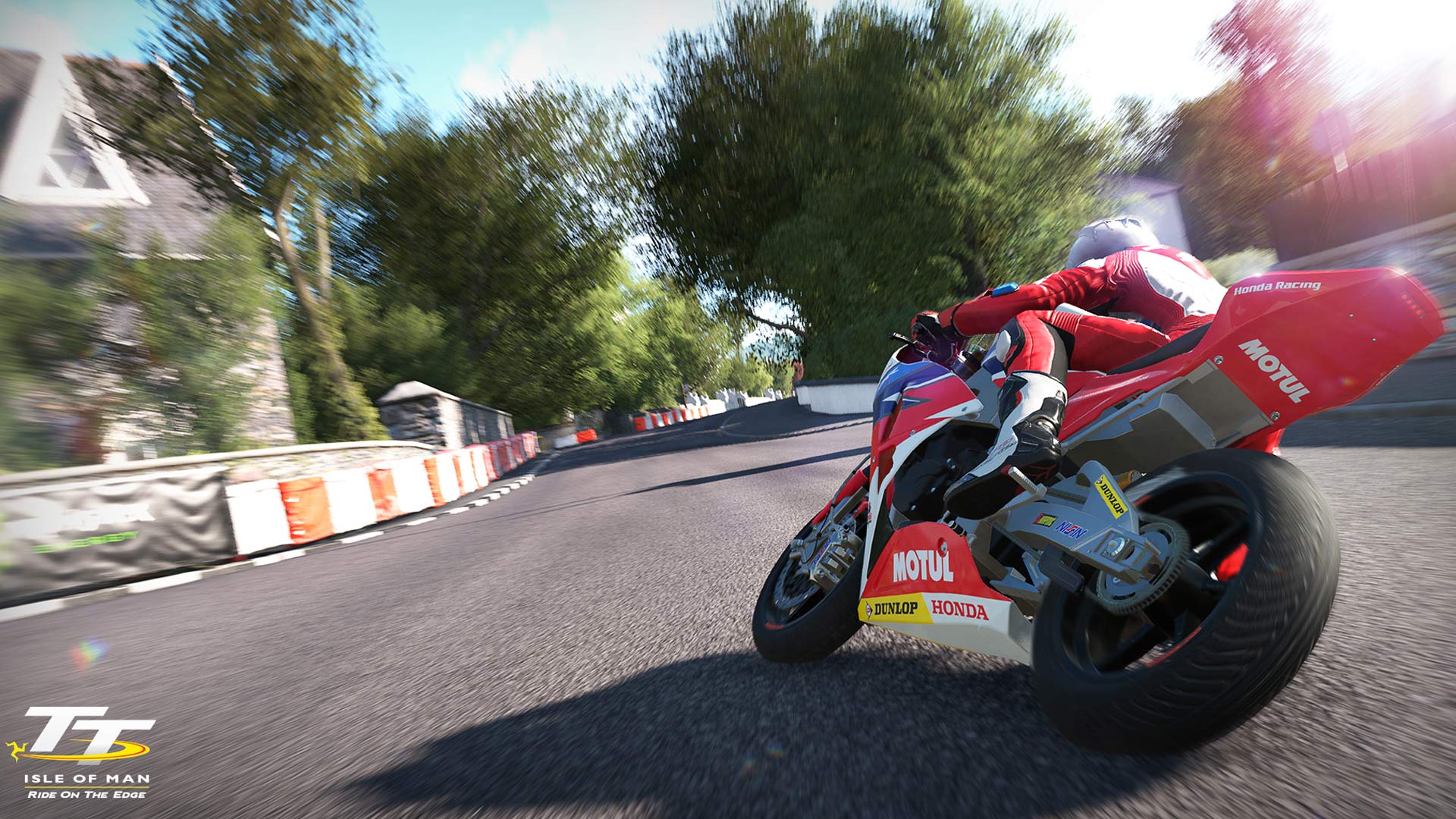 This biking game is really for the hardcore fans not being something that any player could jump into. TT Isle of Man: Ride on the Edge does some things right whereas it falters greatly in other regards. The visuals were actually solid with the Xbox One X enhancement being mostly impressive. That being said it did feel quite limited in terms of content so there's not a lot to do. I found the controls to be inconsistent and the AI to be very good at what they do. It's a fine racing game that doesn't quite go as far into the amount of depth it could have.

TT Isle of Man: Ride on the Edge Review on Xbox One X
Review Code Provided by Maximum Games