At this point it's been awhile since LEGO Dimensions first launch late last year and now we've seen most likely the best of what's to come out of this first season of waves with only three smaller Fun Packs releasing a bit later though Slimer might be neat. With that I'm going to take a look at the top 10 LEGO Dimensions expansion packs including the best Level Packs, Team Packs and Fun Packs that released for LEGO Dimensions. I also took into account for this list universal appeal along with general look of the both the gameplay and LEGO pieces that came with each set in this rankings list.

I've decided to place this level pack at the bottom of my list since I didn't find it to be anything special despite having a nice look at Springfield and particularly because the standard game comes with a Simpsons level so it wasn't necessary to explore the area again. I also wasn't too big a fan of the LEGO components since they're nothing new. 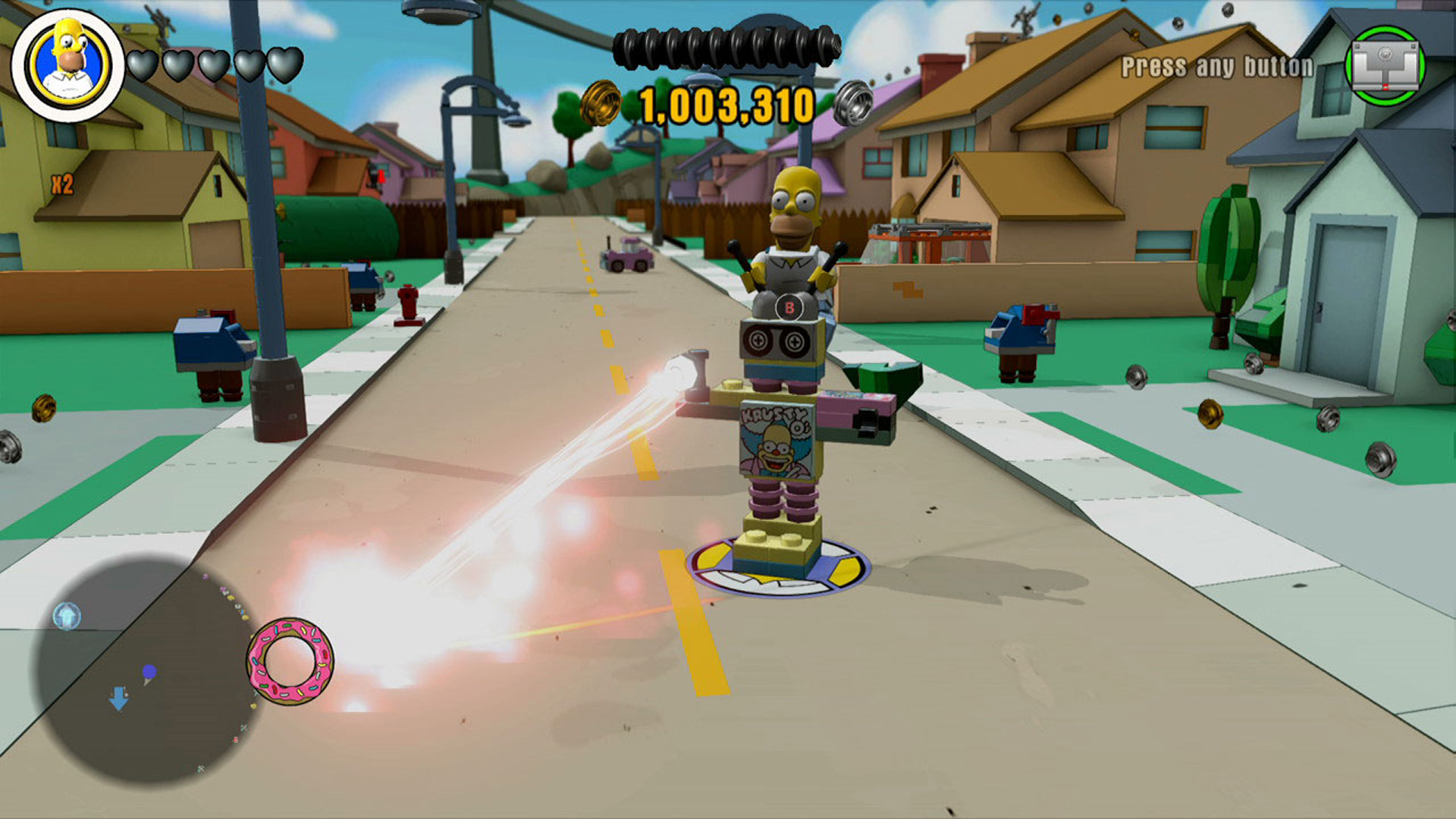 #9: Back to the Future Level Pack

This one was a huge disappointment for me as I'm a huge Back to the Future fan and this was really just a brief set of levels that were strung together to show small portions of the first movie. There's so much potential with this franchise and this whole level pack was just disappointing. The LEGO pieces also weren't anything new and the DeLorean was also tiny, but in-game it was neat for travelling back in time on some special parts of levels. 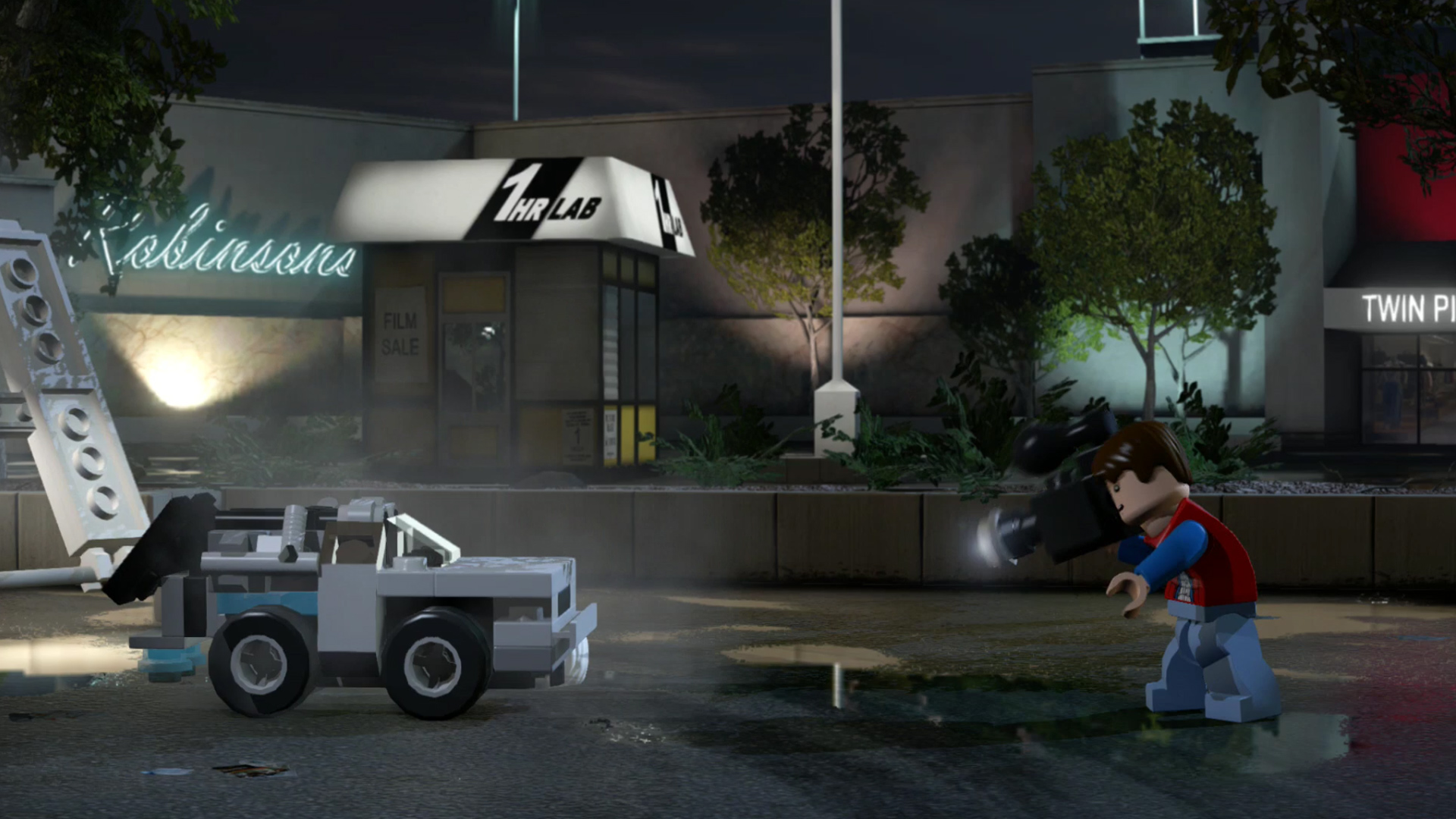 While these characters might already be available out there in the regular LEGO world it was nice to have their presence in the game, particularly with Scooby as he can dig the many special spots located in the game. I also liked the mini Mystery Machine as well in both the game and in the LEGO components style. 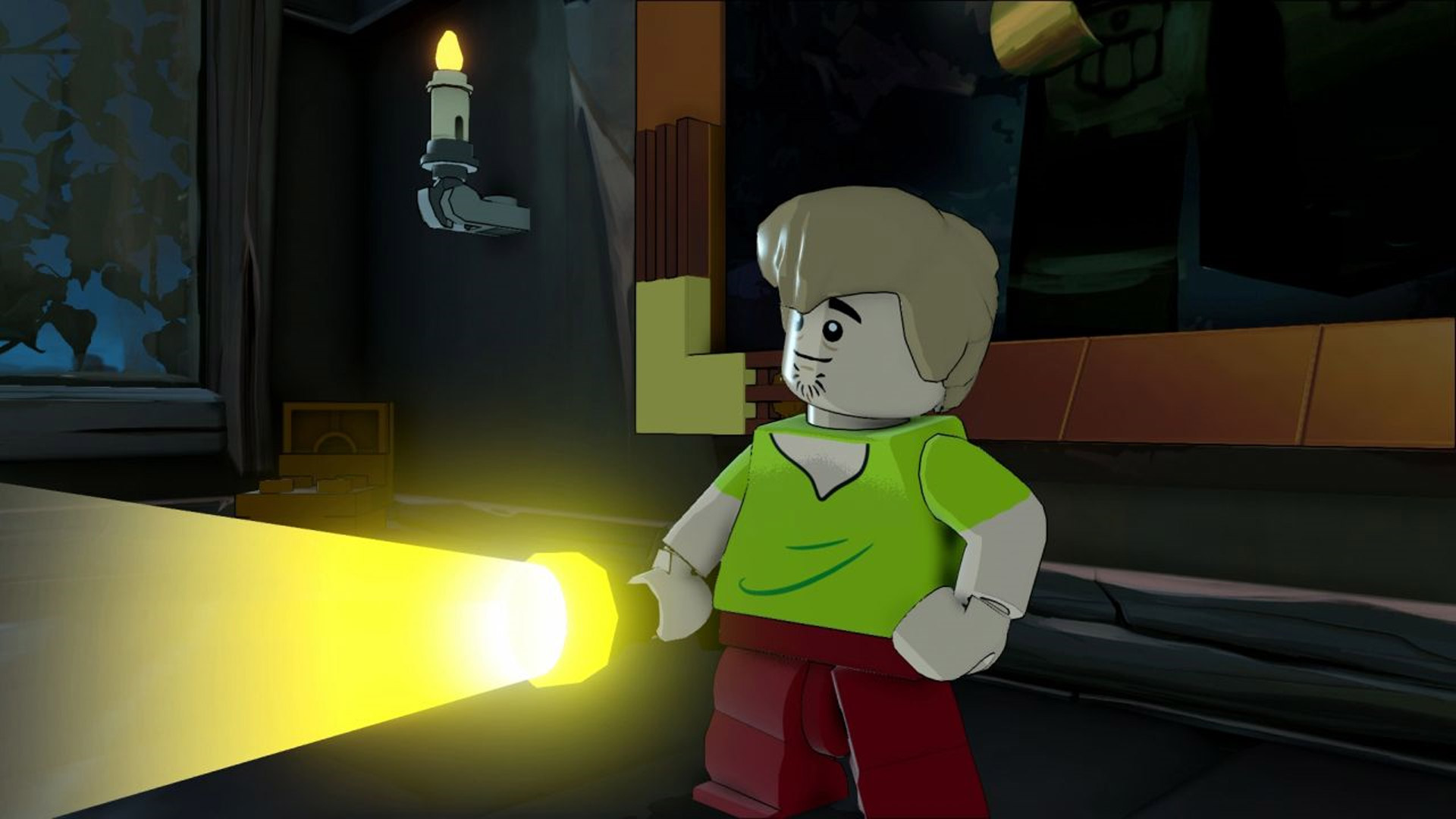 These are both well known DC character and they already be available in other regular DLC LEGO sets they're fun to have in the game. The regular LEGO components are also nice as the Joker has his signature joke gun and Harley has her massive mallet. The set also has two vehicles present which are nice and somewhat cartoon feeling which was good. The two also work well gameplay wise playing great and having a good laugh to them as well. 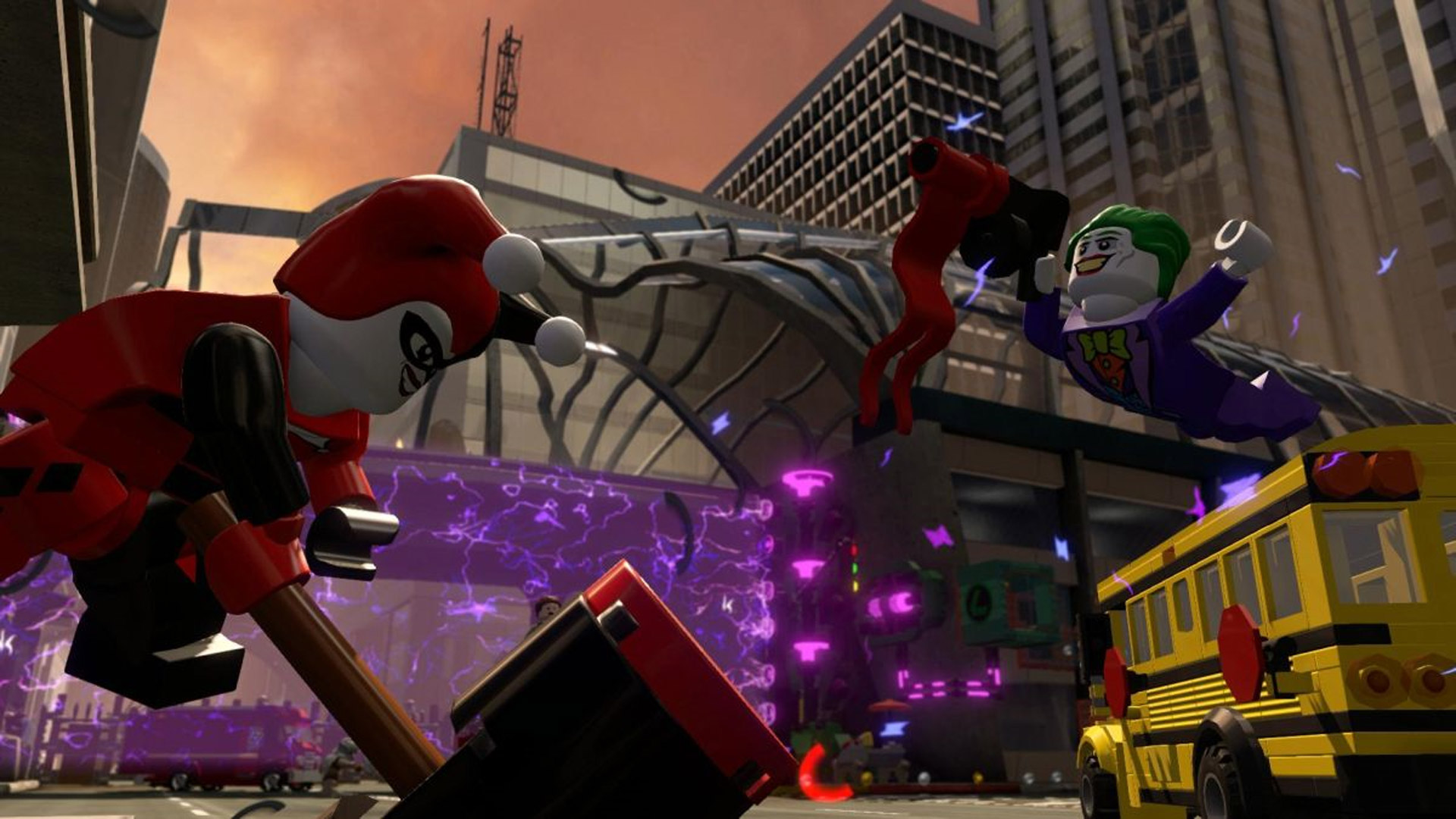 Unikitty is just an amazing character in general and I own so many LEGO versions of the character already so getting her once more was no problem. The LEGO components may just be another Unikitty, but the plane thing she comes with is quite a neat whimsical contraption and Unikitty gameplay is just awesome. Unikitty literally has rainbows fly from her each bounce and can be pumped up to crazy Unikitty mode like in the movies being a massive menacing red monster which was awesome. 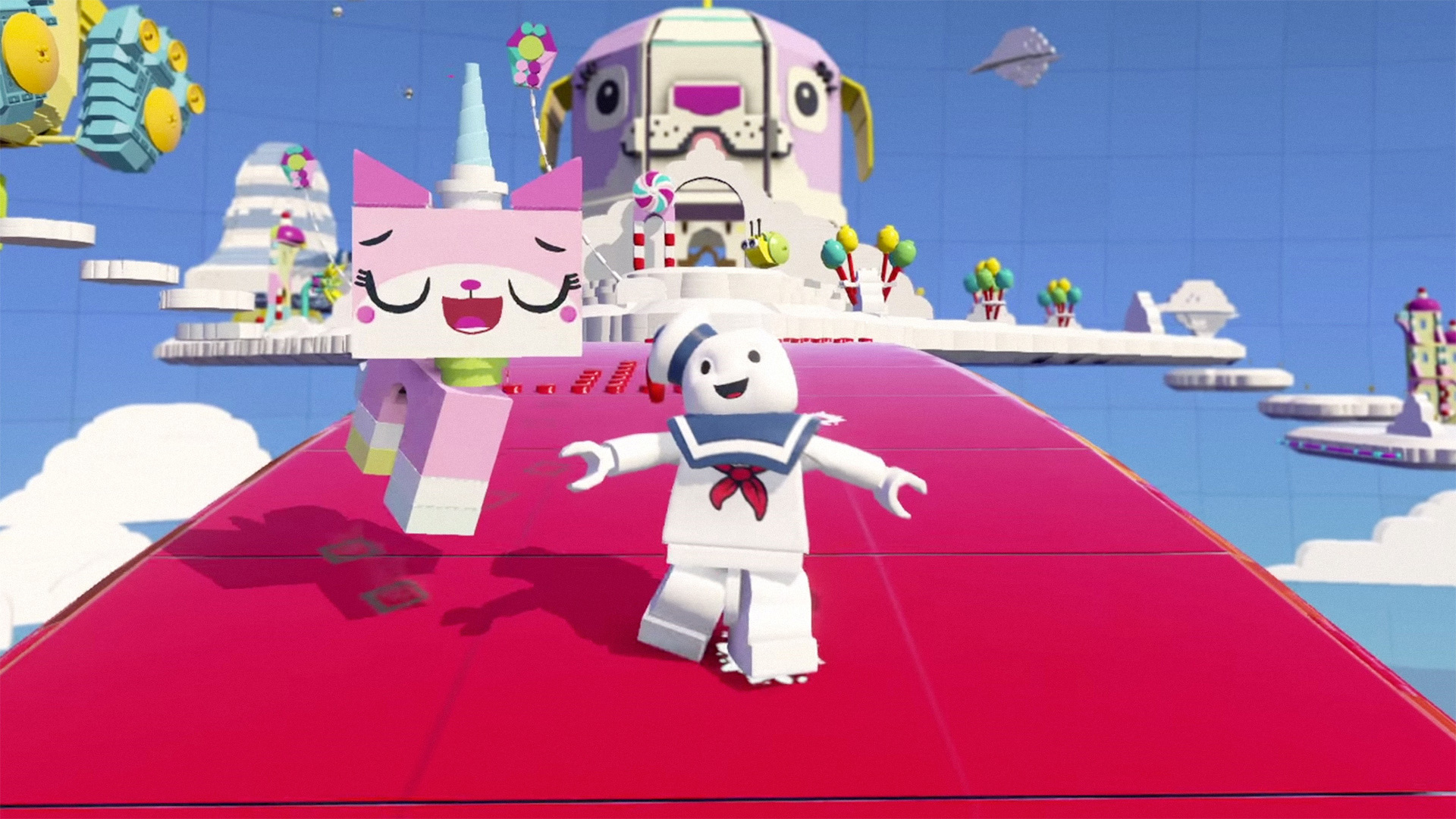 I know there are some crazy Dr Who fans out there and I put this one a bit lower since I don't think it has a huge universal appeal and that they already had a great Dr Who level in the core game anyways. What's neat about this pack though is that you can play as any of the past Doctors from the show which I'm sure fans will love and the LEGO components also look great. 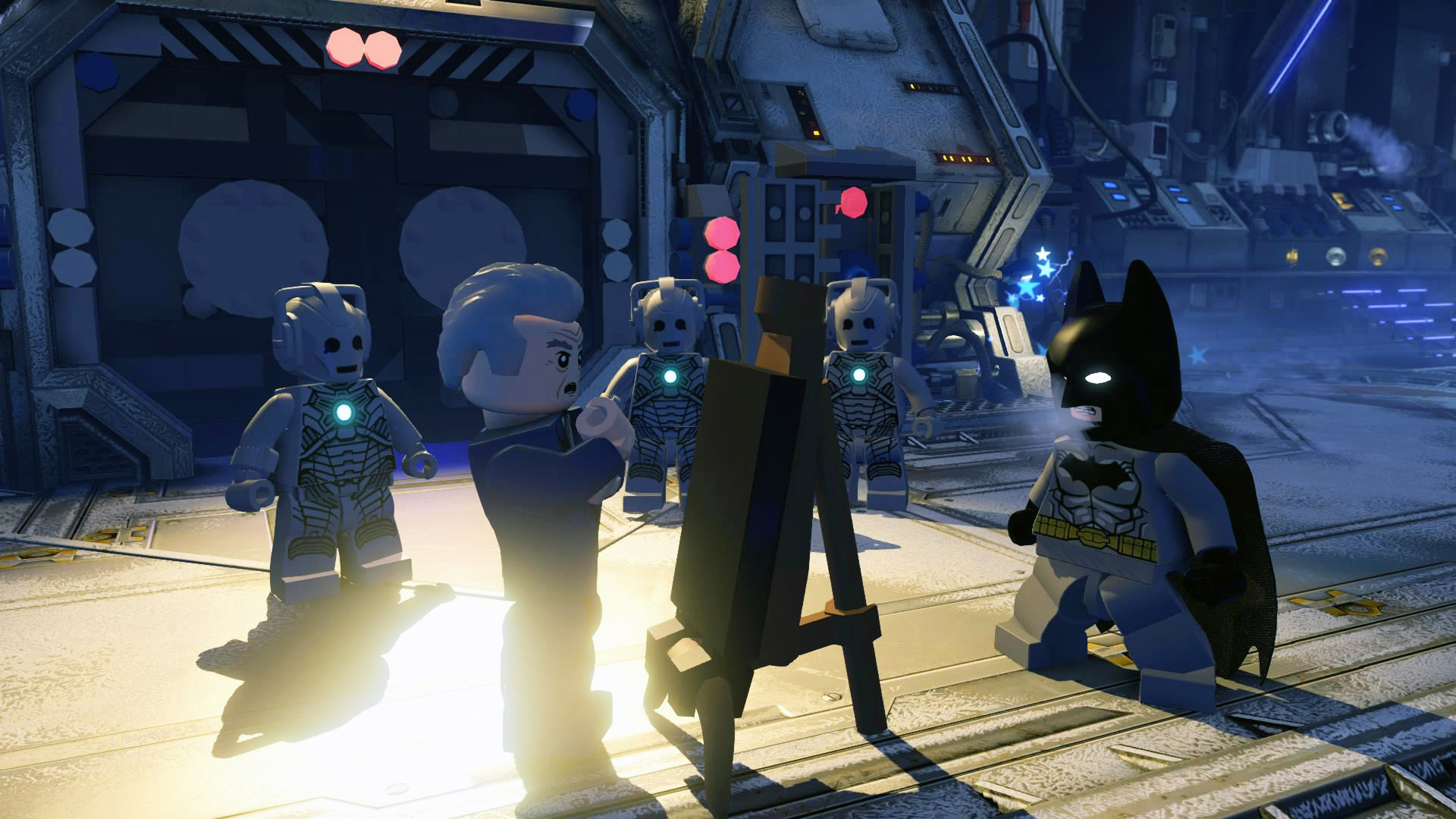 The Stay Puft fun pack is absolutely incredible bringing with it fantastic LEGO components and great gameplay from Stay Puft. First off the figure is completely unique in the LEGO space and the Terror Dog is a full legit LEGO character. It has full articulation on its body including the head and tail which is far better than the other fun pack offerings. When you get into the game Stay Puft is hilarious to watch walk around and can be grown into a massive character to smash things with. Definitely suggest grabbing this pack as it well done all around. 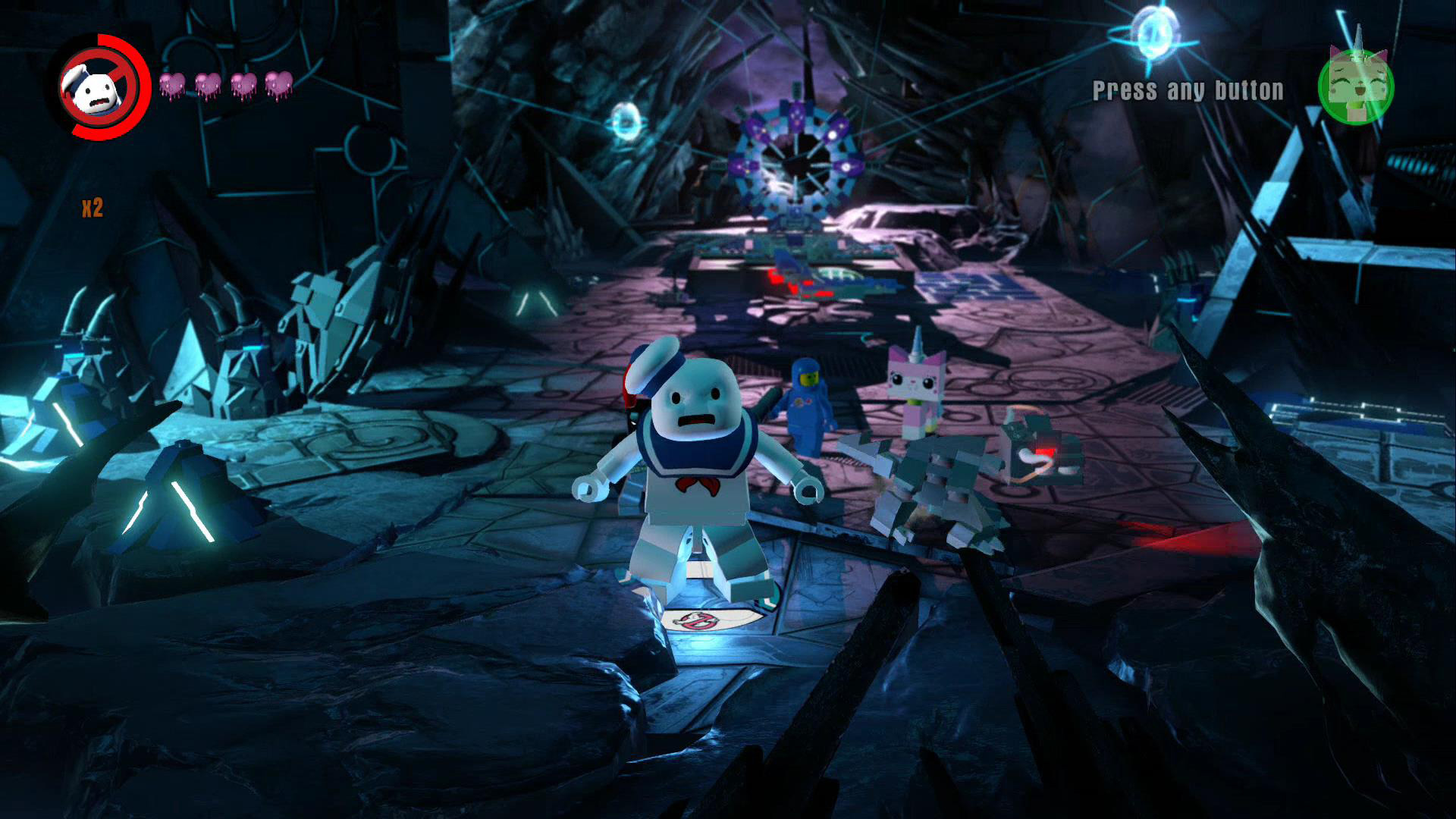 After the other level packs I was somewhat worried about the Ghostbusters one, but pleasantly surprised as it not only captured the magic of the first movie it also expanded on the concept as well. It had all the key moments done with some expansion to them and also presented a great Stay Puft battle to end it all off. The LEGO components were also decent enough though the Ecto-1 was a bit disappointing being half a vehicle, the gameplay was the strong part of this pack. 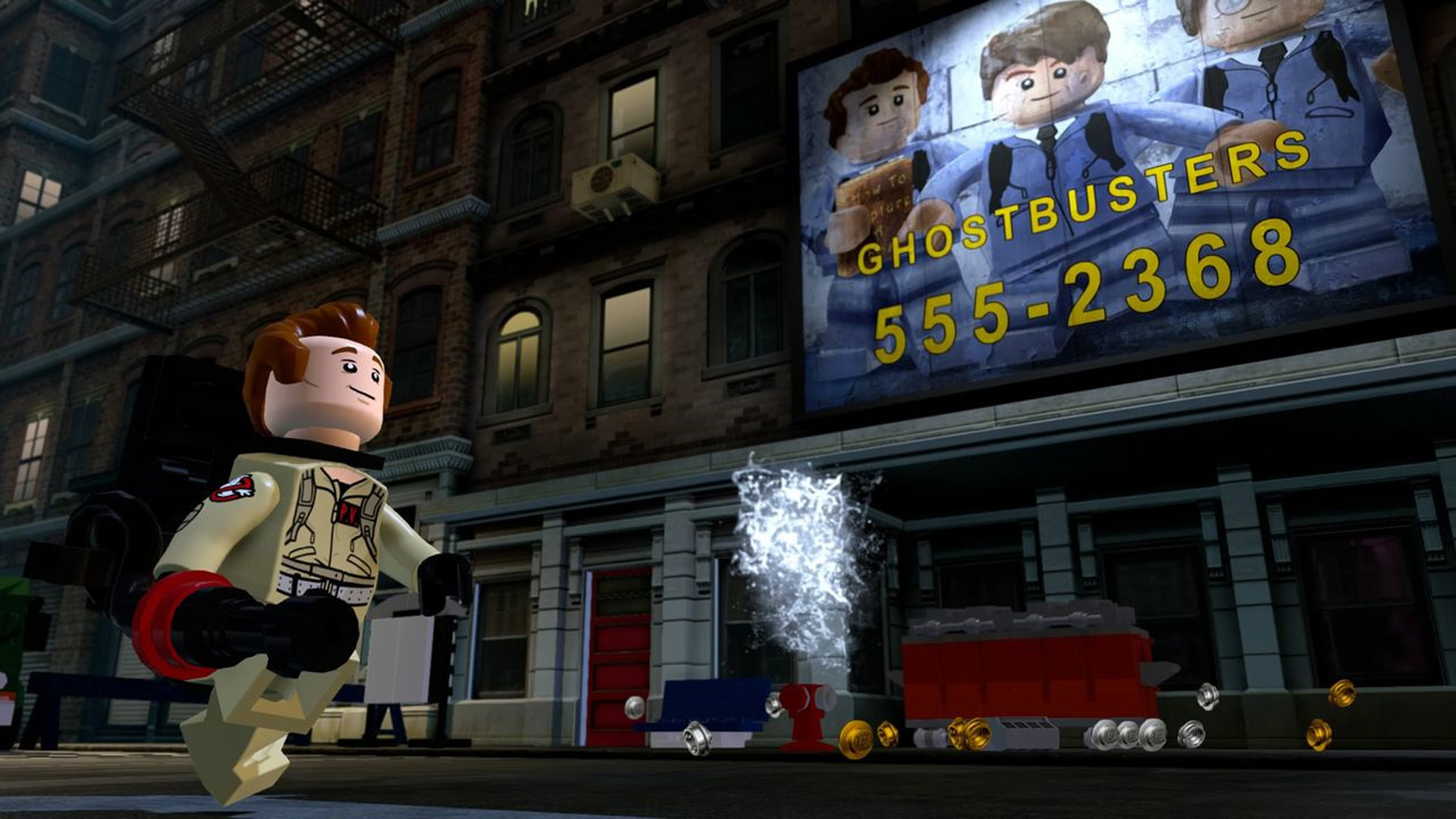 This level pack is crazy cool for gamers bringing a wealth of classic Midway titles into the game and even the LEGO components were cool being one of the arcade machines as that is a unique LEGO piece. It captured the games very well while adding in their own LEGO charm, this was a well done level pack. 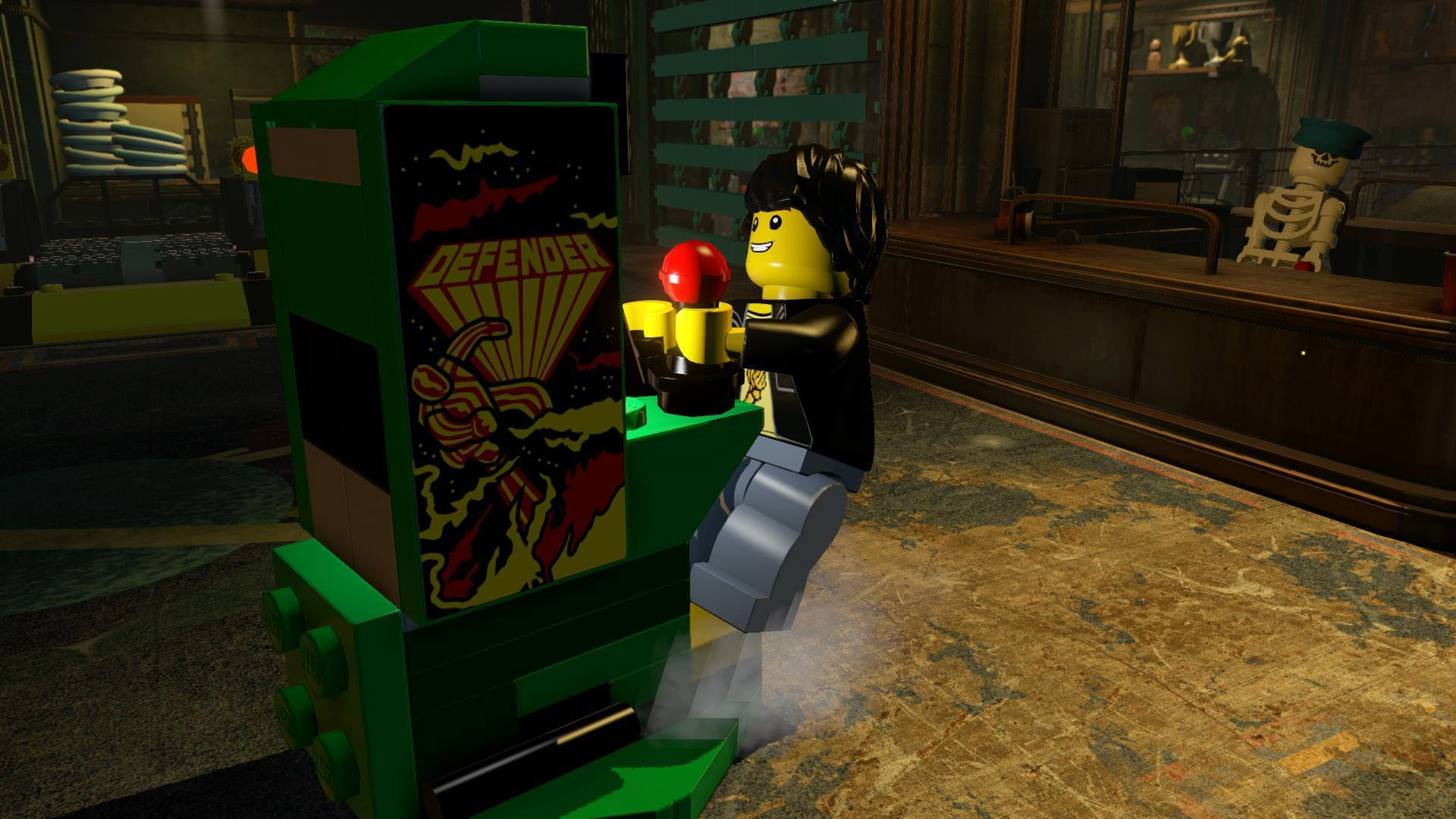 Even as a launch level pack and having a Portal level in the regular game this pack was stellar. It was a large level featuring a great set of unique puzzles and it felt very true to Portal itself. It even featured the negativity of Glados and an epic battle with the character at the end which was great. The LEGO pieces were also amazing as it came with Chell; a Portal Gun, a Companion Cube and Turret which were so authentic to the game. It was an incredible pack bringing one of the best LEGO levels every and completely unique LEGO pieces for real life play. 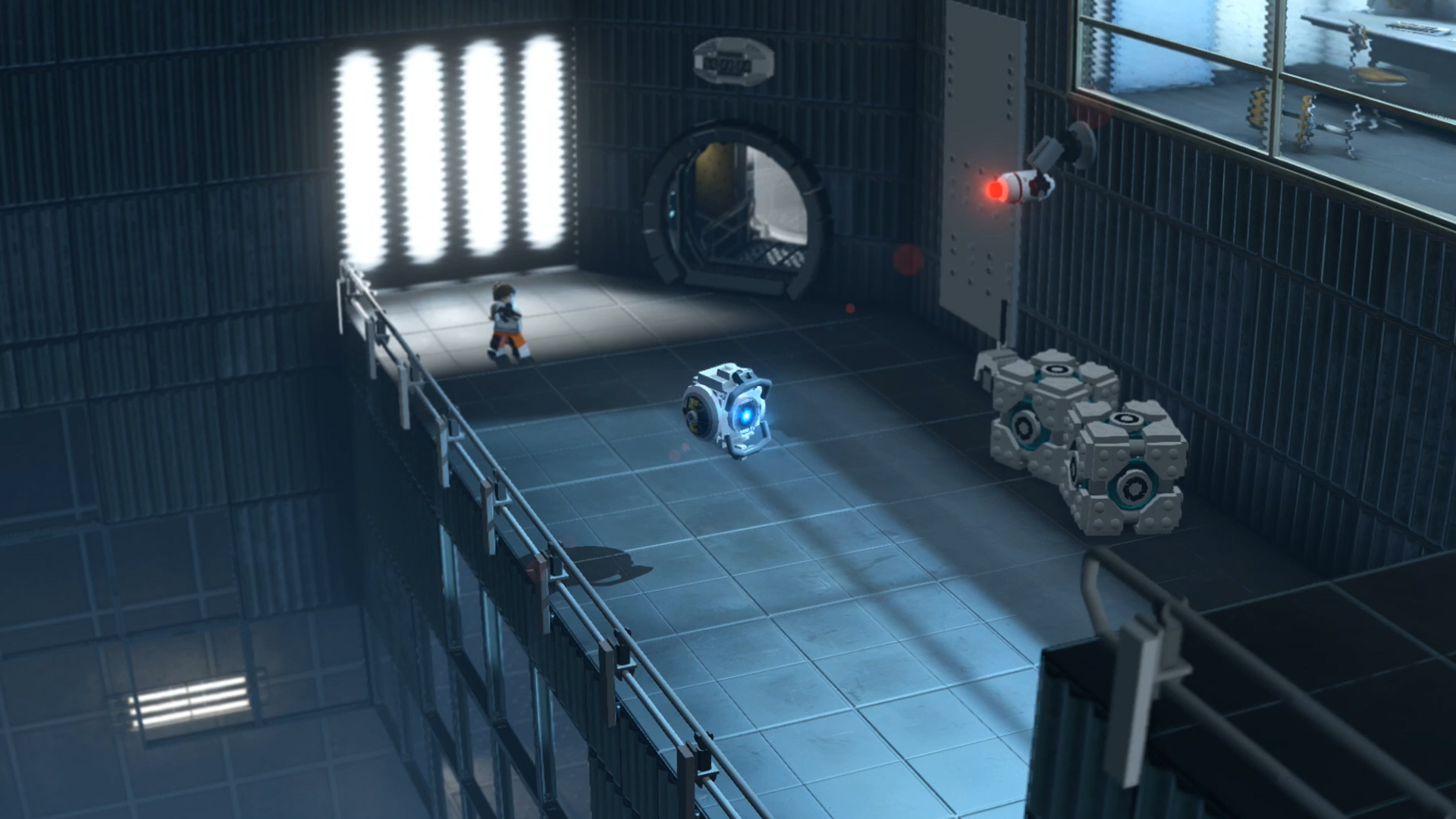