The Darwin Project Xbox One Preview

The Darwin Project Xbox One version has arrived bringing with it all the thrills and intense action that the title has been working towards while being on tests for PC. On the console it's running quite well, with the game being a particular treat on Xbox One X. The game features a smaller size based battle royale experience where players go around hunting each other while attempting to survive against the hostile environment. The weather is a chilling aspect which always eats away at your potential health so you'll need to constantly be keeping warm while upgrading yourself.

It's an interesting take on the popular game type as players need to scavenge for supplies to get better items. There's only a core selection of loot as well, chopping trees or grabbing leather from chairs. This can provide damage upgrades, warming clothing or if you find a special drop some special technology boosts. These boosts can be extremely advantageous, but ever so deadly to come across as folks will know where you are. There's a high level of depth to what's a fairly straight forward objective. You may be looking for others, or even perhaps tracking.


You track players in The Darwin Project by finding where they've been. You can see soft foot prints on the snow or messy left over items from what they've been doing. There are also maps in some houses, so it's best to get a good idea of your surroundings. The world of conflict is split into multiple zones from which each of these get numbered down as time progresses. Aside from straight up battling, you can also play as a director of sorts. With this position you oversee the match giving aide or perhaps being a negative force out there. It's quite fun and I appreciated the help I once received from this floating drone. That aside, gameplay is a blast as you run around scavenging and then taking on others.

The combat has a very specific style to it with any hit potentially being straight up deadly. It all comes down to what work was done to level your abilities up during the game and what tricks you might have up your sleeve. You traditionally have an axe (I use a shovel) or a bow to battle. There are a number of customization options present for a variety of colors to have with your characters. The game really is enjoyable and I've felt there was great potential for this game after getting some time with it at E3 2017. Now that it has finally arrived for Xbox One it's looking good and running well. The visuals are great capturing a cold landscape with lots of depth and environmental structures. There's a lot going on in the world and I look forward to seeing how it develops while being in Xbox Game Preview. 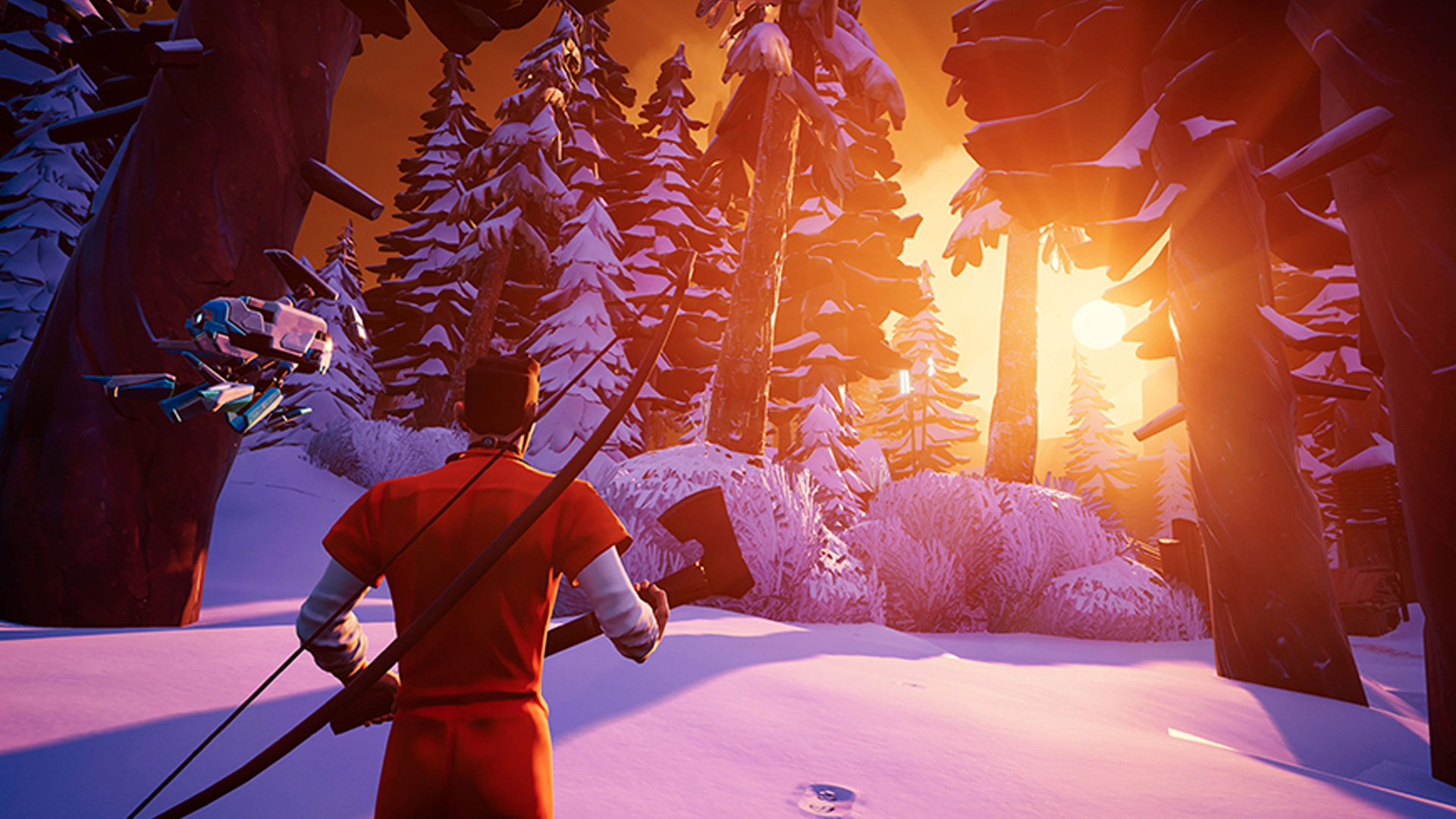