The Awesome Adventures of Captain Spirit follows a young boy as he works to become a super hero. He's already one at heart, but needs to get a costume together and then head out to battle the forces of evil. This mini adventure is a tease for Life is Strange 2 and it will directly impact that story. This is a free release and a more open take on the series. It's just a boy and his father, dealing with the empty hole left from their mother.

It's once again a sorrowing tale that develops quickly and paints a picture of a depressing time. While playing you're given a selection of goals and freedom to work through them, or not. There are minor choices present within the narrative, but this is a rather straight forward experience. It's not long, but could take a bit of time based on how adventurous you are within the area.

Captain Spirit retains the classic look from the series, but sadly doesn't provide much in terms of a Xbox One X enhancement. It's almost disappointing that it doesn't target 4k resolution or support HDR, especially since the improvement to Before the Storm was so good. Hopefully this isn't the case with Life is Strange 2 when that arrives. While the series is known for cinematic moments this entry is more about exploration and freedom of movement. The cutscene segments are minimal and it's more adventure game like in that you go about with open objectives. There are sweet moments as well, with a pile of interactions to come across as you travel around the area. 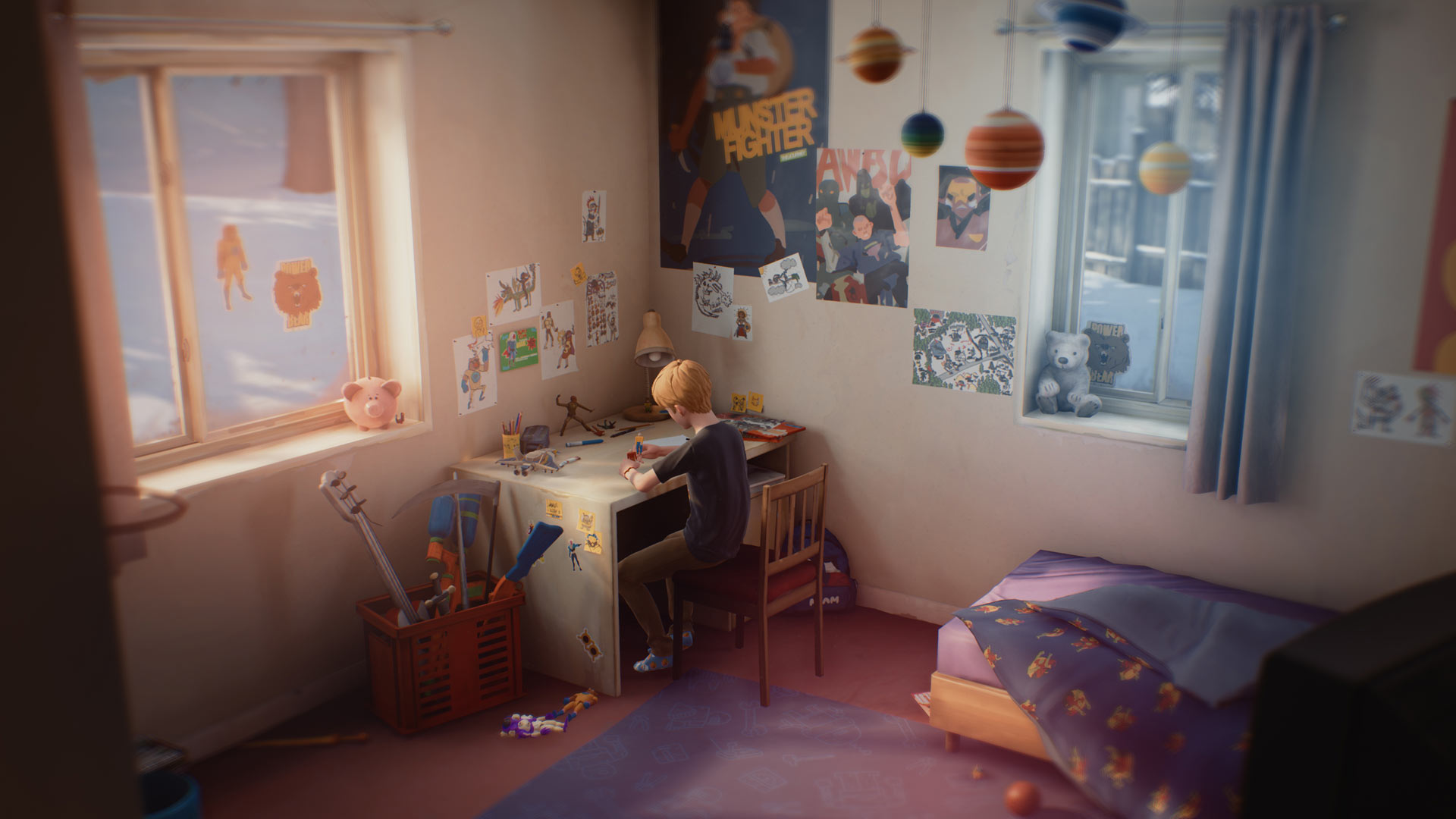 The Awesome Adventures of Captain Spirit is a fine time, it costs nothing while being a good a entry point for those interested in Life is Strange 2. It doesn't really do much to advance the universe yet, but should directly alter future events. The visuals were fine, but the enhancement was a disappointment compared to Before the Storm. I generally liked the characters with their sorrowing lives being well developed in a short time span. I can't help but feel we've seen this type of setup prior, but they have fun with the imagination. It's fantastic when you become a hero as it really does capture that youth excitement of being able to pretend.

The Awesome Adventures of Captain Spirit Review on Xbox One X