Tetra's Escape is a Lemmings type experience where you help these creatures reach an exit, typically by shaping them. The whole shaping element of it feels like Tetris. This is presented across a series of worlds providing varying levels of difficulty. Each area starts off easy and gets slightly more difficult to then reset for the next section. It's not terribly hard to do; but some puzzles do present a fair, not hard challenge. Aside from generally trying to complete each level you'll also be able to collect a few stars on each of them. This then unlocks a special trophy that can be collected, this aspect adds extra complexity to equation. There's not much to this outside of working through the levels, but a fine little package and collection of puzzles.

The visuals are simple, colorful and fun. It's nothing too crazy being a setup of shapes against a plain backdrop. It doesn't need anything complex as you're more focused on the characters you control. The little critters can hop one block at a time, this is a core aspect of how the solving works. As mentioned the characters can mostly shape with a few different options for each. They can also be altered further later on with other smaller features being added in. They had some neat ideas, but didn't take them far enough as you'd learn something and then almost immediately be off into the next world. 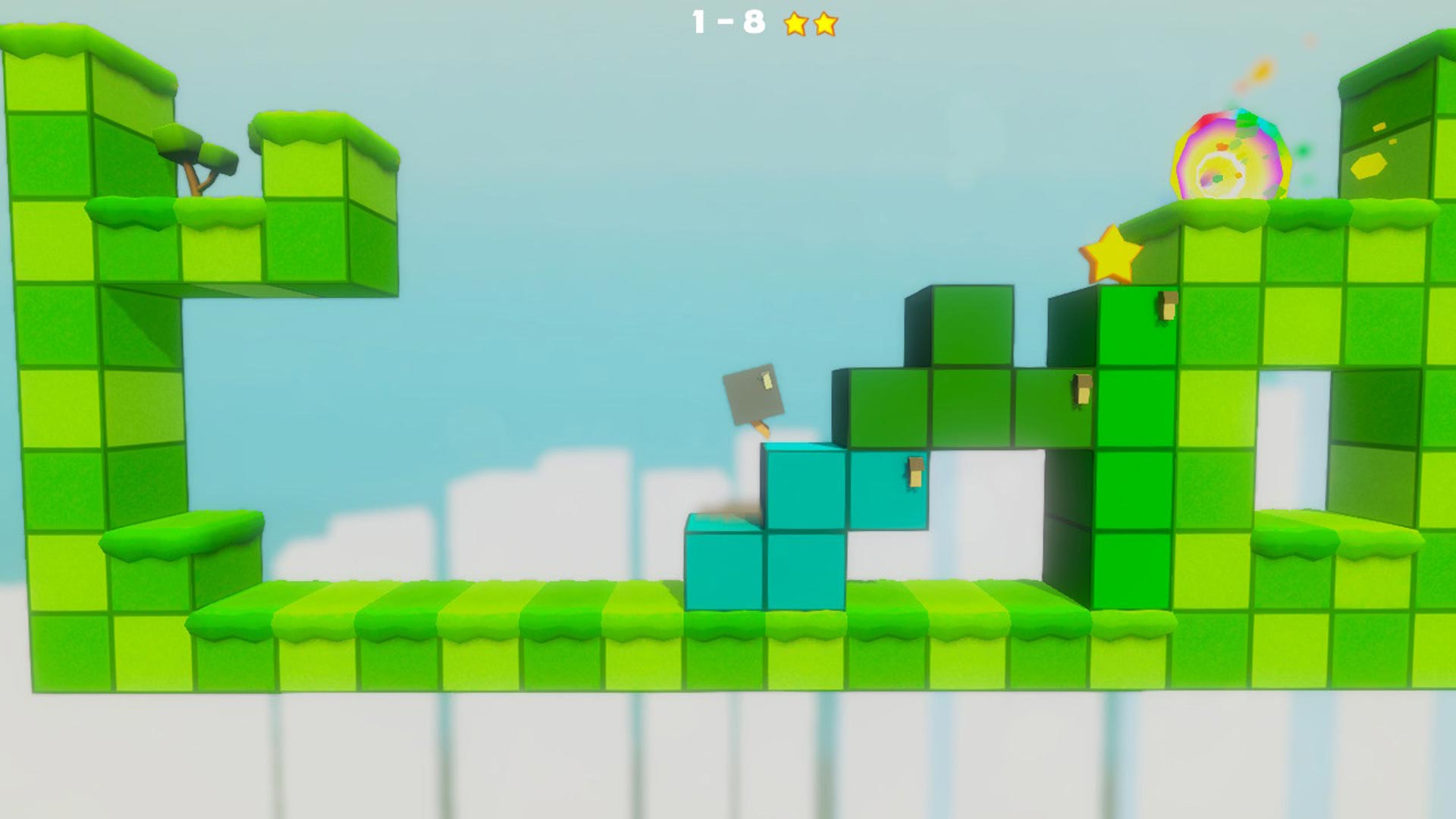 Tetra's Escape is a fine little puzzle game packing a fair bit of time based on how well one can solve puzzles. There are a good quantity of levels to work through, yet they could have been expanded further. It's easy to control and understand. Any audience would easily be able to hop in and work through the levels. This is definitely a different sort of puzzle game as I haven't seen one quite like this prior. It has some basic concepts from other puzzle games, but does become different with the use of altering the blocks to fit and create platforms. I liked this, it was an adorable little game. It could have had more content to it, but I was fine with the length and that it wasn't too difficult to complete in a sitting.