The Tera Xbox One port brings the entire experience of the MMORPG to the console while holding no content back. It's not the first of this type to land on the console, but it's another stepping stone showing these experiences can work incredibly well on the platforms. I've had a great time working through the game during the founders period while being basked in an XP glow. I've spent countless hours working through quests, tackling dungeons and engaging in the PVP action. It's been pretty much a blast and I can see this being the type of game where players can spend countless hours without spending anything if they'd like. It's an entirely free to play experience supported by cosmetic microtransactions and varying levels of founders ranks. You can grab elite status as well if you'd like an extra boost yet these options are mostly for looking fancy and making it a quicker ride to the top levels.

There's a narrative supported by cinematics throughout and ever so many zones to venture through. Each is distinct from the enemies you wage war on to the key figures you meet along the way. They may be friendly quest givers or terrifying enemies, you'll get a large variety along your journey. Aside from tackling the main areas you can crawl through dungeons or take the fight to others in PVP. The dungeons are varied and appear as you start to level. Each presents a new challenge, fresh environments and wild large monsters. You get even more of these the higher you go and they're a good way to keep players going. The final aspect is the PVP, here you get a weird boss based battle option and a sort of tanks one. Neither are serious, but I did find the first of them title Kumas Royale to be strangely strategic. 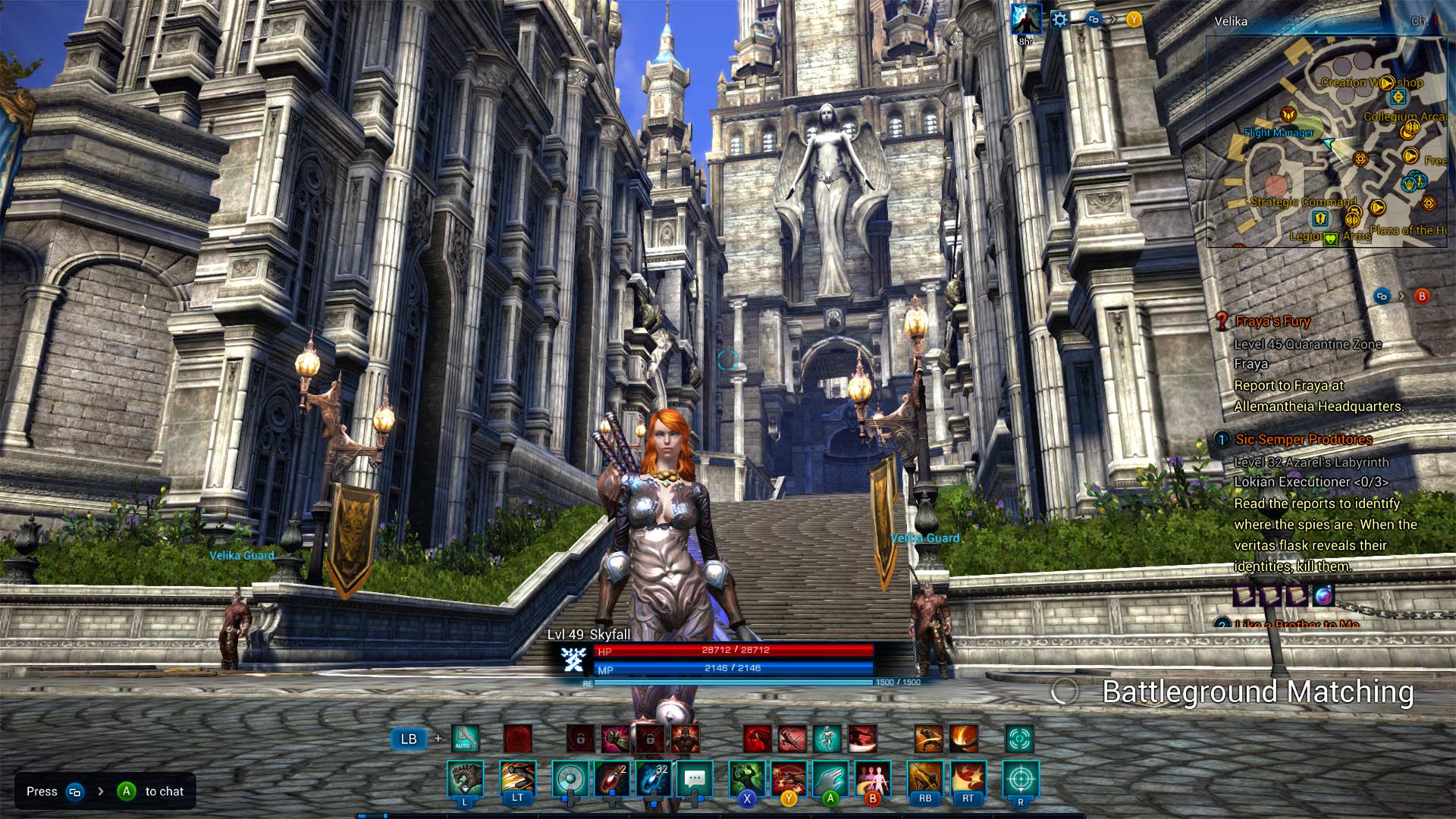 I felt the combat and general style of Tera works great on the console. They did a fantastic job of adapting the controls over and they feel slick with the controller. The visuals are decent, but I do wish they'd spend some time optimizing for Xbox One X. You can clearly tell they're holding that version back by not having an enhancement. The world's render distance isn't great and there's so much pop-in. Whether you're regularly travelling or even taking a quick tour over by pegasus it looks bad. The trees randomly show up, so does any item really and that's distracting. This isn't an issue in dungeons however, I did find that the central hub areas had horrible performance as well being practically un-playable at times.

I did appreciate the variety of locations and how there were constantly new enemies to face. The combat looks great, it's sharp and full of particle effects. No issues there no matter how many enemies or allies are slashing or splashing their abilities. There are some great mounts present, you can get a pet and the skill tree works well offering multiple levels to work through. I also liked how you could set chain abilities and how simplified the controls were. The menus are easy to navigate and they've really got the whole UI feeling clean here. When it comes to characters there are tons of costumes present as you collect gear, seven races to choose from and ten classes all available at launch which is excellent. There are guilds too if that's something you enjoy. 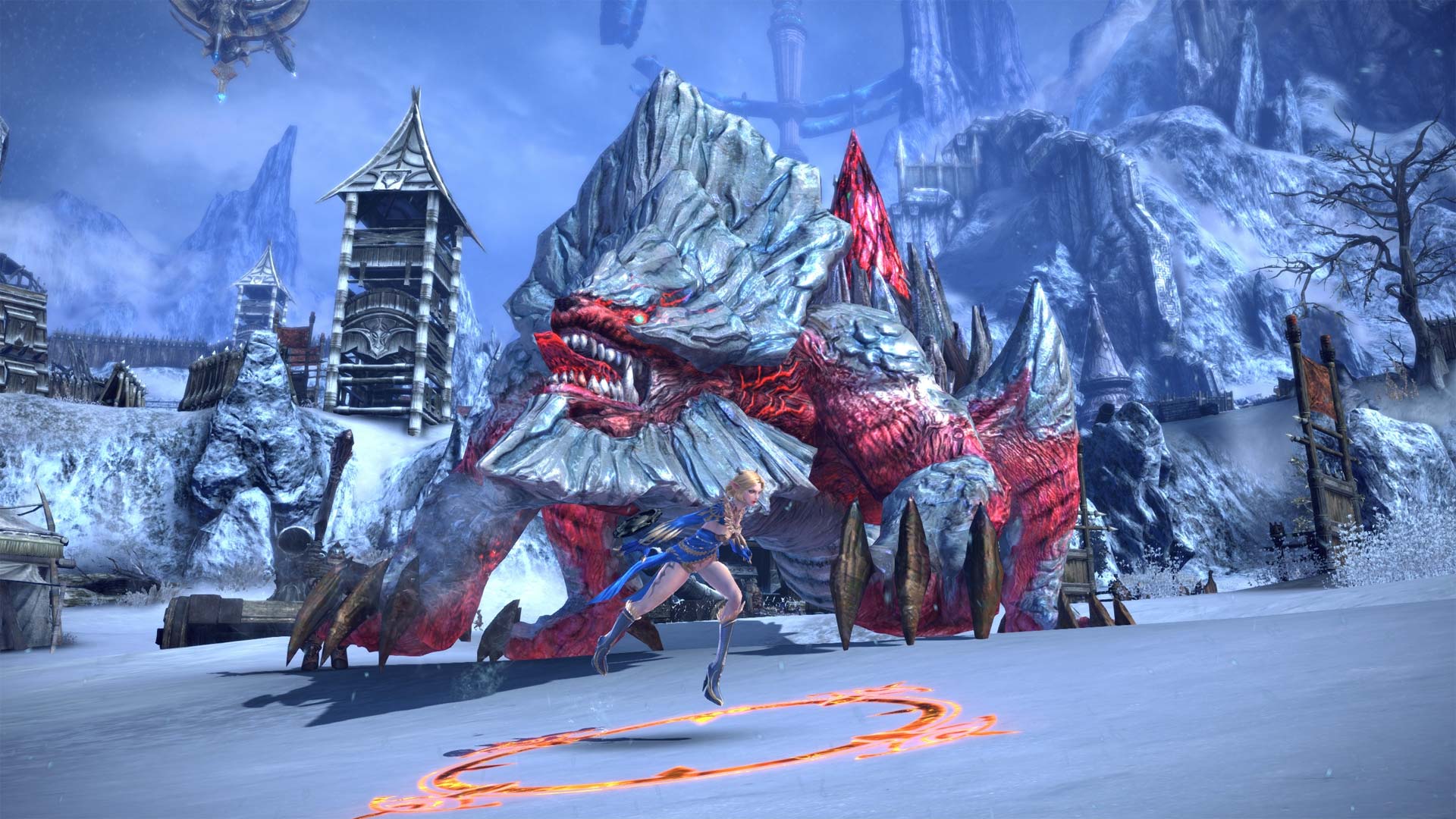 This is an impressive package, the Tera Xbox One version is packed with content at no cost and it doesn't feel like you're ever pressured to buy in. There are some fancy items present if you'd like to support the game and many options to accelerate your leveling. The game is filled with ever expanding quests, side missions and just general monsters to eliminate along the way. It's all streamlined well and feels like one natural system no matter what aspect of the experience you're moving to.

Work through epic dungeons with others against so many monsters or battle it out in the PVP arenas. There are multiple classes to choose from that all play out differently and multiple options for you to progress within the vast world. I was disappointed with the performance however and felt they could have done more with optimization. If you can get past the way the world looks as the gameplay is fluid and fine, then this is one awesome adventure.