I really enjoy games like SpyParty, they have a simple purpose and are full of sneaky actions. In this game you're either playing as a sniper looking for a spy or a spy attempting to get their missions completed. It's a deadly game that's always played against the clock and death could come to anyone at any moment. It's well balanced and really strategic, with fun moments that remind me of the Assassin's Creed multiplayer where you were attempting to see who didn't fit in and then eliminate them. It's like that, yet more subtle since the spaces are small and the number of players is so dead locked in this head to head game of wit. You never know what's going to happen or what the other player is thinking as a red line determines the only connection between the two.

Going from that, I'll first discuss the sniper. This is a quieter role where you're monitoring the action. You can see the whole space from multiple angles as you move along a controlled line. It's more about watching and noticing something odd as opposed to taking action. You have tools such as a highlighter and this can be used to make less important folks silhouettes or even mark suspicious activities. You only get a single shot so you have to make it count and that can make one nervous. You'll need to study the crowd and be absolutely sure, or you can wait for the clock to tick out.


Flipping the tables, the spy aspect of the game is quite fun. You're always worrying that you're making the wrong move and that death could come at any passing moment. Each round you have a series of goals, and you need to complete these within the time frame to win. If you run out of time, you can risk using a watch to get some more. It's a very vulnerable move so I don't suggest it. Your general missions range from bugging an Ambassador to swapping a statue. You may also have to seduce someone or pass along secrets. These are all tasks you must perform while remaining incognito.

Any wrong twitch or sudden movement might make you stand out from the rest of the pack and then you'll die. You're guided however with clear floor markings to indicate natural positions you can take within the environment. Here are you can perform mundane actions. SpyParty is a lot of fun to play, I love the setup and each moment feels tense from either side. The action is always feels suspenseful and you never know what's going to happen. It's just this red line moving around indicating where the sniper is looking, it's crazy. The levels are well setup and they've got a really good design going here for how everything plays. 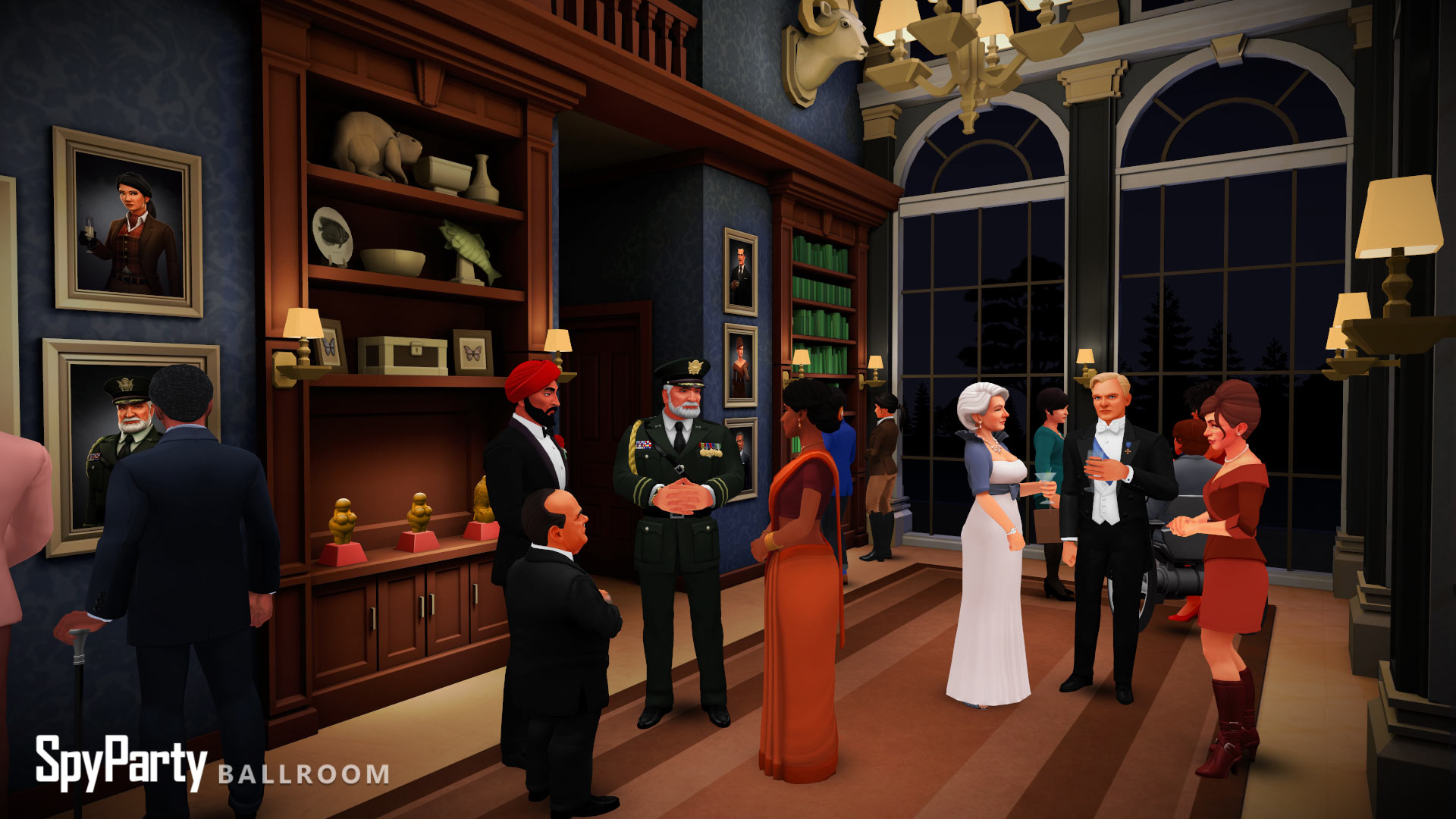