Usually I don't cover software on this site, though things change and really anything game related is fair game. I first saw the 30 Day Challenge from Buildbox on a Youtube advertisement and the promise of this easy to build game software had me enticed. Downloading it later and finally trying out the software it was really impressive seeing it all go to action. It does take a couple hours to get used to everything, but once you do it's amazingly simplistic to dragon an image in and then see it come alive with only minor slider changes.

It really is that easy to give things characteristics and pop some game life into them. There are many limitations to this as you can't do any additional coding or changes and it plays on from there. Once you have your character created and the hitbox marker set up which is done in this interesting pop up box you're able to throw them into the game with some scaling to fit your desired game. From there you build a landscape with a background that can be dragged, scaled and then locked so you don't wreck anything when adjusting the foreground.

Once that is setup and you also place a stepping are you can test the game to immediately start hopping around. This is really cool for someone that won't have any coding background, to see how fast and simple it can be to have a game running. Moving onward you may want to view some of the helpful video guides they've had created so you can get a better grasp on the other more advanced techniques. Though not everything is perfectly covered, it gives better direction for how to make whatever game you're aiming to create.

The challenge will give you updates every few days with objectives, though I am a more hands on individual when it comes to playing around with software. i had a general idea of what I wanted a few days in and began building it. At the time there were limitations and level creation wasn't possible, but that is apparently available in an update which released when my trial had finished. So with that the game I was building below called Molly really wasn't possible and I began work on a new game using the random level system to make Death Quest.

This would be the game I would eventually release on Android and IOS for some perspective. The thirty days definitely gives you enough time to complete a game as I was well done at about two weeks and just tweaking things from there as I prepared to launch on the devices. By the end I had a fair game with a hundred levels that had a few test updates with Android being played by some individuals. This is ultimately the goal of the project and the time given you can achieve this.

It's watermarked under the free version with a pop up and some rather slow loading at the start of each load with Buildbox that's removed with the pro version. Now this is a huge issue with the product and that's the pricing. The target audience of this software is not massive companies that code already, but individuals or small groups that want to create smaller groups.

With the price tag of just under $2700 or $65 a month no regular individual is going to do that. Even if there thirty day game does well it'll be hard to hit that with a first attempt with the ads. It's nice to own everything in your game afterwards, just there's no option to support games which are basically software these days. 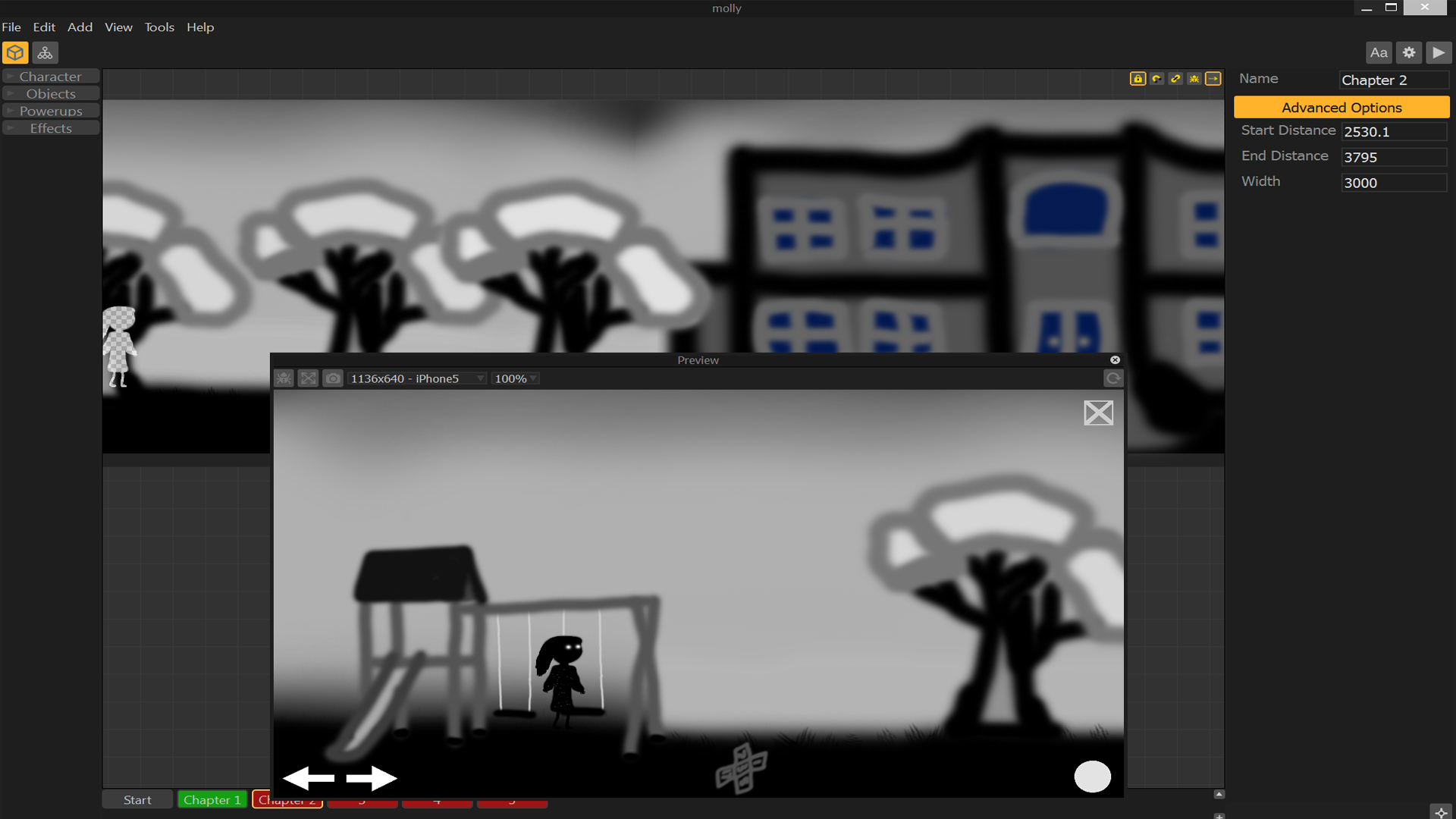 Going from there we'll get back into the interface which is actually a very simple. There are some very important aspects missing such as some sort of undo or go back. There's also really no great indication for options of changing things or moving to back unless you search up the commands on their site and learn them. I also would have liked to see this better integrated in the top bars. We have quick access to some essential things like debug or magnets from the top in little buttons, why not put some more there. It also might have been great to have some window adjustments for the side bars or how you see scenes to organize them better. It was nice to get quick screenshots from the test area and see everything run so no complaints in that area.

When it comes to adding in objects there really isn't any sort of difficulty. It's very simple to give any image properties that you desire and even create floating platforms that move back along with forth quite simple. The physics options are actually great as well making objects that a character could push around or even just have fly about in the map. At times this is somewhat glitchy when they touch one another, but that comes down more to customizing it. Another complaint I did have was with enemy AI which really is non-existent. There needs to be a focus on making simple movements or making enemies feel more alive. It felt very static and I had to create mostly environmental enemies as you couldn't make them feel lively at all. There's options of animations, neat bullet styles and even sounds, just they don't have much controls to making them do anything at all.

That should have covered at least the basis of building everything, now for the discussion on actually creating the menus, controls and export options for the game. The menu creation while very basic does cover the basis for simple menus. It may have been nice to create additional pages which shouldn't be too difficult if we wanted to create other pages. I also noticed that there's a great deal of customizing and you can even have scenes appear within this section. The small touches make all the difference and that was a nice option despite myself not using it. This area is also where you input ads which was a simple process and not too difficult at all along with your purchases.

Now my in-game purchases still do not work despite following all given instructions which is awful. Finally it would be great if Buildbox would add vanity item purchases to maybe just switch up characters and provide extra things people could buy. Once that's all set up and you've tweaked your ad frequency across various pages it's time for the control scheme. This will need to be changed between touch and touchless OS. The in-game menu allows you to place items that overlay and act as your buttons. My game was simple and just needed a move Left, Right and Jump. A pause button may be good, though in Death Quest there's not point since you're destined for death fairly quickly. 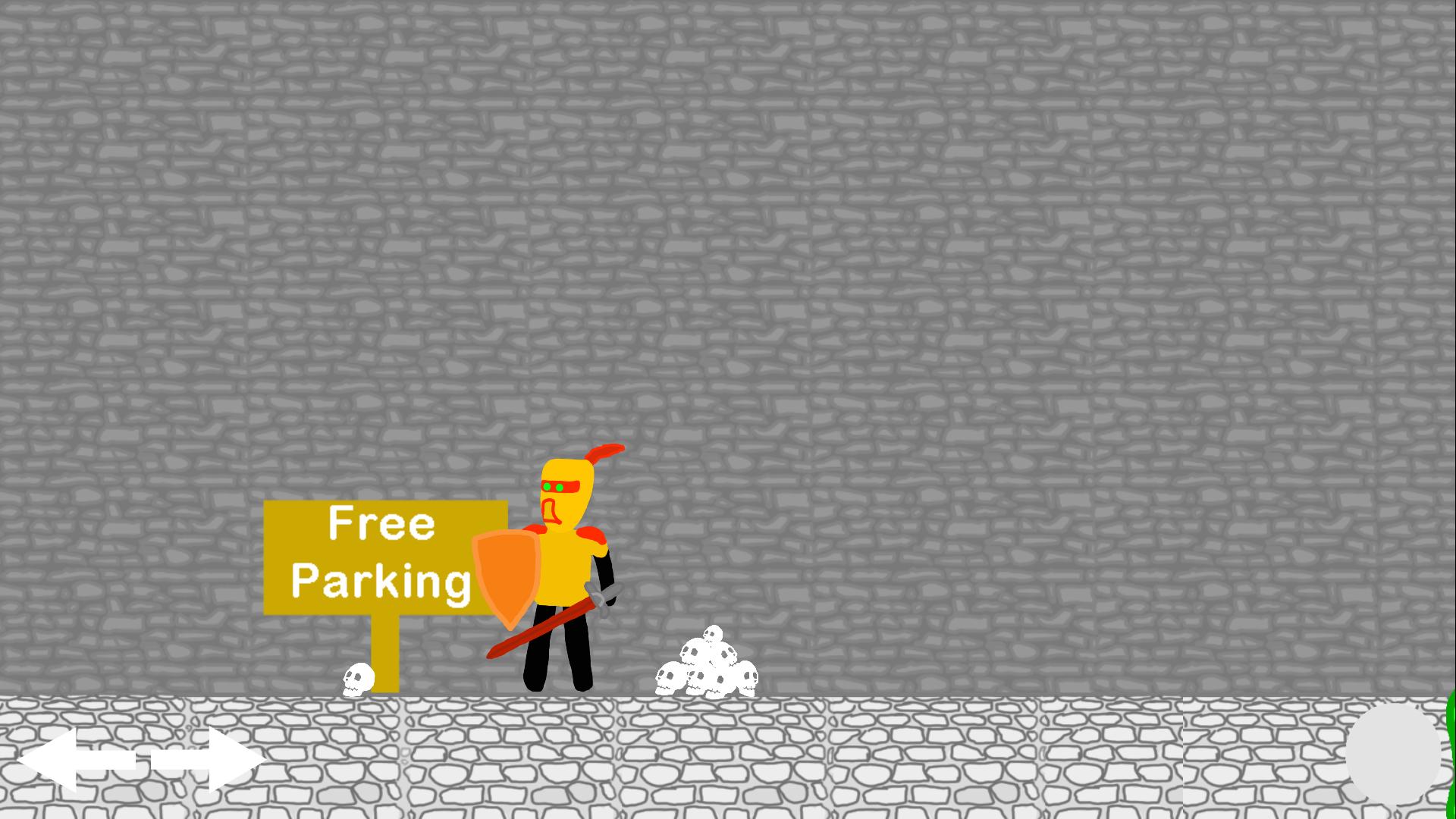 Android Export with Eclipse to create an APK ($25 for life)
This had to have probably been the most difficult and frustrating aspect of the entire experience. The materials given do not give enough assistance and seemed very outdated. For Android you'll want to find a program called Eclipse to make the .apk file which is the equivalent of an .exe program file but for Android.

You will have to clear lint errors and compile to 1.7 along with custom code change your manifest version to 10 or perhaps 13 if it's 1.0 or 1.3 respectively since they have a glitch in their system. On youtube I was actually trouble shooting and may through a guide together for that platform. Once this is learned I could actually update and recreate an .apk file in about a minute to update. >

IOS Export with Xcode to create an IPA (Cost: $100 a year (wow))
Creating an IOS file was strangely far easier than doing it on Android though the wait time for review from Apple is ridiculous. It also means you need a Mac to create which I had to have a friend do for me which was rather annoying. We did eventually get it done partly through the pdf Buildbox gives which is outdated and random luck I suppose. There really wasn't any issues that we know of here, but it tests well so I shouldn't have any issues and you just need to change some dependencies to create an archive file.

You can create and learn how to make a no code experience in 30 days no problem. I could actually spit out games every two weeks if I had ideas and access to Buildbox. Which brings me to a huge issues which is the cost of the product, honestly the target market has no way of affording this and companies will most likely choose to code their software since they know how to. I'd like to update my game and make new ones, though at the moment unless the game gets really popular that's not happening.

The engine runs well and is very helpful to create some unique games that you can proudly have said you created. It just depends on your will to learn the software and get building with it, it'll be neat to see it supported with updates as there isn't anything I've seen that's simpler to use than this. A final suggestion for the company may be to promote or show off some created games as there's a small community I've noticed that has produced games. If you have any questions let me know and I'll try to help you out if you're stuck with exporting which was really hard and I have a somewhat background with coding. Best of luck trying the 30 Day Challenge if that's what you're interested in. Also download my game, would love some support!

Review Done on Buildbox for PC
Game created on Android/IOS, did not have time for Windows and could not figure out Amazon file creation.