I've always been a strong believer of the traditional rechargeable battery for controllers. The batteries die, you grab the next set while charging the ones used, then you cycle. It works well, but it feels somewhat old school at this point. With the Snakebyte Xbox One Twin Charge X I just set down the controller when I go to do something and it charges. It's easy to use, holds a fine charge of 800 mAh and looks sleek. This has been a great addition to my regular gaming lifestyle and it feels very modern. The battery packs look exactly like a regular holding spot for batteries and it feels lighter. 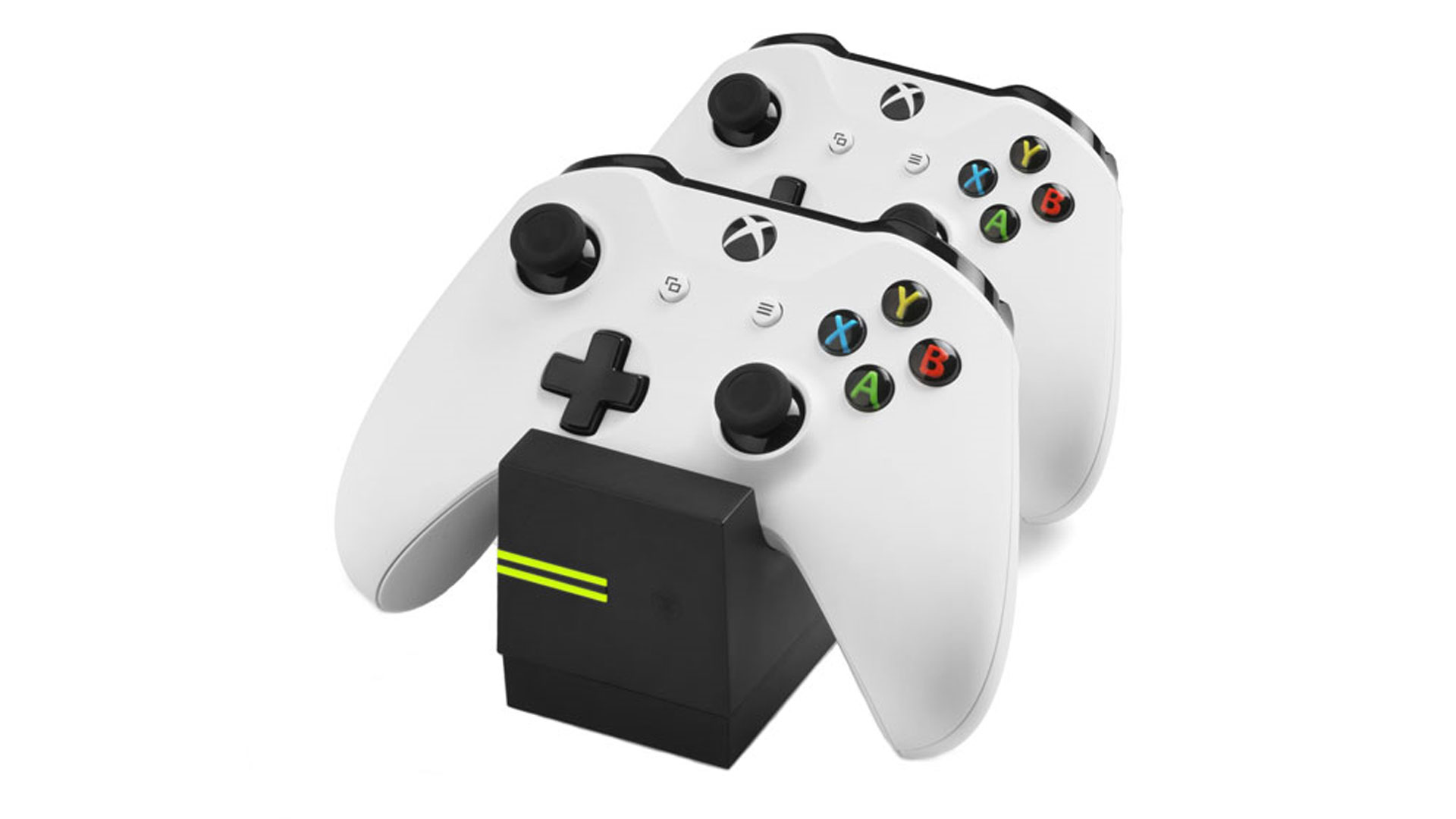 Hardware Continued
It's a nice benefit as my Evil Shift controller is quite light so with the lack of the traditional batteries it's even lighter. I consider that to be a positive and enjoyed the slightly lighter option. The controllers dock incredibly easy with two slots. You simply just set the controller in and that's it, nothing more to it. You can see how well it's charged by the lights at the front of the docking station and they fit naturally into any room. This dock comes in either white or black with charging packs that match. Each package includes the station, a micro USB for charging (good length) and two packs.

The Twin Charge X package is really nice, simple and works well. It doesn't take up much space while holding two controllers at once in one confined spot. The packs seem to charge very quickly as I've yet to run out of battery during my usual gaming sessions. I play quite a bit as I'm constantly reviewing games which is rather time consuming as one could imagine. I put these to the test and they hold up well.

I've been really pleased with the packs and the station, they fit well into my regular way of gaming being a welcomed improvement. I'm not a fan of change unless it feels innovative and I've happily switched from the traditional method of keeping my controller ready to go. The Snakebyte Xbox One Twin Charge X offers reliable charging and a sleek setup making it easy to keep you gaming longer. I don't particularly have any complaints, though I would have appreciated perhaps just a bit more of a holding charge as 800 mAh is alright.

It also would have been nice if their Battery Kit package was compatible, it's another item from Snakebyte that I'm reviewing. This aspect isn't a negative at all in terms of score, just thought I'd mention it. The dock looks sleek, it's easy to plug-in and the whole setup is minimal. The pack holds a solid charge for hours of gameplay and it's easy to set down at any time to get it ready for the next time you play.