Sky Noon is a different type of competitive multiplayer game, you're not eliminating opponents in a traditional way and that really mixes up the action. Instead of straight up shooting opponents, you're attempting to knock them out of the area Smash Bros. style. This greatly changes things up as you're mostly pushing players away instead of directly hitting them. I was very surprised of this aspect jumping in as I was expecting some sort of western shooter, which is what it kind of is to a small degree. It features a selection of really great looking soft environments with various sky based themes. The maps are floating so you get a mix of chunks that are larger or smaller islands. They even feature floating extra spots such as balloons since grappling hooks are a big part of the action.

There are many maps present despite it being still somewhat early in development with a push to early access in the future. During my play session with the developers they also replied in my inquiry about consoles, that support was being considered down the road based on the success of the PC effort. This makes sense, and it's a simple wacky sort of game that would fit well for multiplayer skirmishes on console. On PC it's already a blast, so I imagine it would translate over well to controllers. 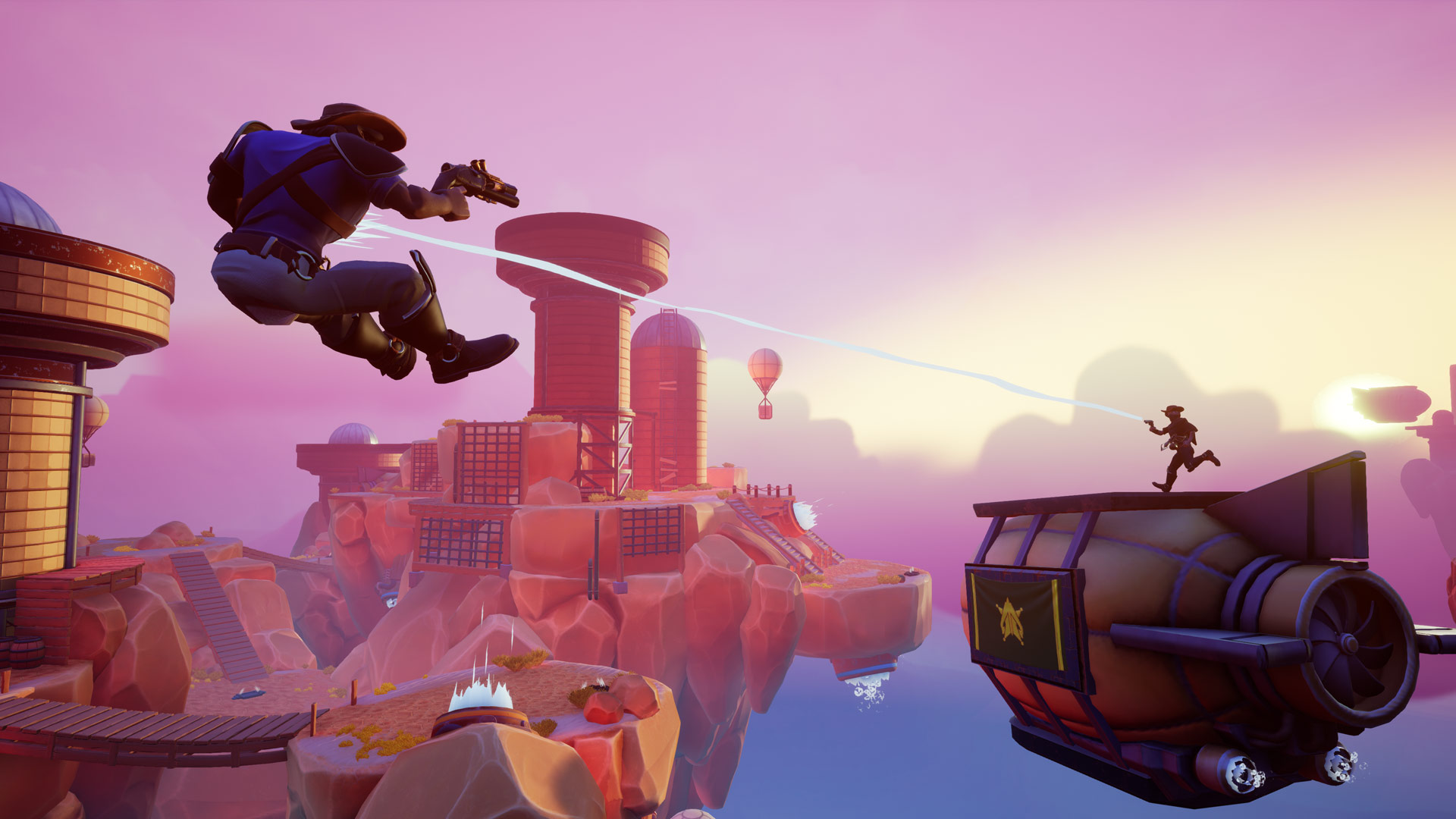 Like with the maps, there are a number of game modes present. You have your typical elimination focused options, a rotating king of the hill with teams and a rather unique take on cart pushing. Everyone loves to push carts around and here you do so like you're pushing an enemy away. It takes place on a set cart track, but with switches and dynamic options in how you get the cart moving. You could have a great push and then it might get directed off the desired way and head somewhere else due to a fast switch of the track. This mode felt the most intense and gripping during battle, I imagine it'll be very popular.

Combat is really crazy as you're either directly hitting folks to gust them away or doing some splash damage pushing. There are a number of weapons, and these vary in functionality just like they do in how they're picked up. Like the special abilities you grab them from the somewhat random spawn points across the levels. You never know what's going to change-up the game and the setup here helps with that greatly. On top of these mechanics is the fun grappling hook for swinging around or saving a potential knock-out of the arena. They're very fun to use with the constant pushes of air. You may definitely need one during a certain tornado situation. I had a great time playing Sky Noon as it's a very polished experience thus far and I look forward to seeing how it progresses during an early access period on Steam.

View our City of Brass Interview
View our Game Hubs