Shio is a minimalistic platformer featuring some unique mechanics and fairly challenging moments. It's purely a campaign experience, but one that is challenging you to speed through it as fast as possible. Everything is timed and compared as you zip through mini segments trying to get the fastest possible time. There's a bit of a narrative here, but the game is very set on presenting a series of distinct platforming areas.

I wish there was perhaps something more to Shio, yet the core set of goals do present a fair quantity of gameplay. This is a linear setup with a certain level of freedom to some of the puzzle type layouts. It's a platformer as I've mentioned, but with the fast pacing and particular positions of obstacles it feels as though I'm trying to solve a problem. This being to find the best way to progress in the quickest time. I hope that somewhat gets across what I mean by puzzle.

Everything in Shio is very smooth, and it all works together beautifully. The world is simple, yet captures the theme and environment they were going for. The character isn't too detailed, but you get an idea of what they are through the words spoken around them. Movement is great and the game has a nice balance of difficulty.

The areas progress well and then give small difficulty spikes as you learn new ways to push forward. A lot of the game is based on blasting around using these light sources and it's a good challenge to time these. Throw in some variations and this feels like a fresh release in a really crowded genre. 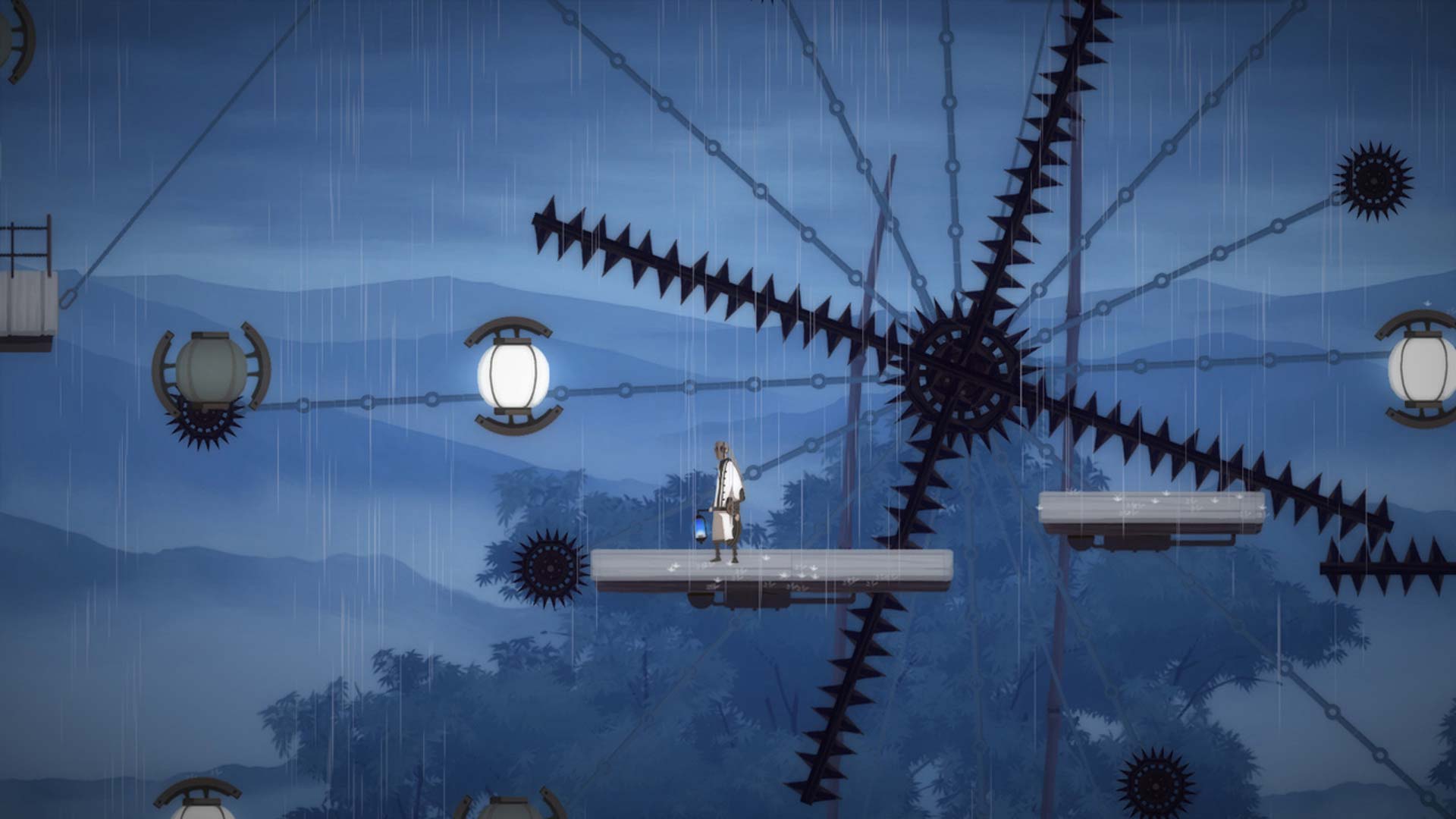 Shio is a solid platformer that presents fresh mechanics against a minimalistic environment. I thought the game generally looked excellent being suited for the undocked Nintendo Switch setup. The controls were great giving a well set level of sensitivity and I always felt like it was my mistakes causing any "deaths".

The level setups were creative and it was nice to see some smaller side areas for those that wanted to hunt extras. There's a good sense of verticality here as it did feel as though you were scaling large buildings which came across as realistic considering the region. This is in comparison to the many spike based segments you'd run through.