Rocket Wars is a local multiplayer spaceship shooter where you fly about with up to four players in a series of modes. Compete in free for all or team setups with real players or even decent bots. There are a number of ships to unlock as you level by playing and a fair selection of game modes to compete within. There's not a ton to the game, but it's a good option for those that have couch coop nights or want a quick party battle game against the AI.

Each mode can be played in FFA or Teams, first off there's Deathmatch and Survivor where the goal is to eliminate others. Next up is the creative Nuke King where one player is powerful and Nukes can alter the game at any time. It's like Juggernaut if you recall that mode from other titles. Space Ball has players protecting and destroying a goal with reduced damage. The final option is Entangled where it's like Deathmatch, but being near certain players alters your damage.

Rocket Wars is simple in presentation providing a dark background with stars and colorful foreground ships. The ships spew off lots of particle effects and a series of power-ups can be collected. The combat felt balanced and creative, with the AI bots being competent opponents. There's a sense of gravity here too since players move around a circular position. The ships vary with a fair selection of them, on top of that skins are present to alter the look. It's nice to see the game feature a level system. 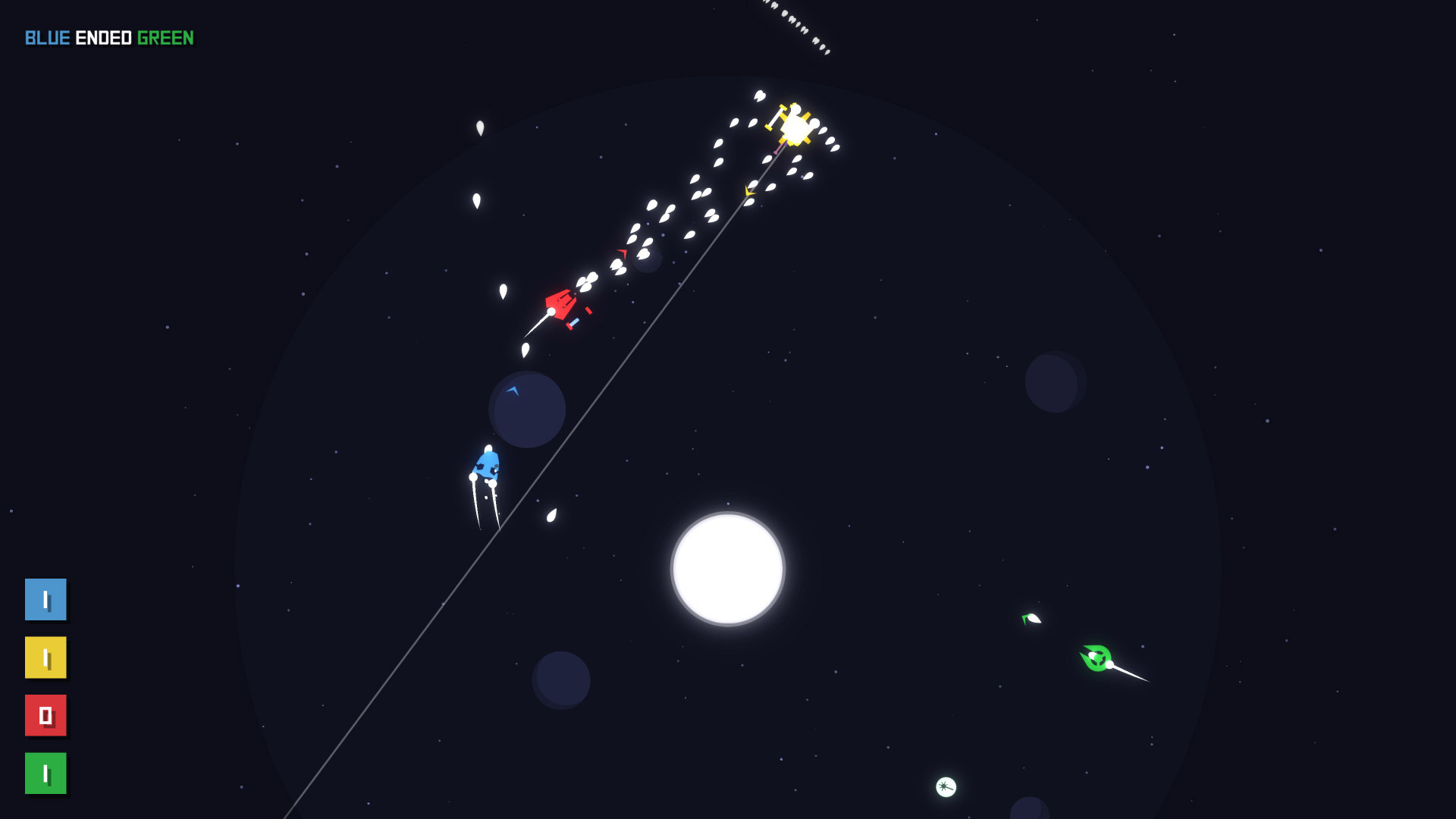 I felt that Rocket Wars is a fine addition to local game nights, it has fast paced frantic action in a simplified format. There's a fair selection of game modes present and level system which is a nice extra. The modes were unique, with Nuke King being a stand out for me here. It felt competitive whether I was playing it locally with real players or against the bots that bring a fine competition. Online multiplayer would have been a nice addition. The look is fine and the style of floating around a centered area adds a dynamic to any battles. I did however wish for more maps despite the area being tweaked slightly for the mode being played.

Read our Oh My Godheads Review
View our Game Hubs