I was more than excited when a code for Flockers arrived as I was previously hesitant of the title despite my love of the most recent Worms of which I was given my first try into the series. Flockers itself feels of similar play though it clearly divides at a certain point in a feel geared towards that of Lemmings which is a classical game at this point. These sheep are desperately trying to escape and you must do everything you can to assist in their great flee. There's not a ton of control or influence you can have, but just enough to make sure they have a better chance at survival. I say this because the sheep seem almost suicidal in their path of escape and it's quite gruesome. I'd be careful letting younger ones play this as bits of sheep go flying around and blood is sprayed everywhere. I was even screaming at certain points as these sheep trusted me and I lead them right into a massive grinder. It was almost horrific for myself seeing this happen before my eyes and then I attempted again using a differing method. The game is split into sixty differing levels across all manners of horror filled levels to get these sheep safely through or well as you can from which you get a rating at the end. There are also a bunch of bosses littered throughout the levels and these things are crazy. It was actually a nice touch seeing the Worms cameo in there driving a machine or so for some good hilarity. The levels did feels very much the same at times with the scenery and very reminiscent of the recent Worms game. Making your way through the levels was actually very satisfying though I felt awful when things would squish, impale or find some other way to slay parts of my flock. At times entire groups would be decimated which was crazy. 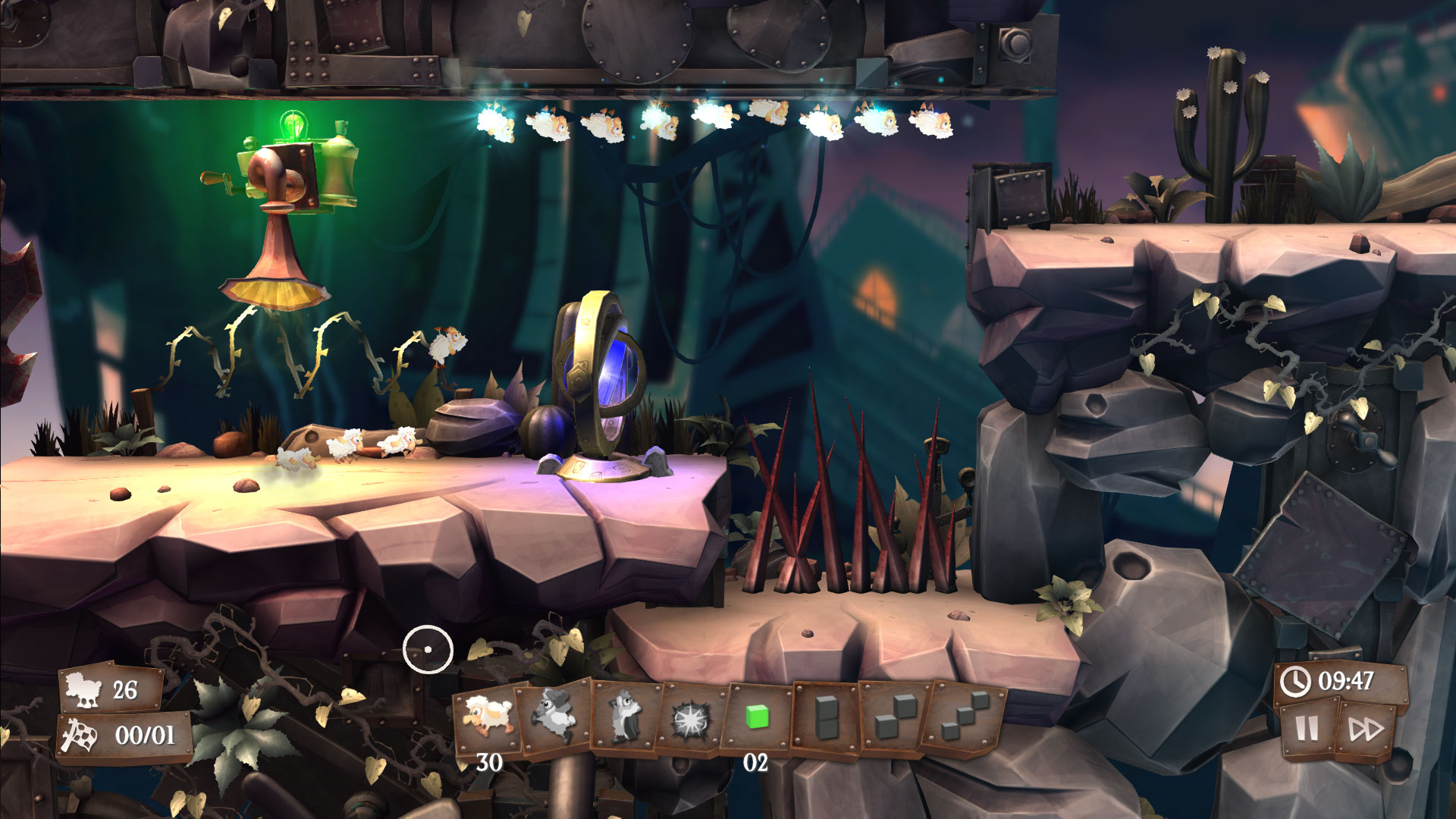 Onto the technical aspects of guidance for these sheep which has you basically manipulated environmental aspects for their movement. They literally just run in a straight line towards death so you have to stop them, help them move upwards or grant magical powers from collected bosses. This includes cute hats or capes with hats having them be able to hop greater distances or the capes so they fly around. These were hilarious and changed up the sheep and their path greatly. There are also golden fleece sheep to collect with having you doing a quick side thing and other special bonuses to change up play by completing various tasks, custom colored blood! The graphics were in the style of the recent Worms as well so I once again say they could look better honestly. 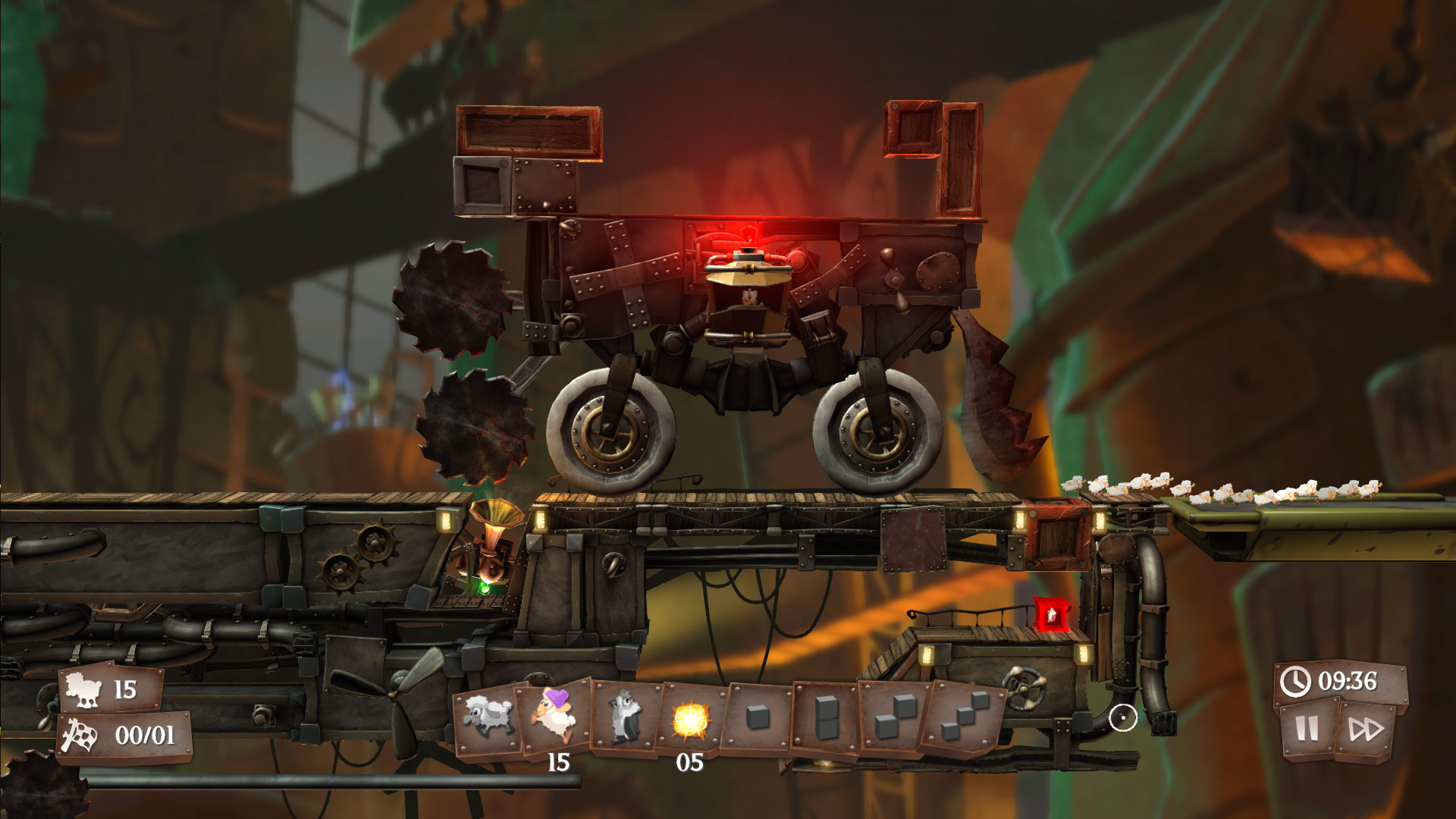 Flockers is a gory, crazy and awesome game. Herd your Flock to safety the best you can as every little thing is trying to slaughter your group of Sheep. I felt so awful when they exploded into a spray of blood mixed with extra chunk pieces. The cost may be a bit high for some though it's still an awesome experience well worth it. Even the bonus additions to your sheep are cool from gear to differing blood sprays to mix it up a bit more. Survive those bosses and save every damn sheep you can along the way in Flockers.

Flockers Review on Xbox One
Review Code Provided by Team17