"I love killing me some Aliens!"

The main chunk of the game is the campaign missions which sprawl over multiplayer chapters offering a variety of level/environmental variations. It did feel slightly easier this time around compared to the first game though I had no issues with that aspect. The terrains of your surroundings were always different which was nice and the layouts provided many possible decisions of setup. It was also interesting that all levels were open from the start so you could pop in any area of the campaign without issue. This is probably aimed towards making cooperative play easy as possible though I suggest playing from the start in order to get a full grasp of the story. Which of course there's an actual story that's not too amazing, but still has some good comedic chirps between the various AI's you encounter. I mean there's not endless hours of campaign to play, but extra time is provided in another fashion. That being the vast amount of variation options to play each level with that are scenario like. Choices like changing the budget or being limited to certain operations. The hard core players will enjoy these options much more than the casuals though. It's just giving more play options and really extending the time spent on DG2. Onto discussing the levels which have a slow startl-up, but allow you to begin mapping your choice. It seems like a very refined version of the first game with some smaller variables at play. You gain your resource count my taking out the enemy troops as they scuttle along their determined tracks and try your best not to allow them to take any cores which they desperately crave. This can be all sorts of designs on levels and it's up to you commander to find the best path of movement. Story dialogue is put over all this action and you don't really miss it at all since much of the play is setup then watching it all play out. I always go for a slow start to control pace then wrong the rest of each level at super speed to make it go quicker. There's a certain point at each level where your towers will either crush the oncoming streams or let them all run by. 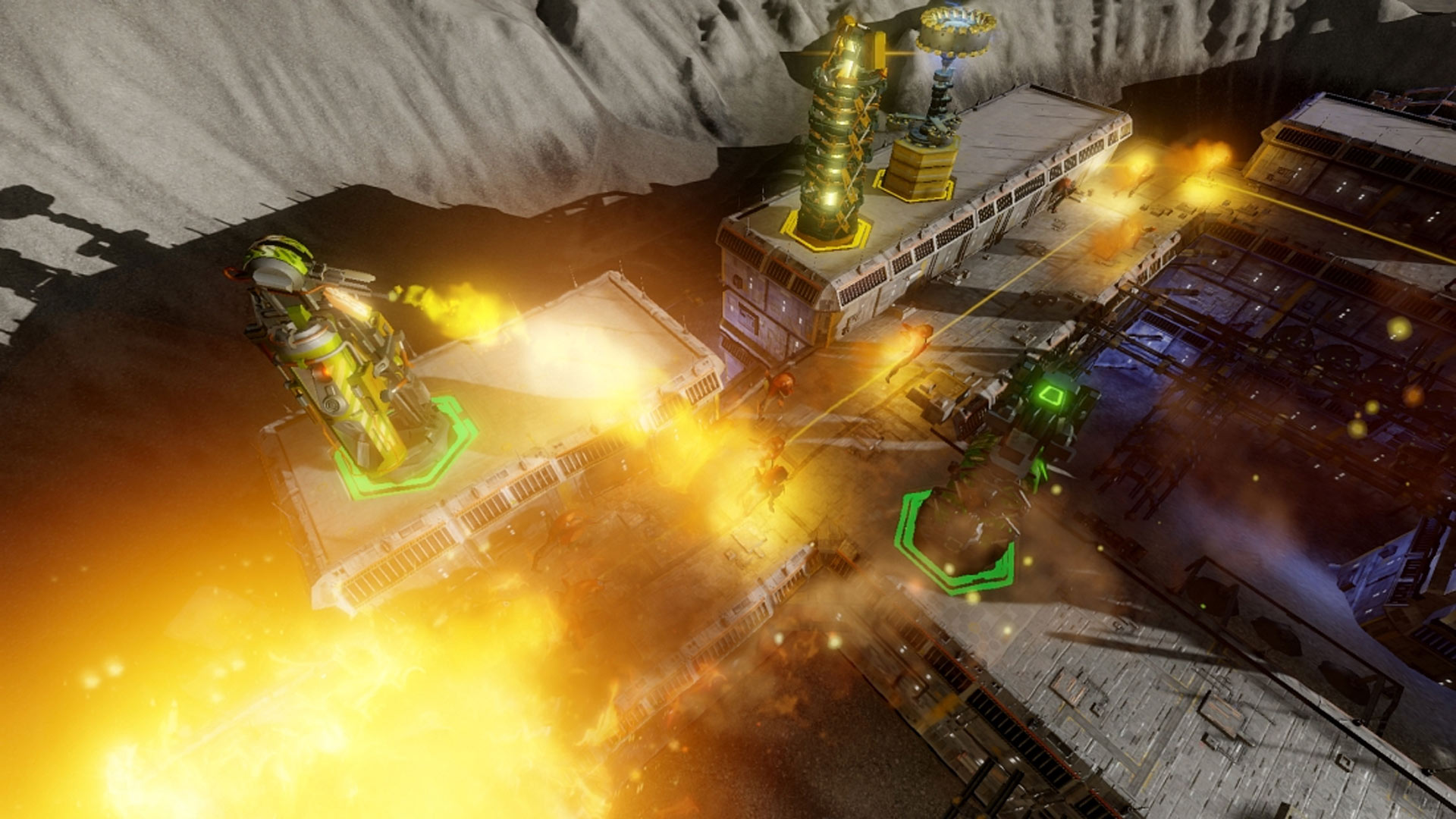 There are a few competitive modes available for the multiplayer aspect of DG2 which focus on fairly quick head to head battles or cooperative play. These modes are welcomed additions to the content selection and coop on the missions is a real blast. Most notably for multiplayer was a mode where you could face someone and enemies killed on your side were sent to the other as you both grinded for points. It was gripping play that kept you wondering if your defensive setup was more well coordinated than the others.

On the scale of play which is an above angle which works quite well the actual detail in the worlds is fantastic. Even when zooming all the way in the scenery looks very detailed and the aliens themselves fantastic in creepy look. I was also impressed with the amount of sheer destruction on some levels and that there was no lag or drops in the gameplay. It was a smooth play no matter what sort of rocket combination with aliens racing across there was. Play is also fairly simple as you select your towers and create various patterns to manipulate the enemy paths. The camera angles worked well for this and I had no issues selecting exactly what I wanted, where I wanted. 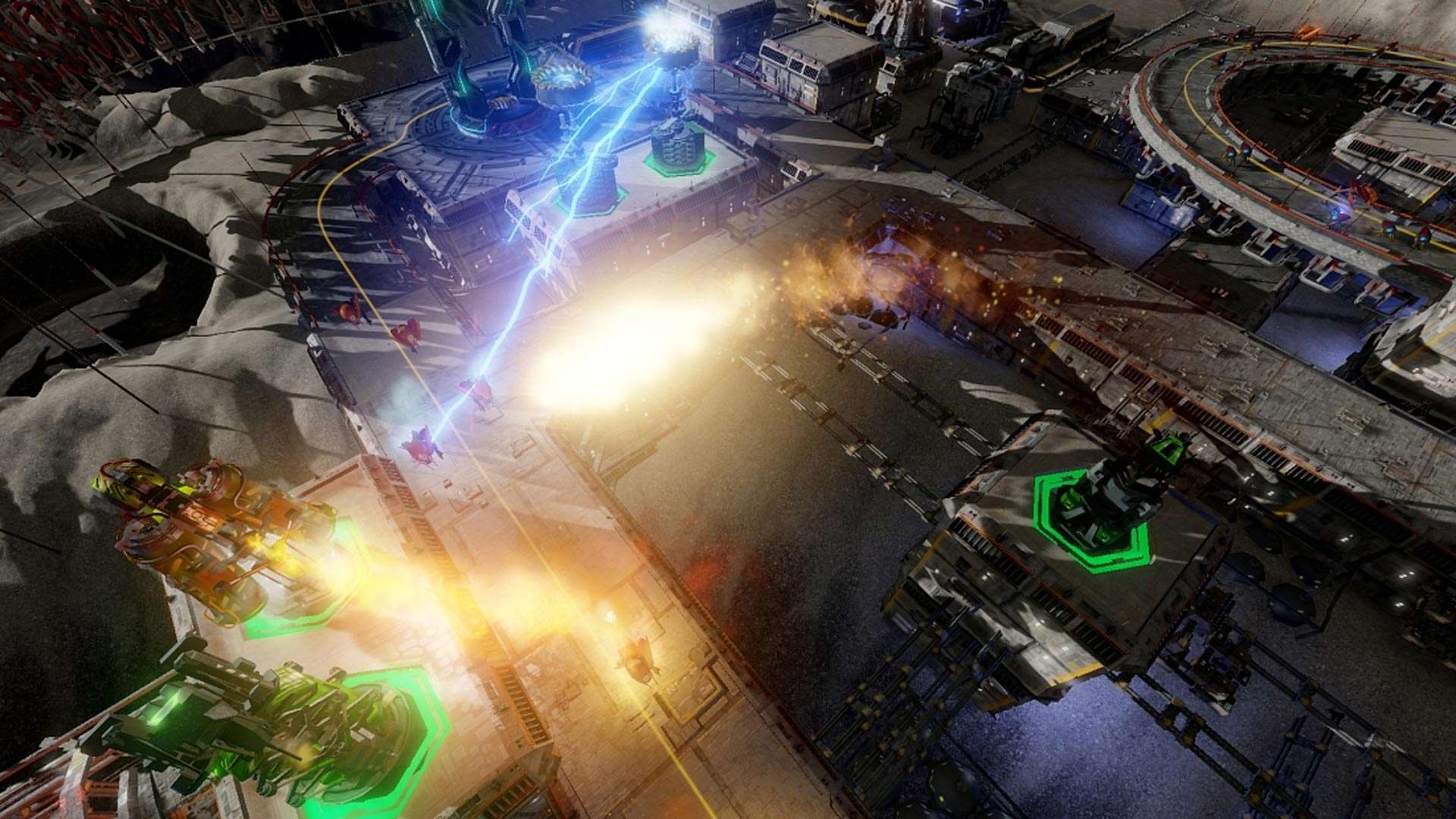 Defense Grid 2 is a long awaited sequel to an older tower defense game that we saw a very long time ago at the start of the last generation. The story is not amazing here as I state that once more, but it's still decent with some laughs. The tower setup and formula here is glorious with a many choices for you available. The graphical detail is very impressive here with everything looking very smooth and refined from the scenery to the actual tracks. If you love this genre this game is a definite check out and even more casual players will enjoy the pace of Defense Grid 2. I look forward to definite future entries of this series in the future.