The definitive edition of CastleStorm brings the most complete version of the game to next generation consoles with beautiful graphics and the most robust version available. Featuring tons of differing levels throughout the campaign there's a ton of gameplay. I was actually quite surprised at how much I was enjoying the humour and general gameplay of the game after playing it. Split into multiple areas defined by flags you customize your loadout as you unlock abilities in order to protect, attack of complete other objectives. It was surprising to see so many takes on the start formula of the game so quickly. Whether that was collected amounts of gold, having to play as a hero yourself or being limited by items. Probably to me, the most interesting aspect of your play was the custom creation of your castle and how it affected play in each level. At times I was annoyed how some variations didn't work though it was a great feature. By allowing selection of items like this allows people to create their own unique way of tackling problems to solve. On the aspect of levels there was also a great amount of environments to view and minor things that moved within the game while you were focused on the middle combat. The system itself is basic in how enemies or your own troops move back and forth though through inflicting other aspects such as strategy it does change the pace. At times things were difficult in some missions with others being far too easy and that balance was slightly off. 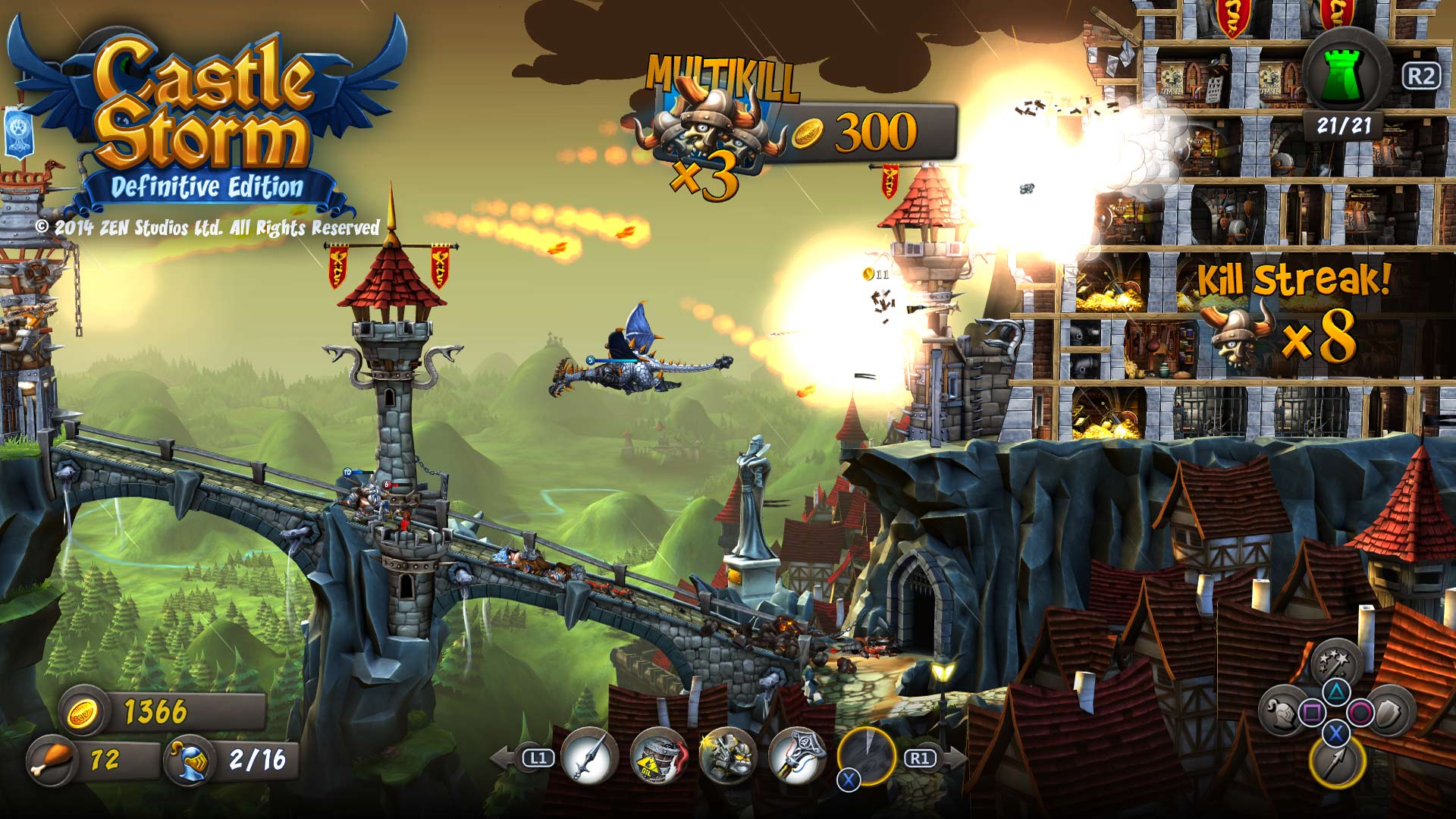 The online aspect has you battle it out against another enemy castle in your quest for domination and just creates an online aspect to the game. It's a good addition to game and creates some friendly competitive play against randoms or with your friends.

It certainly looks great and has interesting play. At times it felt like units were moving too slow, but the pace is well done most of the time. Take advantage of differing abilities to destroy enemies from magical ones that include heroes to projectiles and finally those ground infantry. Some of my favorites from this were unleashing a dragon or getting some trolls to attack. At first I had issue with the attack system though after continued play everything feels fluid in playing and movement between selection menus work well. Levels are mostly focused on destruction though some have you capturing objectives or taking out bosses that are a nice mix-up. 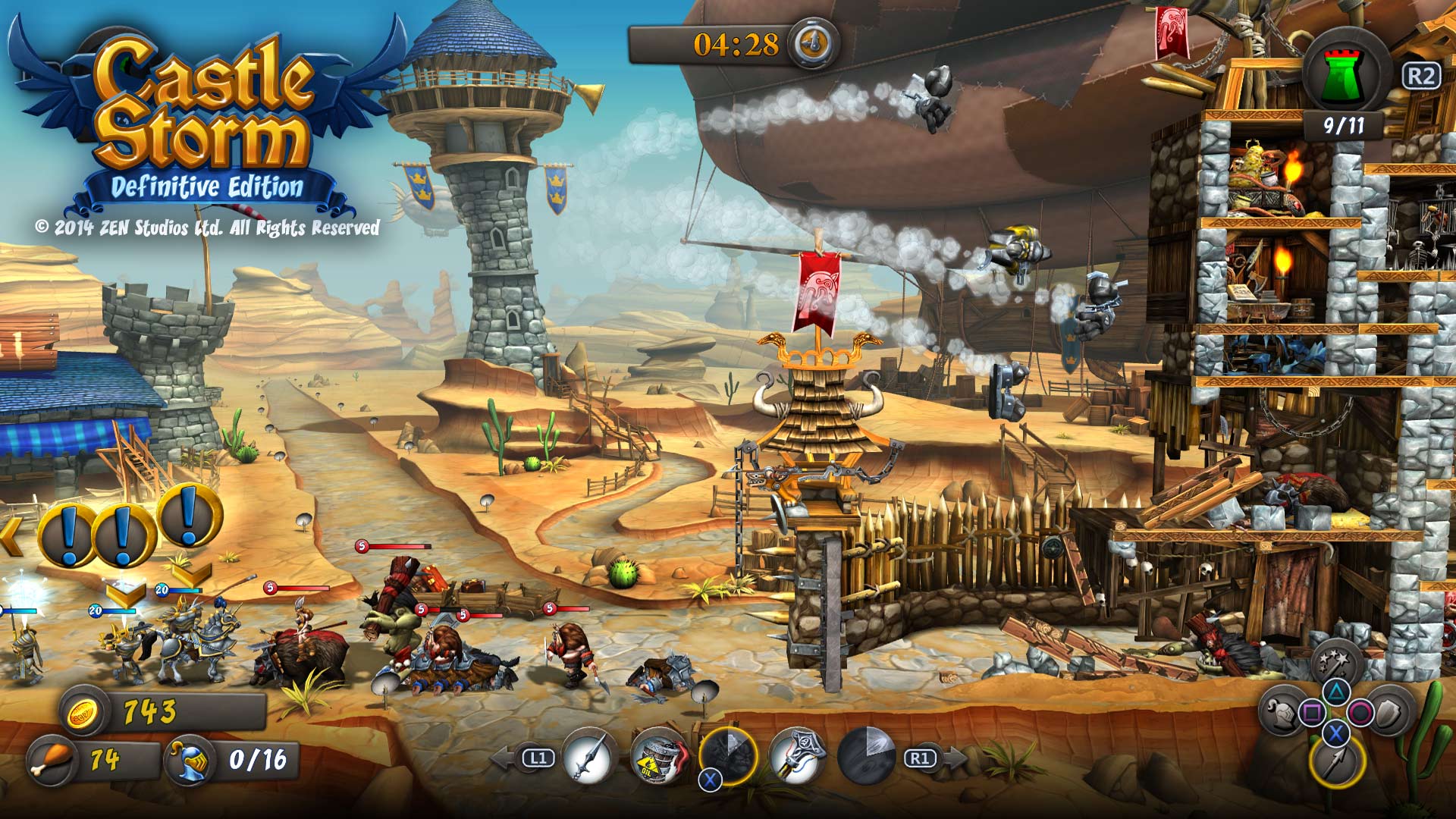 CastleStorm is a bunch of fun with a ton of levels for you to play. I was more than pleasantly surprised at the amount of campaign available to play and how enjoyable it all was. At times forces were tough, but it just took some more planning or changing of strategy in order to defeat them or beat said objective. That's really where I find all the value throughout this game is the amount of levels and that it could easily keep my interest for extended amounts of time. A definitive edition for CastleStorm brings everything together for a complete next generation package.