It's time to step into the shoes of a long dead guardian and become Legend. Destiny is essentially a recreation of Halo to be honest as many characteristics take things from there and just transform them into new designs. Like the jetpacking; weapons, enemies and basic gameplay feel very similar. Though honestly the biggest issue with the game is the absolute lack of story from the very start.

Also I'm not going online to read story as that aspect should be heavily laced into the game. From start to finish you go whimsically through these worlds and areas with a very weak non-descriptive story. You've been dead a long time guardian, ok let us never touch on that again. Even by the end I thought it was a wonderful campaign, it just lacked any story and I felt I accomplished nothing. You fly about killing grinds of enemies until you just jump to a new planet and get some slight tale on what you're doing. By the end of it you just explored a couple areas on planets and slayed hordes of varying enemy species.

For a game of its style and becoming a legend I never felt we really did anything the entire time. The worlds are great and all, just seem to lack any substance to them. Earth along with Mars were just disappointing with Venus being the most fascinating of the areas. Some areas were filled to the top of the skybox with beautiful graphics and floral life. Just within these areas were dumb enemies that were piled on to never before seen levels. The map of exploration is fairly awesome, just it's weird how you select points to visit.

The story is loose random based dots on the map and you can skip many of them if you so choose. I wanted a full story so I did everything including the much harder strike missions which didn't actually benefit my playthrough at all. If you're wondering my particular class for this I had chosen Titan which was least popular for some reason and I also had a sassy female Warlock as well which I played some more of the campaign again. By the end of all my playing and a many hours I felt like the enemies were bland by sheer number in their locations.

The various worlds also were very dead-like with other players only showing up in open locations instead of focused mission areas. Furthermore the small firefight squads of only three didn't help it feel like a big universe at all. On top of that I felt the experience was even better when running solo despite the enemies as the cooperative just didn't quite do it for me. 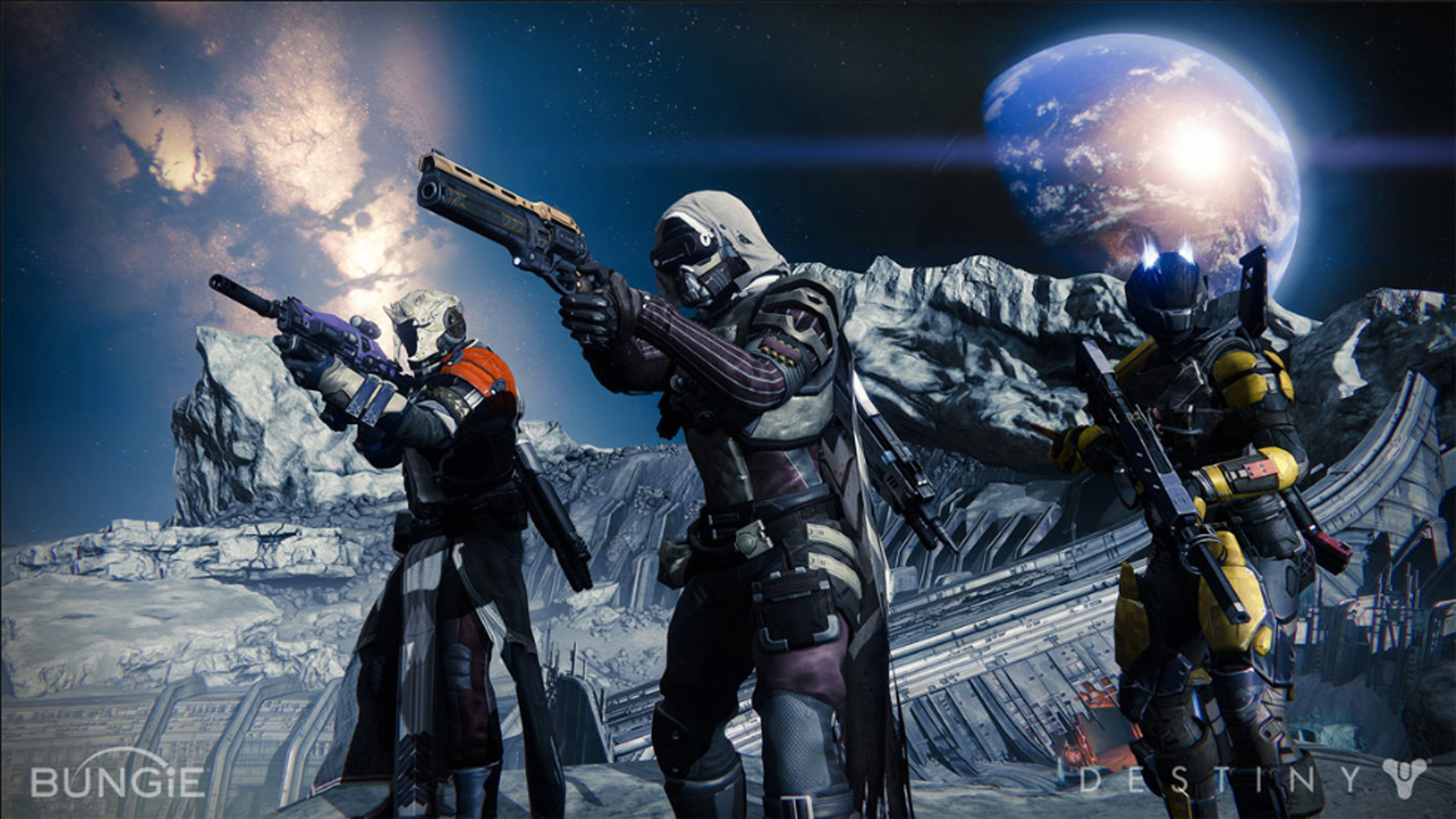 Surprisingly more balanced then I had previously thought the Crucible or multiplayer area is rather interesting. Split into differing modes with more on the way you control posts or kill each other. Though honestly in objective it's worth a much larger amount of points if you run around killing instead of playing the mode how it's supposed to be done. You bring in your character to this battleground and honestly the higher levels do have a major advantage over the other characters.

The classes all seemed to work well against one another and weapons ran fine. Once in the game though it feels like a generic multiplayer experience and doesn't have its own unique vibe. Doesn't capture a unique feel like Halo or Call of Duty for me at all and that's important to keep players interested. The maps themselves don't feel that special and are few in number. Design doesn't seem as fluent as their past games which is quite disappointing as Bungie usually sets the standard in that department.

Here we have a vast and amazing looking world. It's seriously something to look at that skybox or view the world around at times. Social interactions are great with people dancing mid-match or sitting around. It does lack the ability to chat in the actual social tower which is annoying. Doesn't really encourage people to team up at all and that hub is just a place to come occasionally when handing quests in.

Leveling is also weird as there are twenty total levels and then light levels from armor collection. In my opinion you can hit up multiplayer and speed level to destroy the campaign which is less fun. The screens for customizing your character as you level up are well done and easy for everyone to use. I don't quite get what difference skills really make as some take things higher or lower while armor just improves along with guns. You can slightly personalize all this with attachment and skin color shaders unlocked after you hit max level twenty. I'm an oak color! 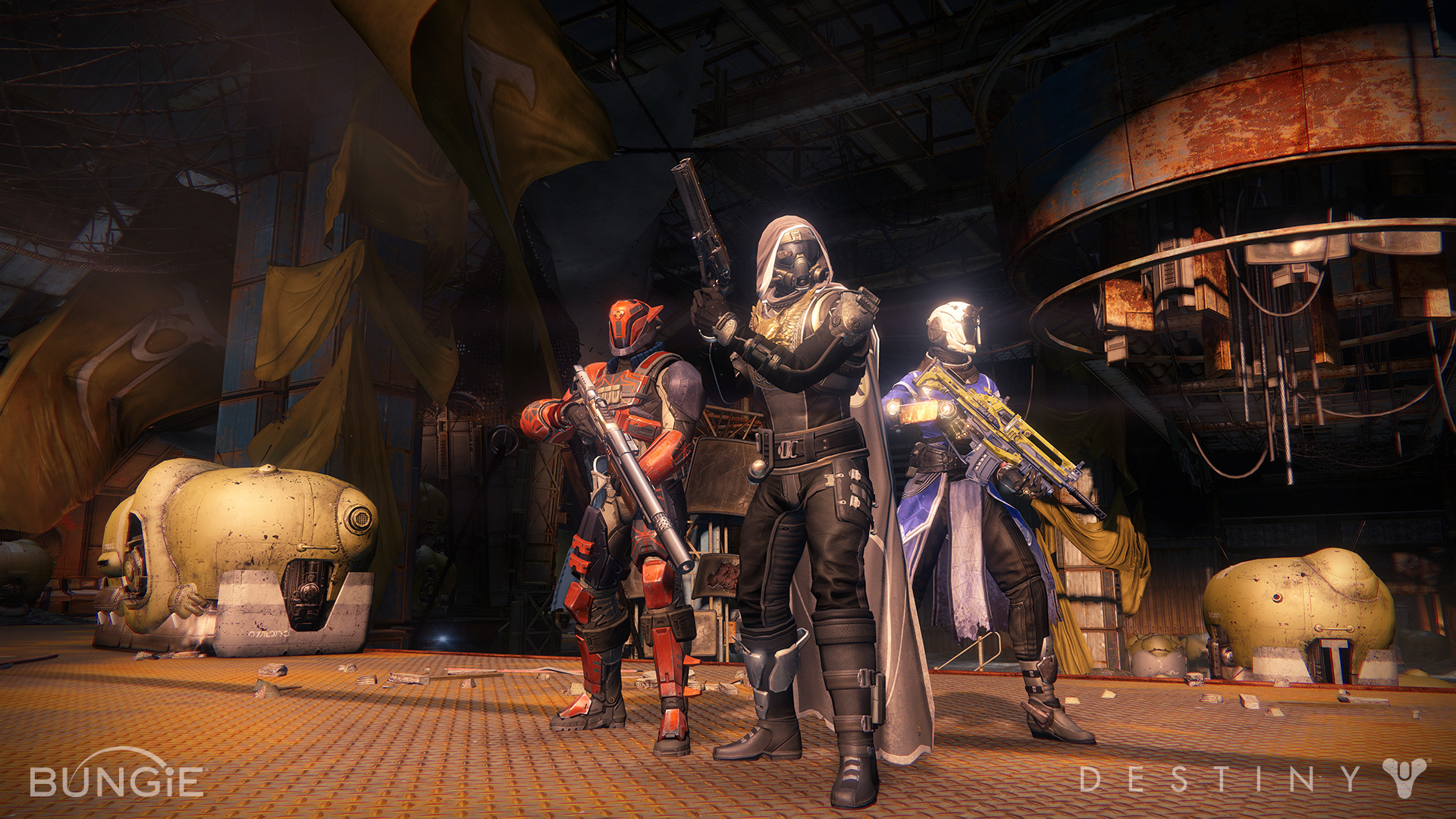 Destiny really isn't at all the game we were all hoping for with its promised hundreds of gameplay hours. It's very addictive, yet fairly quick to finish as I'm done with it for the moment until more content comes out. I'm not at all saying this isn't a solid game which it's.

I feel only let down that the legend will hopefully not last the ten year span as Bungie can honestly do better. The story was downright a joke and not worth even paying attention to as nothing is explained. Gameplay is such a grind at times in a very unencouraging way. So I became legend and am now searching for them to bring out compelling additional modes of DLC to experience. 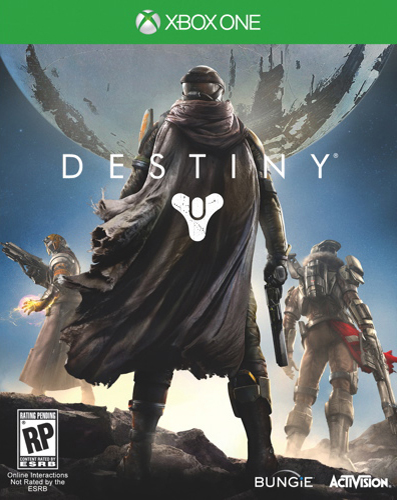 Destiny Review on Xbox One