The wait for the next generation version of Minecraft Xbox has been rough and long. We've waited a great period of time for this to finally come out despite it having an original launch window release date. I'd like to get overly excited as I've been having so much fun with the game since launch, though I must look at this with a critical standpoint. If you went on Xbox 360 you would be playing the exact same game at this point. That going to say I'm quite surprised it too them seven plus months to basically port over the game. From what I've read as well from 4J Studios is that the update isn't even in development yet as they're working on bugs which is disappointing. To what has been updated, these worlds are massive. Exactly 36 times bigger in scale and size with a massive draw distance along with wider peripheral viewing. The frame rate has also been bumped up though it does have some lag issues at certain heavier moments in the game.

Aside from that we also have the ability to import our old worlds which is well welcomed as I've spent hours building, though that isn't something to be called a new feature really as they don't change at all. So what we have here is a game with a much larger world and viewing area with nothing new inside of it. I have to be cautious in reviewing this as it will change a lot over time as Minecraft has, just would be unfair for me to rate it high for what it provides in comparison to the last version and the time it took to port it. Now you're going to love this simple block building came of unlimited creative and spend thousands of hours on it with your friends. I even gave the original a perfect score last time around seeing the potential and smooth play on Xbox 360. This time around I question their work process as they've missed countless release dates and have given us the exact same product. As far as campaign goes in this there's a bit of a story having you gather resources to kill an Ender Dragon, though many know that tale already. 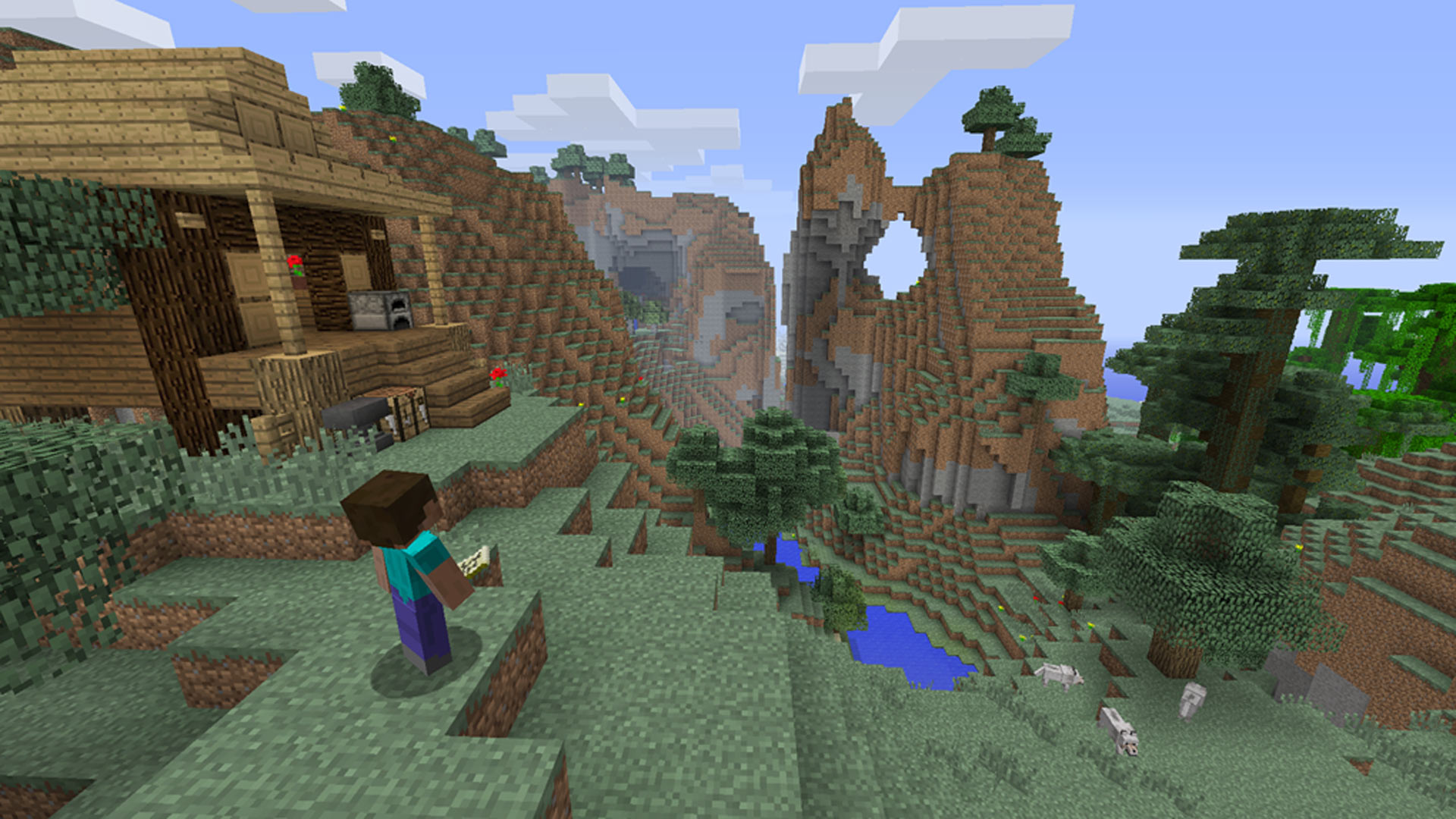 Probably the most missed out opportunity is the lack of additional players, 8 works fine though with this next generation I along with others expect more. There are even fabled talks of extending it post-launch, but until I actually see it I don't believe that. To the side of that we may even get servers at some point, to further on that I would love it. Just until it appears on the console I won't believe it. The best part of Minecraft is really playing with others and friends while adventuring in worlds. Whether that be simple games of survival or playing the latest Hunger Games it's a blast. Compared to PC it's also incredibly simplistic for everyone to play together, yet I do wish they would remove having to be friends with people to join as it's a poor extra barrier. Finally you can also now play it out locally with four players so I'm sure many individuals will love that, especially those with a couple kids!

Well, it's Minecraft which retains its classic block build with larger and smoother worlds. There were some frame drop issues, but overall it plays fluidly great. Everything seems to be more refined graphically and there's far less lag with this superior console. The menus and crafting is just splendid compared to PC with it being easily accessible to all ages. Combat and surviving in the game just take time to master, with many videos being available to help with this. 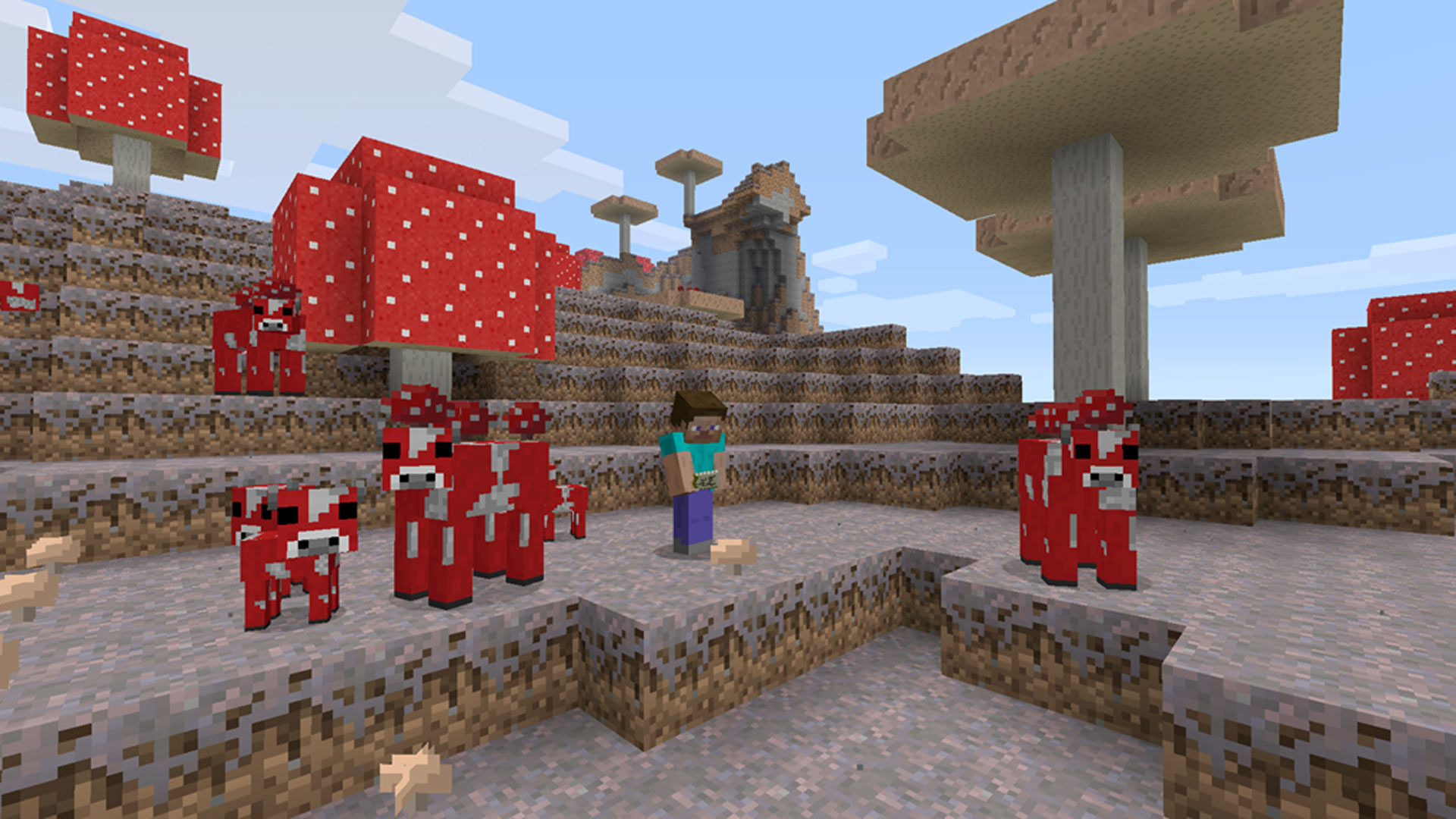 Minecraft One is just enchanting with unlimited possibilities. I've lost faith with the developers ability to release updates and give firm notice on this as well. Despite this our building experience has been upgraded with our old worlds and even much larger new ones. I'm disappointed in having the same game without any upgrades after waiting so long, but I'll just enjoy what I have at the moment. Achievements are also great and capture the full game, just missing days played at this point myself. I look forward to what this game evolves into over the generation and can't wait for all the great times I'll have playing with my friends. At the end of this all I feel the rating is fair, Minecraft One will eventually grow for a better score in the future.