Stick it to the Man! Review

I was more than surprised to receive a Stick it to the Man the other day as I really hadn't heard of its impending release. Playing as Ray you're this fairly funny and interesting character that gets a grand bonk on the head. That's in the form of this weird brain like squid creature which crawls into his mind. With that we're introduced to this strange pink colored hand that's the main mechanic of the game and allows you to manipulate particular things within the environment. From peeling areas to placing stickers and even reading the minds of those in the world around you. This may sound weird, but it was done in an interesting way that really does make things unique in the world. Whether that be in the crazy asylum, regular town or even in space! Levels are broken down into ten chapters taking you across this rather in-depth world of which there are many individuals with piles of issues. By reading their minds you can understand what they need or maybe they have something someone else wants. Cycling through mental item collection you'll try to solve these events in order to progress further. It's a side scroller in this regard, but it does have dimensional properties to it in how you work your way to the end. Puzzle wise nothing was too particularly difficult, yet did provide some challenge or taking a second to think at points. The enemy AI parts were interesting and just called for you to manipulate their paths and grab some deception stickers from their mind. I was able to play the entire game in a sitting and found the story to be rather charming with some great comedy mixed into it. This was most present for me in mind reading and when characters walked other ways as they just flipped. 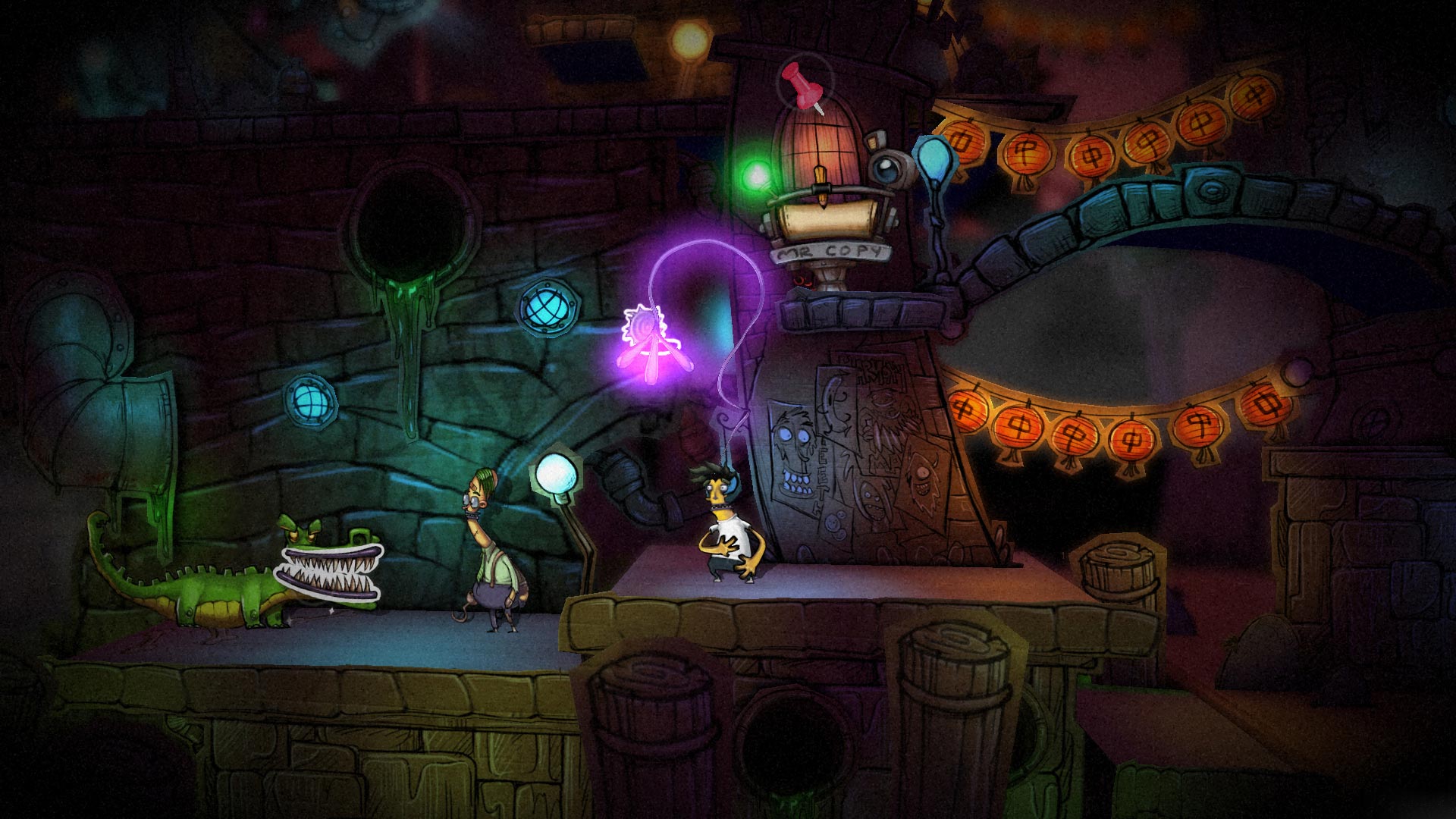 The world is a side scroller, but you'll be moving through it in different ways. From collecting items to unlock further areas or backtracking as a new solution has been found. Stealth parts were done alright, but I just found the best way to run by everyone I could. Puzzles were simple enough throughout with only a couple times of me getting stuck for a little bit. The graphics look really good and I loved the art style. The weird hand mechanic and reading brains was weird, yet worked quite well. There were only a few times when selecting within groups of people that I had difficulty selecting whom I wanted. 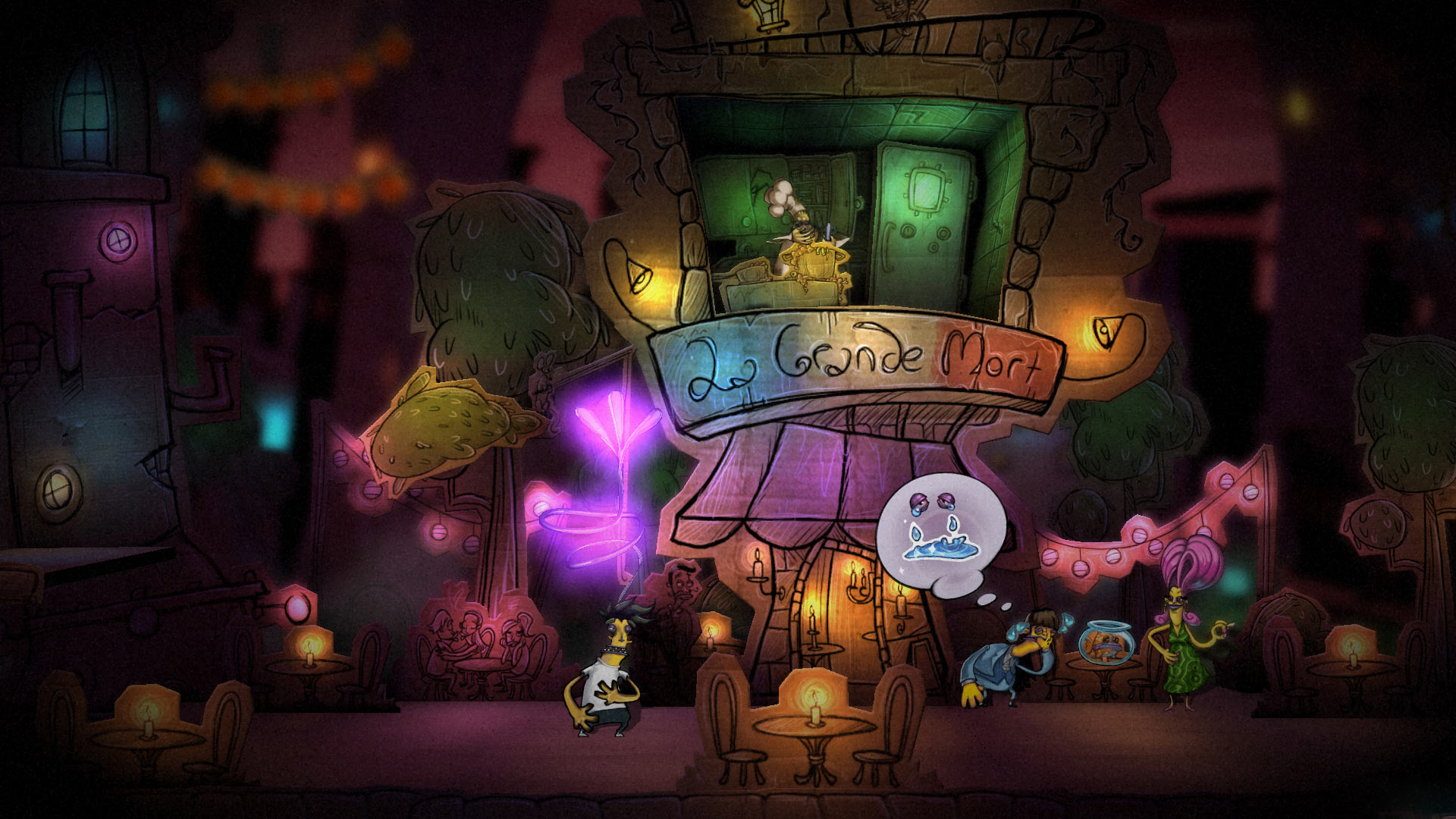 Get ready to Stick it to the Man! and the minds of any individual you come across. It's a great game that has a solid story filled with humorous parts. Solving the puzzles is decent and just takes a second to think about things. Reading minds was great as everyone had something interesting to say or well think. Even dead things or floating apparitions could be read for some of those achievements which were decently easy within the title. Definitely worth a playthrough for the cost and time you'll get out of it.

Stick it to the Man! Review on Xbox One
Review Code provided by Ripstone