Diablo and it's dungeon crawling type of game is usually something I never go for. I had some friends decide to get it so only logically I picked it up as well. Now right off the bat I'll say that it's generic to the dungeon crawling to a sense with a story that was quite meh overall in terms of trying to build any sort of emotional attachment. Despite this aspect there is just unlimited amounts of replay to the point it's almost sickening and tons to do partly because of the random world generation. This isn't something I could get lost in, but for many I could see this being a place of escape for ongoing hours. From the start you select your class and name a character of which you will turn into your hero. It spirals off into a number of main quests split into acts, four in the original and a fifth with this Reaper of Souls DLC. There's also side quests to that take place in random as events and it's fresh to an extent every playthrough. Across the land you'll gain loot, level your character and do all the classic things and RPG would have. This all of course gets better at higher difficulties and you are able to enchant your supply to no end with all the local artisans to choose from. Whether it be mystic things, smelting or playing with gems these merchants have got your back. That's where things become more personal for development and that addiction to loot collection. You also have skills to select and pick from which vary in what they do for you along with runs that accompany these abilities to further make them unique. If you choose, there are options for a companion if you play offline though I don't see why you would ever want to in this game. In terms of enemies there are just tons of a bunch of bosses to roll through, yet I found these all to be alright and not memorable enough battles. I killed some angel death thing, yay. The fuel to this was the cutscenes which looked stunning even on consoles, though still I just couldn't seem to care for this story it tried to make and continued quick skimming through it.

Battle with up to a party of four as you conquer the lands and fight together. Things are scaled to difficulties and it's far better to play with friends than randoms in this as communication adds a bunch to the experience. There isn't much difference with this aside for leaving mid battle to town and joining another player at their precise locale.

Everything looks smooth and I never noticed any sort of frame drops even at the heaviest enemy sections. The fact the Xbox One version wasn't going to run at 1080p is quite a joke, looking at you Blizzard. Graphics were just nice to look at with minor details and great moving backdrops. The randomized levels were also great to make it feel different every play for those that do. All the levelling and play was balanced as they've had a long time to work on this from the PC version. If you do finish your first play, tons of new opportunities arise like level bounties of special rifts to fight through. 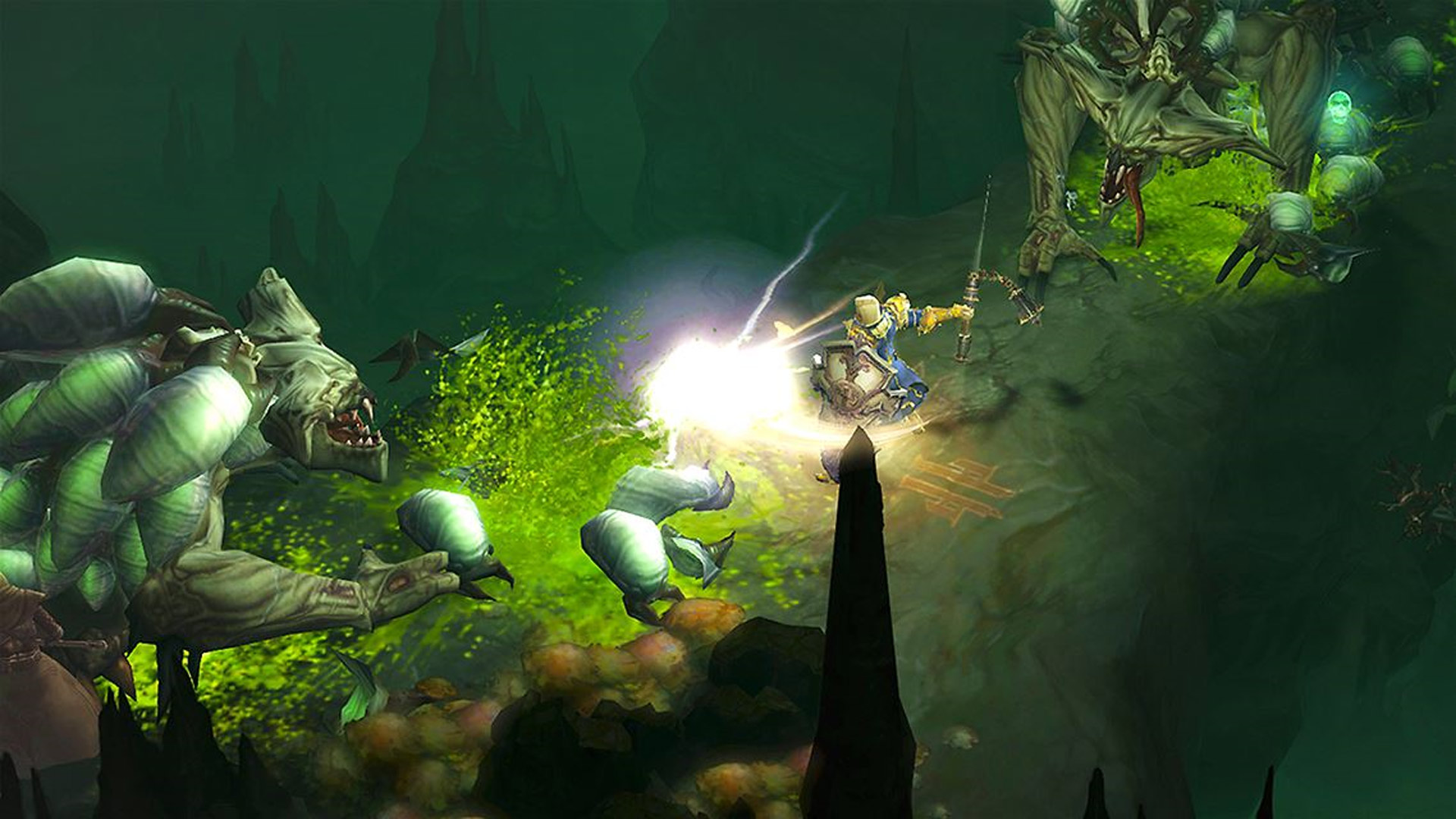 I think I've covered it all praising the strong replay value that so many will love with that unique level play and addictive looting. The story was boring to a degree as you mowed down enemies and bosses, the main bad guys never do die for some reason. If you need something to sink hours into and love dungeon crawlers with deep RPG play than you've found that holy grail. Be prepared to waste your life away with Diablo 3, super ultra remix crazy evil edition.