I myself am not a huge fan of football, though I have observed and played the series over the last generation. After playing Madden 25 I felt that this generation we would be faced with the same hurdle of copy and paste, though I was pleasantly surprised that with this entry it makes 25 look like they weren't even trying. Everything seems to have been overhauled from the actual graphics to presentation and the play picking system. It may seem strange at first, yet most aspects feel much more fluid and the game match what you watch on TV. The crowd feels alive and the upgraded presentation breathes a lot more life into the game. In comparison to last year all of the various modes have returned from the trainer to connected franchises and the Madden Ultimate Teams which have been upgraded. New though is a gauntlet type mini game which adds some extra play into the game for those fanatics to enjoy. There have also been many touch ups to the actual way players interact with one another from jerseys gaining wear throughout the match to the great side actions they make between plays. The physics are also much better having some great rag doll style hits and contact is much more interesting on the field. It's a more robust version of what you're used to with a far better presentation focus.

This area really hasn't changed at all with your usual head to head and online modes that have only become more integrated. Hard to really dive too much into it as this area is well known and gets minor tweaks over the years such as the online coop or connected franchises.

It's all about the small things and that's where this crowd feels ever more alive. Some issues are found of the same characters on the sidelines looking dead, but the crowd in the distance looks great. The presentation was my favorite feature this version brought in making it feel ever like a real match of Football on TV. The change of defense makes players more alert on that side of the field as it really does get neglected with focus of upgrades over the years and the minor tweak to kicking is welcomed making it a mini game of sorts. From the ground up it's a much more robust and good looking game. 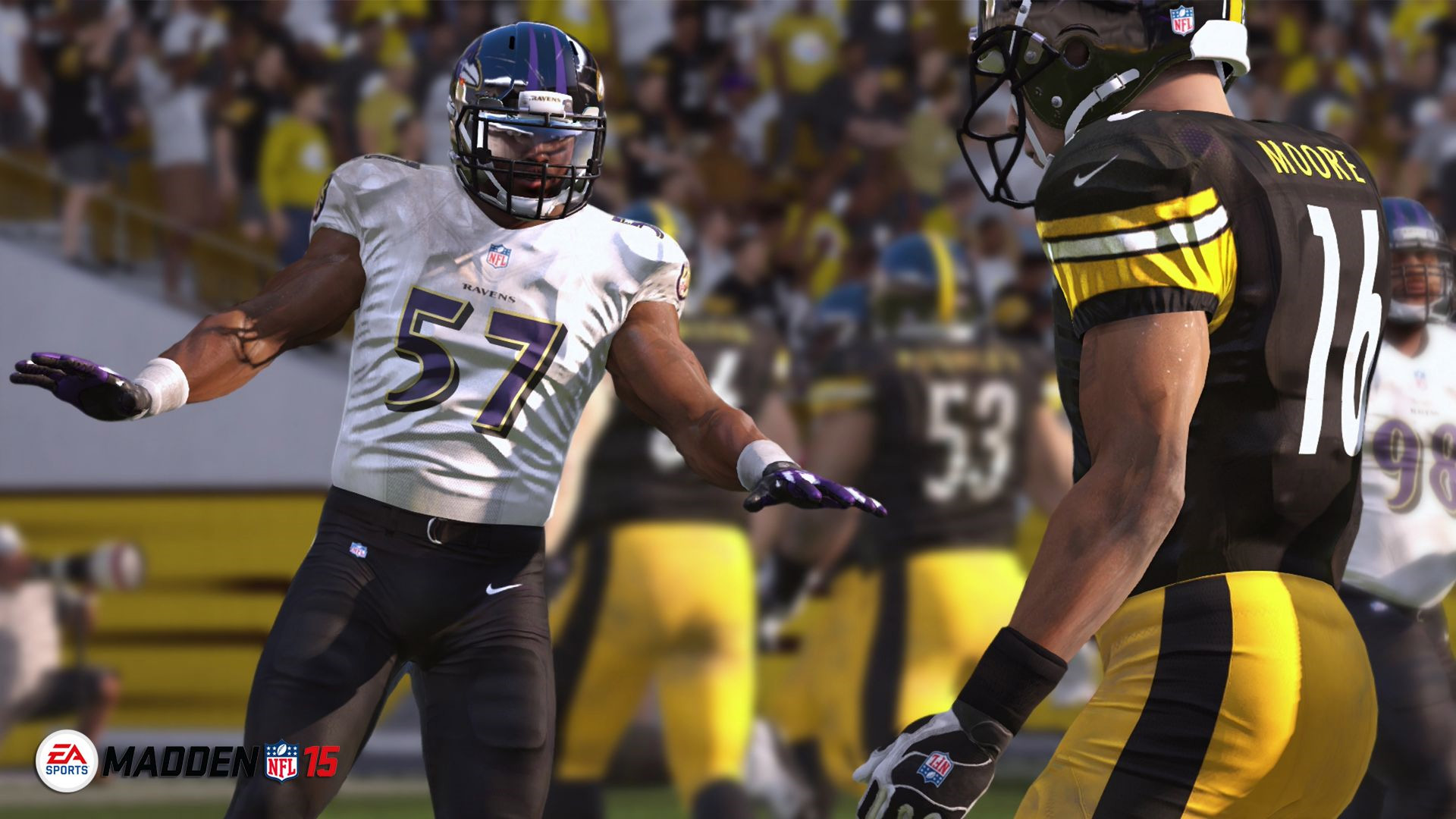 After playing Madden 15 I can say it feels like the joke named Madden 25 was a quick cash grab to throw on the next generation. This version brings a much more realistic take on the game and brings in some interesting minor touches that add well to the game. Movement is fluid and hits feel a lot better than they did in the last entry. Defense and the kicking system have finally got some touch ups that have been lacking for awhile adding slightly to the overhaul changes. Madden 15 is great for fans of the series and shows that sports games can be great on the next generation.

Madden NFL 15 Review on Xbox One