When I first read about Crimson Dragon I had initially heard nothing, but meh things about. After finally getting it on the Games with Gold for free I was more than having a great time with the game. It's not the absolute most amazing game, but very enjoyable. Even if I had paid for it I would have still been fine with that as the game is quite great. At this point there's also a multiplayer aspect so I have included that within my review as it's a free add-on for the game. Within the main chunk of the game there's a disease called dragonscale that's basically scaling people to death while some are immune. Furthermore some have the ability to ride dragons from this or well bond with them to a degree. The game takes place on rails for the most part with aspects that allow free riding, though honestly the rails system completely makes sense for what happens. Most of the time you're battling massive creatures or clusters of smaller ones and it retains a very Japanese style of gameplay even in terms of level scoring. There are a bunch of levels available in differing regions that do get somewhat repetitive after awhile, yet they're very beautiful looking. Everything is fast paced as well when working through levels which keeps everything going. Aside from the main aspect of combat you're also working on levelling yourself plus the dragon to become more powerful. This includes feeding it with new abilities or XP and picking better equipment called ampoules to give mission special bonuses. You can even higher an additional wingman which helps a bunch when hitting any of the levels solo. The story is actually fairly good as well with how it all eventually plays out.

This is new to the game, yet free as well. Converting the levels to multiplayer allows three dragons to wingman it out together in the various areas to destroy creatures. Seriously some people just blow through levels and this part of the game is even better than solo. It's just great working with other to destroy enemies, collect beacons and take on bosses. Everything runs smooth in this mode and it feels like a very cooperative environment.

Crimson Dragon looks stunning, the graphics are quite luscious and detailed. There are tons of creatures to take on and an interesting score mechanic to measure your level to level success. The rails gameplay also makes a lot of sense and works perfectly with the game. Many want to have full control, but the level designs makes the rail works well. I even go as far to complain that the full control areas just lacked what the railed portions had going on well. 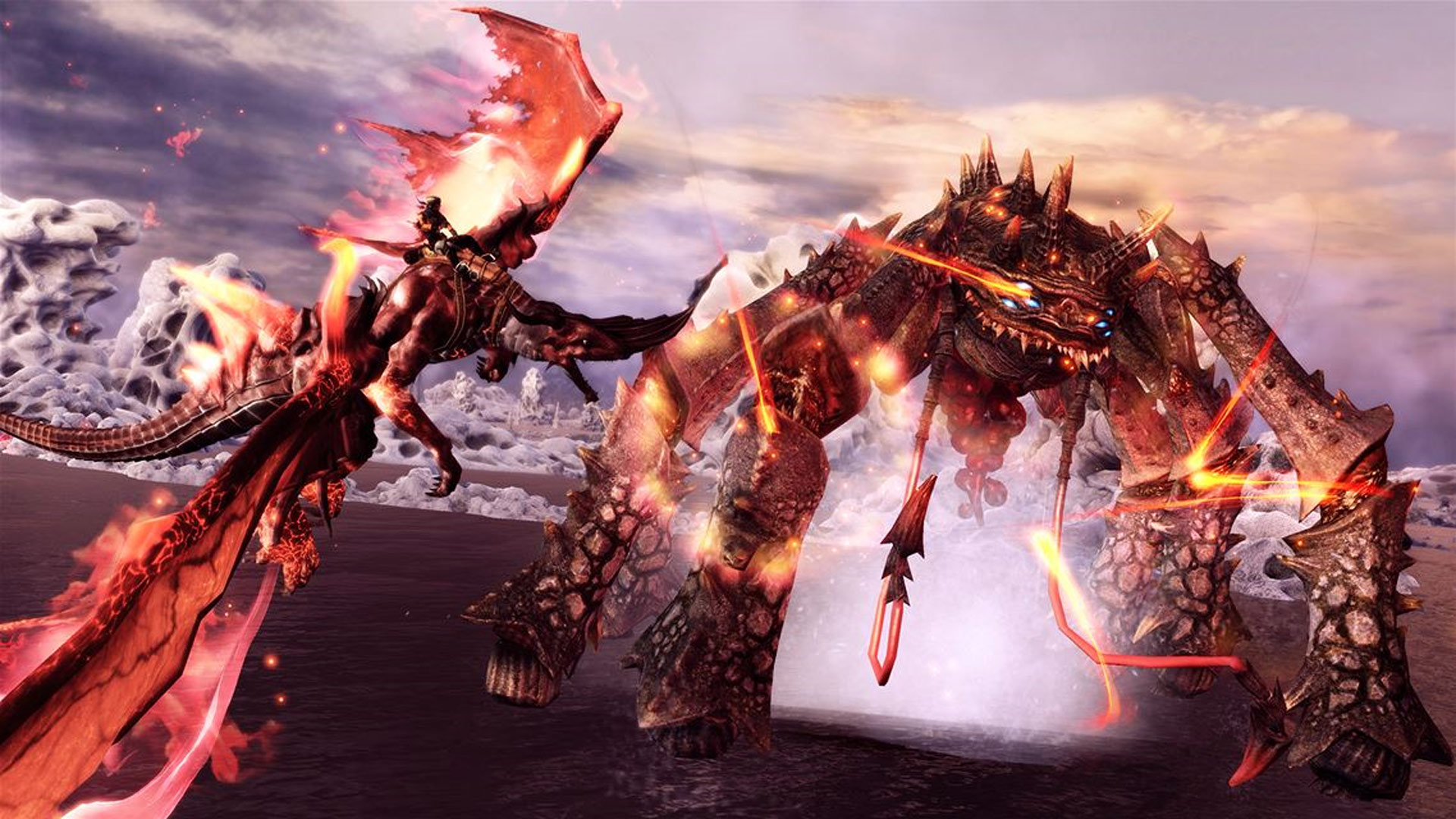 My dragon is highly evolved with awesome abilities and I have a great time flying around online with him. It's got an interesting store system to feed and nurture your dragons and their abilities as you level. Everything is solid and the game itself looks great, though it's on rails if you don't like that. Crimson Dragon is a next generation game that's definitely worth at least checking out.

Crimson Dragon Review on Xbox One