The ever popular Pinball FX2 has finally come back on the next generation Review on Xbox One featuring vastly superior graphics, along with free cross transfer for the majority of tables you might have purchased last generation. At a base Pinball FX2 offers one table for free with the option to download extra tables that catch your eye, though the original table itself is fantastic and shows off what to expect quite well when getting other tables. It was also the table I spent the most time on despite getting additional ones to try out as it's the base of what players would expect downloading the game. With this I'll note that I was able to try out the transfer system with the codes provided to assist my review and it worked very well so everyone should be covered for your favorite tables. This of course caused the delay in release, but was well worth it as I'm sure fans more than appreciate the upgrade. So the main focus of my review is on the default Sorcerer's Lair table of which you get for free, it features a mass number of challenges for you and gives a good idea from what you can expect getting other tables. The visuals for the table themselves sparkly quite nicely as I remember the game on Xbox 360 not having even close to this sort of shine. The movement of the ball is also much smoother thanks to the improved frame rate with the overall feel of Pinball game to be much better. Since release I have been playing a ton of Pinball and trying to figure out the various plots to destroy a tree on the level or perhaps climb the citadel. There are tons of mini challenges and or quests within just the default table for you to accomplish. At times you may even get sucked down into a hole to play a mini game or end up fighting with ghosts on the table. All in this 3D environment that feels authentic to a table you may see out in the wild though I'm sure those machines are growing in rarity at this point. Working from that I go forth the additional tables which each have had love and care put into them as they really do emulate the franchised worlds. From the Marvel packs with interesting voice acting I may add, are great for the moment as movies get developed for the tables represented like Guardians of the Galaxy or Doctor Strange. They were able to closely capture these worlds and represent them very well. Even the Star Wars ones are amazing in terms of detail and telling a story based off the movies or as with the characters showing off what we love about them. I'm going to also add a block here covering Guardians of the Galaxy specifically as that's a recent release.

Guardians of the Galaxy Table

I was given a bunch of tables to assist in my review and I thought it only proper to at least cover one as a side part of the review. I'm also set to review some future tables so I'm only getting that aspect set up as well. Featuring voice acting and authentic to the movie adventures, the Guardians table is an absolute blast. The movie was probably one of the top films this year with this table capturing the cinematic feel of them battling while you attempt to clear areas. The start itself is a frantic mix of many balls flying around as it works its way into regular play and story goes from character to character depending on your play. Fantastic table that really emulates the great movie. 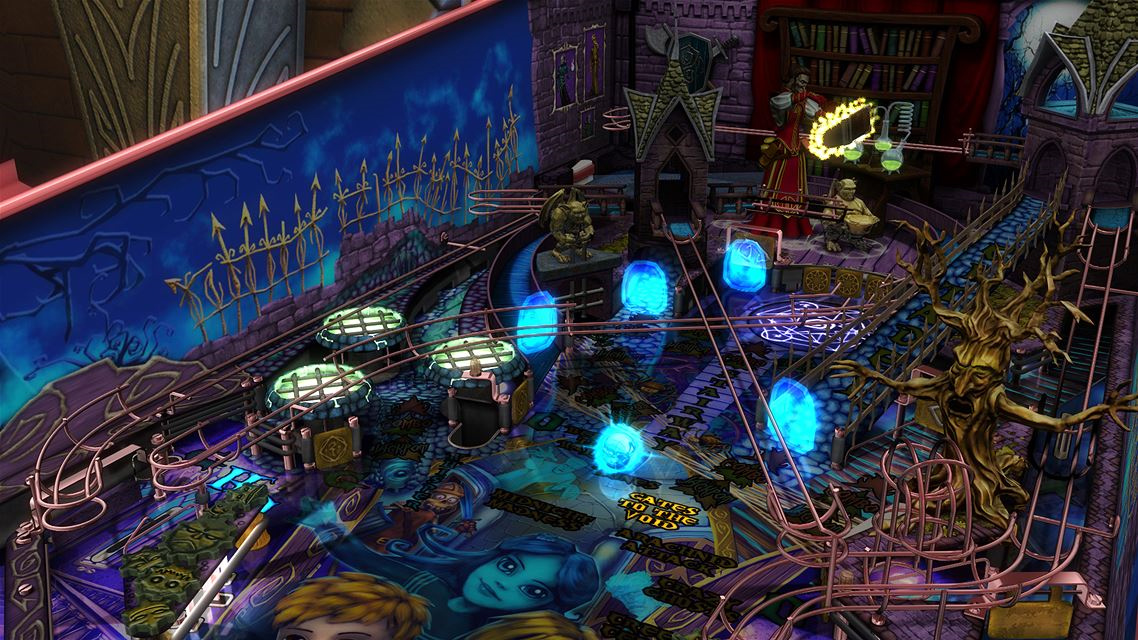 The multiplayer aspect of Pinball FX2 was handled the best it could, but doesn't make too much of a mark in my mind of wanting to play it any further. The hotseat mode is a neat concept, but was rather boring as both me and the other player were bored waiting. The splitscreen mode was far better working well with the screen and making a very heated battle. Just some tables seemed to have too much points to score or it just wasn't balanced as well. You can play with others though it's much better just playing Pinball solo.

It's smooth, it looks great and the tables have great dimension. There isn't any guidance in terms of what you're doing, but with Pinball tables that's how it goes. Just head out there and learn the various aspects of these unique tables. Each one has custom menus, starts and characters within them. You have three balls or lives with plenty of saves or extras that can pop up to assist you. Challenges and quests were challenging, but work in a neat way. The achievements are also well handled with each table having some for them. 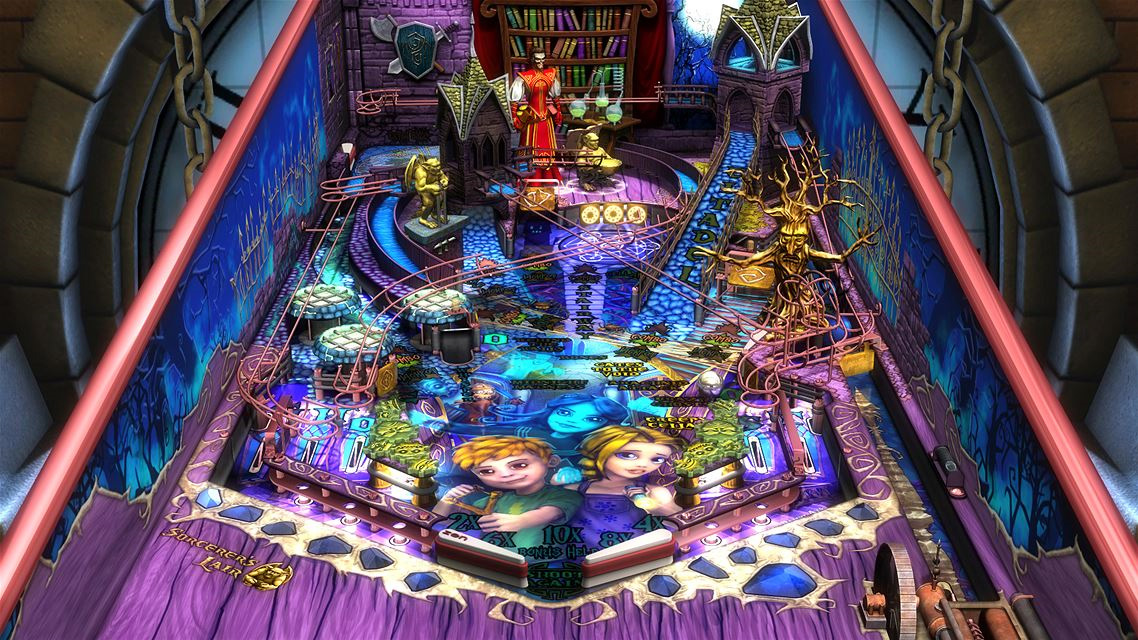 I enjoyed playing Pinball FX2 a lot on this generation, even far more than when I briefly played it last generation. It looks fantastic and this is free to play done right with the option of creating a library of what you want. Pick your tables to expand the experience and enjoy this solid Pinball recreation. This is the best Pinball you're going to play on consoles or in gaming as it perfectly captures Pinball. Get ready to find Whisper or head out into the weird world of mystic extra tables like Deadpool or Star Wars. I look forward to covering future tables and you will see my review of The Walking Dead table in the future when it releases.