"The Mask, the Comedy, the Anger"

The story of Guacamelee is one of action, comedy and eventual frustration. It certainly starts off with charm, but loses this at some point turning towards a more serious tone. This would be fine, though it comes with frustration along with a loss of that funny atmosphere. From jokes and happy streets you eventually just go down these dark dungeon paths. The game is split off in a RPG style providing multiple routes and paths as you make your way through it. Despite being linear in play if provides some room for movement in the 2D side scrolling environment. From going up or going down and then smashing through walls with additional skills is interesting. As you progress from a simply peasant you become a large contender by gaining skills and experience as you go along until you are ready for the darker portion of the game. There's a great variety in the landscapes across the land from desert to forests and even ancient deadly temples. I'll now move onto the main chunk of the game which takes place in dungeons as you move through the linear paths you come across these quite often. At first they were fresh and ever changing, but at some point they spiked until they just became plain annoying. Ever growing enemies along with weird side things trying to kill you while you were clearing them. This was the same with the puzzles that you came across with many just bothering my mind with simple though puzzling complexity. One of this being the whole change of dimensions between the undead and living as you used this to advantage in taking out enemies. This all arched together for some great boss battles and a really difficulty spiked ending boss fight which was ever more awful. There are also some side quests available from which you can indulge in if you choose. Everything you do gains money for yourself so that you're able to afford better skills and clothing for your character. The entire story can also be done in cooperative play as a friend can locally hop in at any moment. 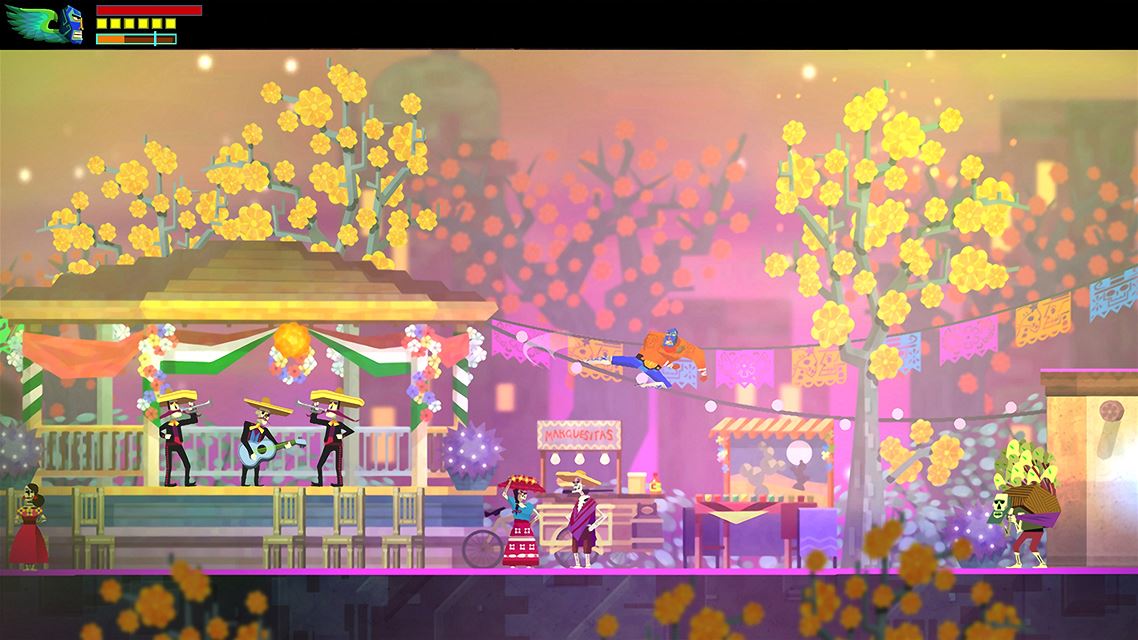 It certainly looks good and has a beautiful art style to it. The controls are well done though at times I had issues with them performing which caused some angry deaths. There were also parts which were rather annoying to perform and I did run into some glitches in terms of respawning. The combos were quite something to view when I got them going and it was neat having every enemy bring some new ability to the table. This required some skill and a lot of learning in order to hit the correct motions to take them out. The whole world structure was well developed and there's tons to explore, though at some moments the puzzles along with platforming was awfully done. 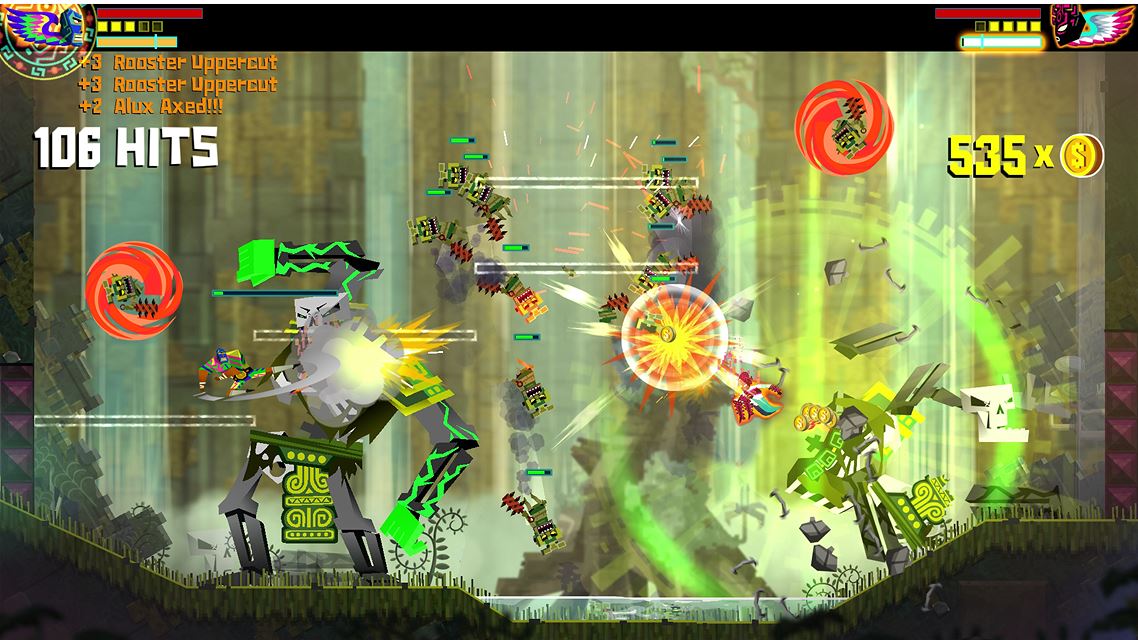 Guacamelee brings some interesting gameplay and a coop experience if you have a local friend to battle with. There's a great amount of combos and skills for you to master as you journey across the lands to save the girl. The story is well done with some humorous portions even though that gets left behind towards the end. Bosses and enemies have great variation for unique experiences. The world looks great with a unique style of play that puts it aside from other games, though there are some real annoying aspects to it. That end boss is especially awful in terms of difficulty and be ready for some frustrating moments if you intend to play all the way through.